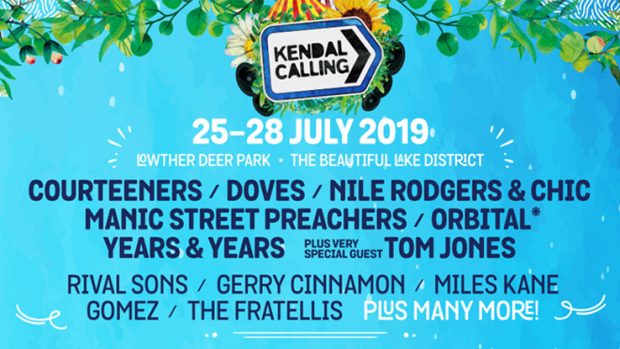 Courteeners, Doves and Years & Years have been confirmed for this year’s Kendal Calling, taking place on 25th-28th July.

The boutique festival has announced its full line up, which will see sets from the likes of Nile Rodgers & Chic, Manic Street Preachers, Orbital, Gerry Cinnamon, Miles Kane, Rival Sons, Gomez and Tom Jones in the beautiful Lake District.

The festival has also confirmed a number of electronic music artists, including Maribou State, Leftfield, Jax Jones and High Contrast.

Tickets to Kendal Calling 2019 are now on sale here.