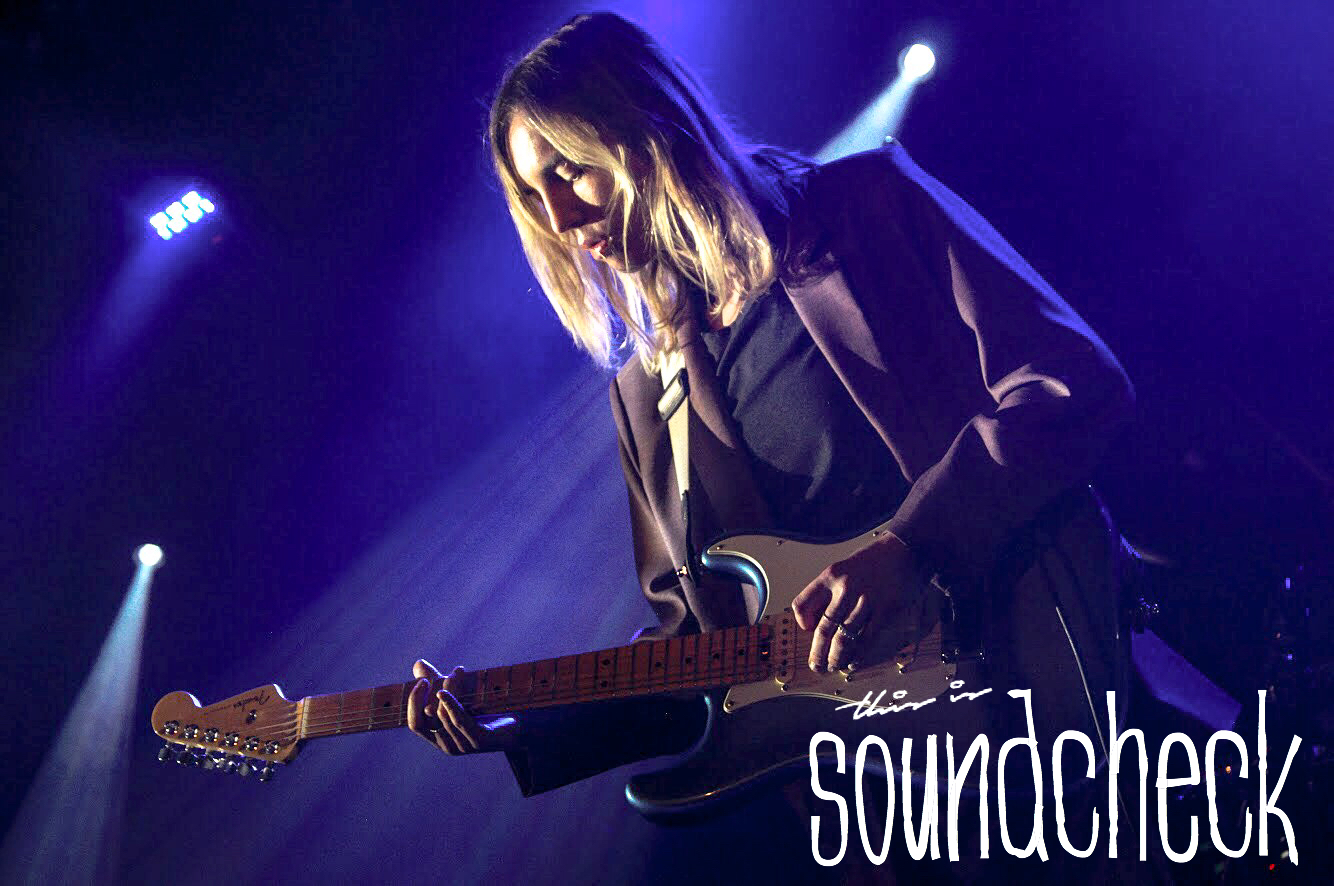 Hot on the heels of the successes of The 1975, Wolf Alice and Pale Waves, The Japanese House are sure to be one of the next big acts to break in to the mainstream. With a succession of singles behind her and a debut album on the way, Amber Bain aka The Japanese House surely teased what to expect tonight.

Opening up tonight was support act Art School Girlfriend. Performing as a soloist tonight, we get some gorgeous synth led guitar tracks that made the room swoon and melt to her unique stories of love and loss, hope and dreams. Another artist given the right promotion that should find success in her own merit.

The Japanese House arrive on stage and after a brief “hello”, launch straight in to their dreamy soundscapes with the upbeat ‘Face Like Thunder’. This segues nicely into ‘Somebody You Found’ which sees the audience warm up and groove along with the band.

Seemingly quiet with interaction tonight, Amber seems to prefer to let the songs do the talking for her. ‘Cool Blue’ and ‘You Seemed So Happy’ carry the room away to a warm summery location in their vibe, complimented by the jangly ‘Lilo’ another slice from her forthcoming debut.

‘Follow My Girl’, ‘Good Side In’ and ‘Saw You In A Dream’ add further weight that the album will be high amongst next years’ ‘Albums of the Year’. ‘Maybe You’re The Reason’ and ‘Leon’ are further examples of how to liven a room up ready for the final track of ‘Clean’.

On another dark and wet Wintery night in the Midlands, The Japanese House transported the audience to a majestic and tranquil Summery climate with her dreamy soundscapes. When they tour again next year, or at a festival, they are definitely worth checking out before the mainstream pick up on them.