Stereophonics Return For ‘All In One Night’ 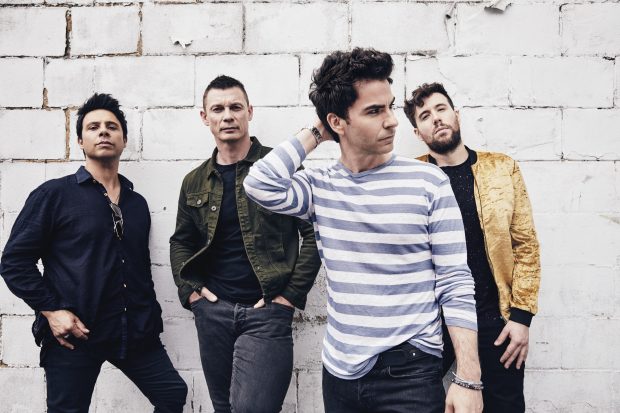 Twenty years after their debut album ‘Word Gets Around’ and six No.1 albums later, Stereophonics are set to release their new album ‘Scream Above The Sounds’ on November 3rd 2017 through Parlophone Records.

Kelly said of the songwriting process that he began to write;

““Big, anthemic songs that are rallying against those anxious feelings that have flooded through cities. Every song offers a sense of release,” he says, “Even when there’s nostalgia, fear or anxiety, they’re still all offering hope and room to manoeuvre.”

The first single, ‘All In One Night’ represents the band’s affection for the melancholy. Set to a consistent mid-paced rhythm which evokes a nocturnal motorway drive, it finds the narrator’s life taking a dramatic turn as night brightens to day. Influenced by the Sebastian Schipper film ‘Victoria’, it’s a song that had an unusual genesis – Kelly started it when the band had an unscheduled day’s stay in China before he finished it back home in London. Even the atmospheric call of the chorus was fortuitous, being an adaptation of a vocal exercise he was using.

‘Scream Above The Sounds’ was primarily recorded in the band’s HQ in west London with a further session at RAK Studios. Created with the help of regular collaborator Jim Lowe, it’s an album in which creative sonic touches add to the band’s emphasis on songwriting and melody.

Stereophonics will headline a number of UK summer festivals – Kendal Calling on July 28th, Y Not Festival on July 29th & Victorious Festival on August 26th – ahead of their set at BBC 2 Live In Hyde Park on September 10th.

Bonus tracks on the deluxe edition:
12. Never Going Down (live at RAK Studios)
13. Drive A Thousand Miles (‘Graffiti…’ Sessions)
14. Breaking Dawn (Written for ‘Twilight’)
15. All In One Night (Unplugged)
16. Caught By The Wind (Unplugged)