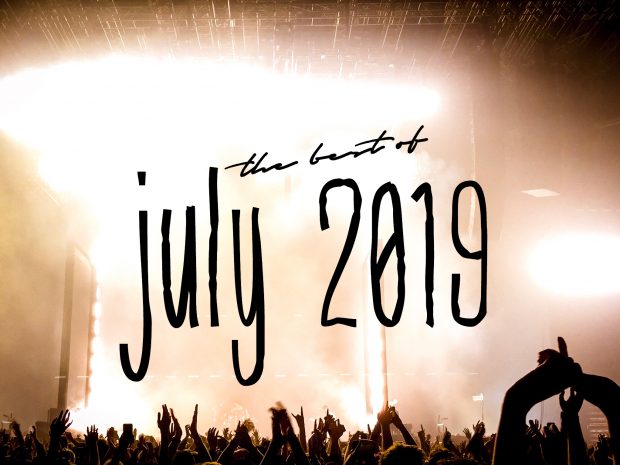 So with Festival Season now in full flow, the focus now is on these events across the UK as 2019 opens up in fashionable style. This is a roundup of what we consider to be the Top Ten events happening in July.

Paul Weller – Cannock Chase – Saturday 6th July.
Returning to the Forest Live event after four years, the Modfather himself is currently promoting his recent live album ‘Other Aspects’ recorded live at London’s Royal Festival Hall. With the event Sold Out, Weller is set to bring his huge hits to the intimate setting of Cannock Chase.
This date is currently Sold Out.

The Specials – Cathedral Ruins, Coventry – 9th-12th July.
One of the most revered bands the West Midlands has ever given birth to, Coventry’s two-tone legends return for five Sold Out shows in the grounds of their hometown’s Cathedral Ruins. Celebrating the release of their recent Number One album, these shows are set to be a festival of fun.
All dates are currently Sold Out.

Bloc Party – Various Dates – July.
Celebrating the 20th Anniversary of debut album ‘Silent Alarm’, Kele Okerke and Co. are tourning the defining album across the country. Expect to hear the album played in full with a few of the bands’ other hits throughout the set.
Tickets are available for selected dates via See Tickets.

Doves – Perry Park, Birmingham – Sunday 28th July.
Returning Mancunians Doves are set to play a huge outdoor gig in Birmingham at the city’s Perry Park. Supported by Johnny Marr, The Coral and local heroes The Twang, this is set to be a perfect summer evening day out
Tickets still available via See Tickets.

Truck Festival – Hill Top Farm, Steventon, Oxfordshire – Thursday 25th – Sunday 28th July.
One of Oxford’s best kept summer secrets, Truck returns for it’s 2019 edition with an incredibly bold line up. Bringing one of the best bands from the City back home for a huge headline slot, this is going to be one of the best of the Summer events. Lineup includes: Wolf Alice, Two Door Cinema Club, Foals, Slaves, Johnny Marr and more.
Tickets are completely Sold Out.