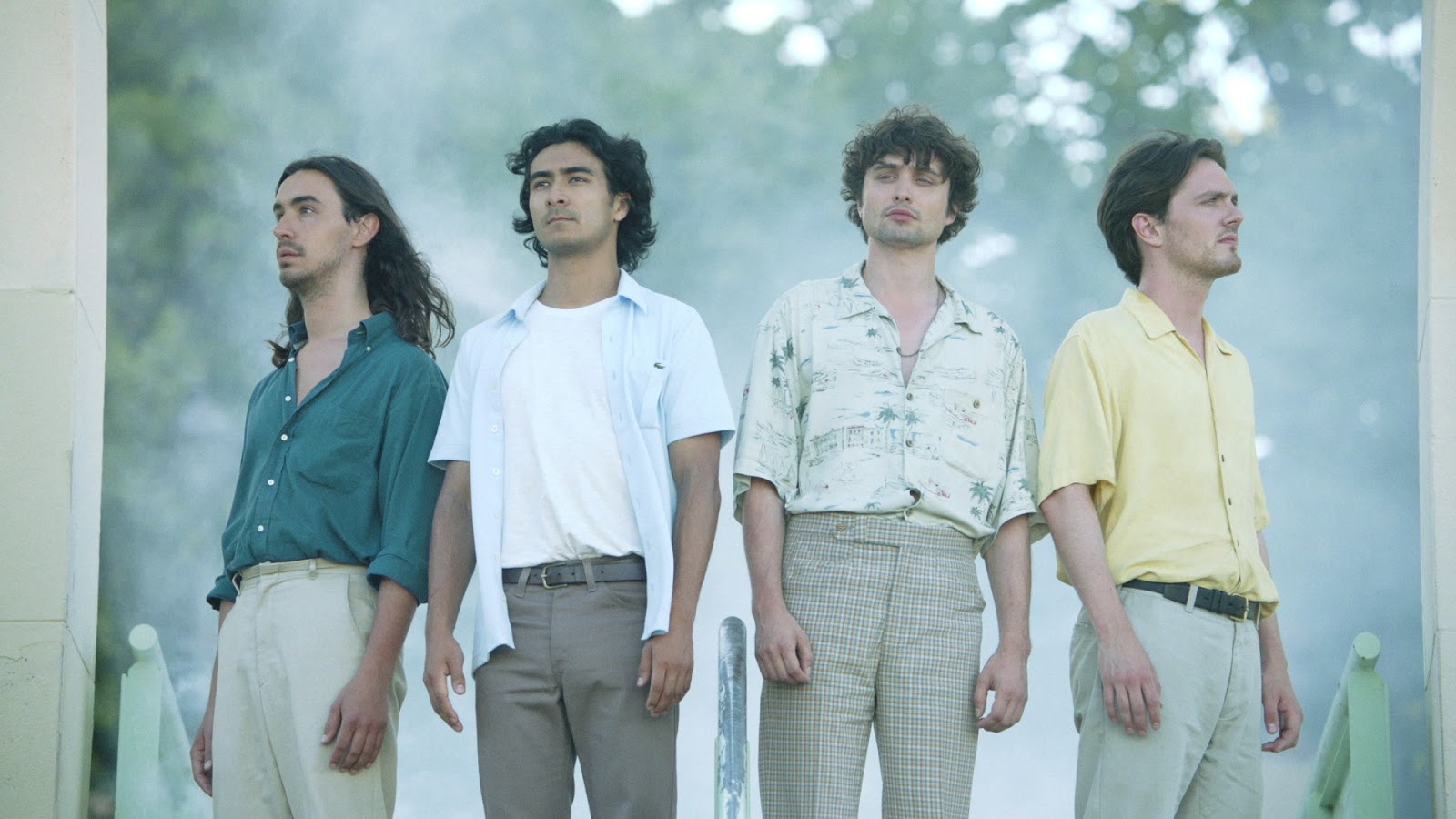 A cold and damp night in Wolverhampton City Centre finds a room full of people taking shelter waiting for one of the hottest new acts on the scene to take to the stage. Hidden away a few minutes walk from the bustling City Centre is the delightful Newhampton Arts Centre. Tonight the room is packed out in readiness for the London four piece, Flyte.

Just after 9pm the band arrive and take to the stage, launching straight in to recent single ‘Victoria Falls’. The small room is filled with the joys of pop sensibility, and the eloquent energy of harmonic heartbeats.

Finding comfort within their perfomance from the first notes, Flyte literally take off in to their own. Coming over as brash, confident and bolshy, they certainly have the songs to match. ‘Echoes’ and ‘Closer Together’ carry on the brilliant synth-pop sounds of the opener.

‘Harley Street’ and ‘Annie and Alistar’ from debut album ‘The Loved Ones’ are warmly received by the captive audience. Other highlights include ‘Sliding Doors’, ‘Orphans of The Storm’ and the brilliant ‘Little White Lies’.

Taking a moment to dissect the lyrics tonight, it’s evident that darker themes such as alcoholism, domestic abuse and mental illness burrow deep in to the meanings behind the songs on offer. Flyte take you on a journey back to the sounds of the sixties but bring you forward, taking historic conquests on an unforgettable mind-bending trip. The band fuse musical heritage with technological brilliance, as they mix ’60s-revivalist four-part harmonies with electronic beats and disco grooves.

‘Cathy Come Home’ sparks a huge reaction from the captivated crowd and leads in to final track of the set, ‘Spiral’. After a few moments pause and crowd encouragement, the band return for an encore. Beginning confidently with an acapella rendition of Alvvays’ ‘Archie, Marry Me’, this again sees the audience both listening carefully to the delicate tones alongside joining in with the chorus.

‘Light Me up’ blasts the final remanants of any cobwebs away before the band head to the centre of the audience, bringing the final track to an intimate setting. A brilliant acoustic ‘Faithless’ closes the show perfectly. There isn’t a person in the room who feels short-changed or didn’t enjoy this performance. Flyte compile the blisses of symbolic sounds past and present, creating live performance almost literary in depth.