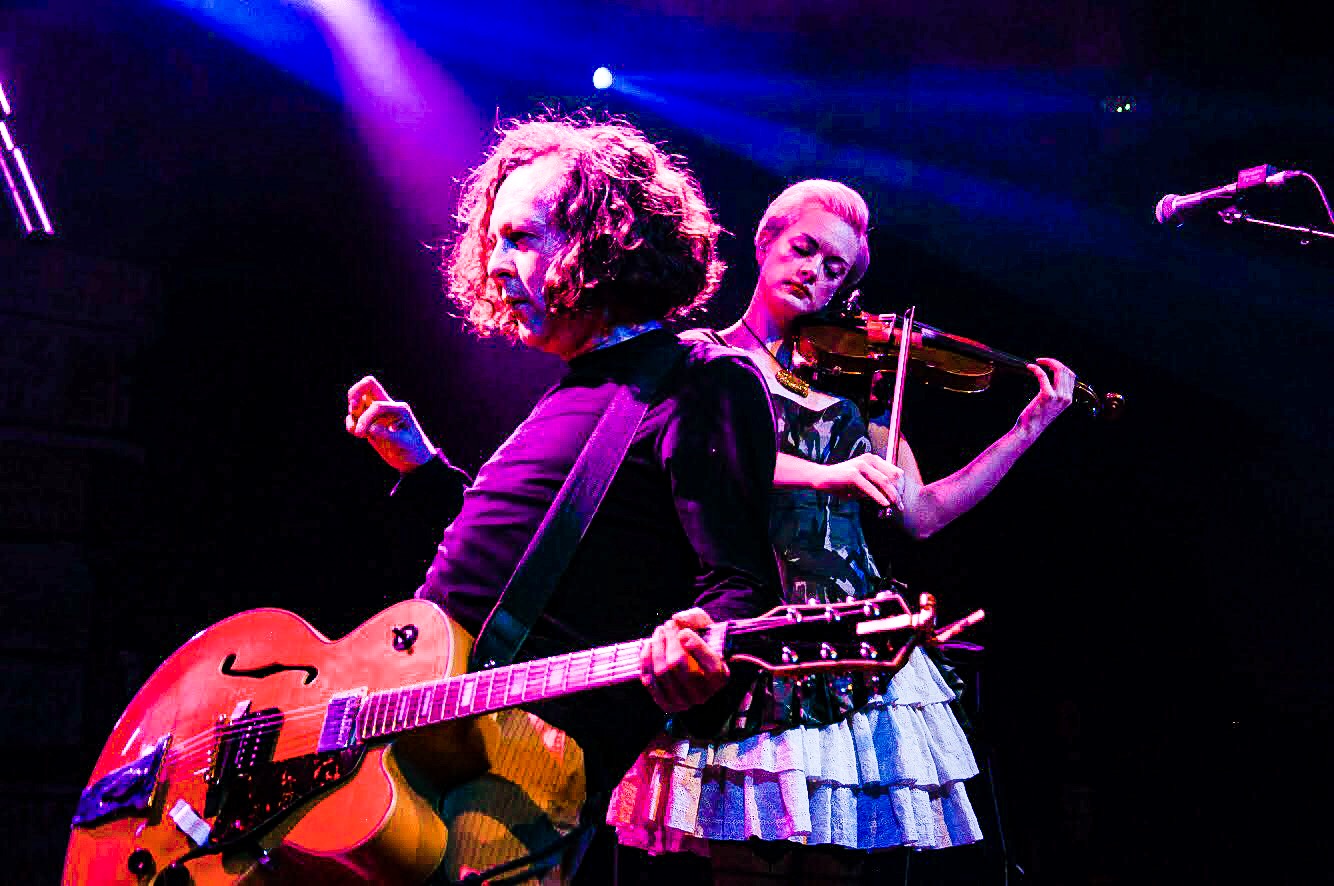 Nineties nostalgia was rife this last weekend as the finale of ‘Love From Stourbridge’ tour rolled in to the o2 Academy in Birmingham. The last time The Wonder Stuff and Ned’s Atomic Dustbin toured together was early in the 1990’s. With both acts hailing from nearby Stourbridge, the tour was nicely titled.

Tonight, playing to the second night of a sold-out capacity crowd, the fans of both of these bands were transported back in to a time-warp full of nostalgia. On warm up duties tonight is another Stourbridge persona, Graham Crabb from the long-lost Pop Will Eat Itself, who played a DJ set to a very hyper crowd.

First up on the rotating co-headline stage were Ned’s Atomic Dustbin. Leading the returning grebo heroes to a high-energy set is frontman Jonn Penney. During the set he stated “This is the first UK wide tour we have completed in 20 years!” Having lost none of the energy since they were last in the limelight, The Ned’s put on a confident and stunning show, cramming a full 20-song set in to an impressive 70 minutes.

Kicking off proceedings was ‘Suave And Suffocated’ which got the room bouncing. After this, they reminded us just why they were so well loved as the hits kept coming; ‘Not Sleeping Around’, ‘Trust’, ‘A-leg In His Own Boots’, ‘Terminally Groovy’ and ‘Intact’ saw the audience sing a long at the tops of their voices and both band and audience seemed to feed off each other. There was even time for a two-song encore, ‘Kill Your Television’ saw a call-out-response situation as Penney leaned towards the crowd only for them to hurl the words straight back at him. Finally, ‘Chaotic’ was exactly as the title would suggest, loud, brash and intense. Fair to say that The Ned’s have been missed.

The main act tonight were the equally as impressive and equally loved The Wonder Stuff. Launching straight in to a heavy version of ‘Red Berry Joy Town’, the room exploded as everyone was on board to make this a night to remember. ‘On The Ropes’ brought a huge sing-a-long which lifted the roof as Miles Hunt prowled the stage with the enthusiasm and hunger of someone half his age would, whilst Erica Nockalls swooned away on the violin.

The thing with The Stufies is that you can easily forget just how relevant to musical culture they have been. Hit after hit kept coming; ‘A Wish Away’, ‘Circlesquare’, ‘The Size of A Cow’, ‘It’s Yer Money I’m After, Baby’ and a closing rendition of ‘Give, Give, Give Me More, More, More’. It didn’t take long for the audience to call out for more and the band to return. Kicking off the encore with ‘Unbearable’ and finishing off with a balmy ‘Ten Trenches Deep’. Miles thanks the audience for all the support and declares that they will see us soon.

In a very confusing world, nostalgia can return us to moments where we remember the happiest of times. Both Ned’s Atomic Dustbin and The Wonder Stuff did exactly that during these performances. Let’s hope it’s not too long before there is a return to the delights of Stourbridge again.