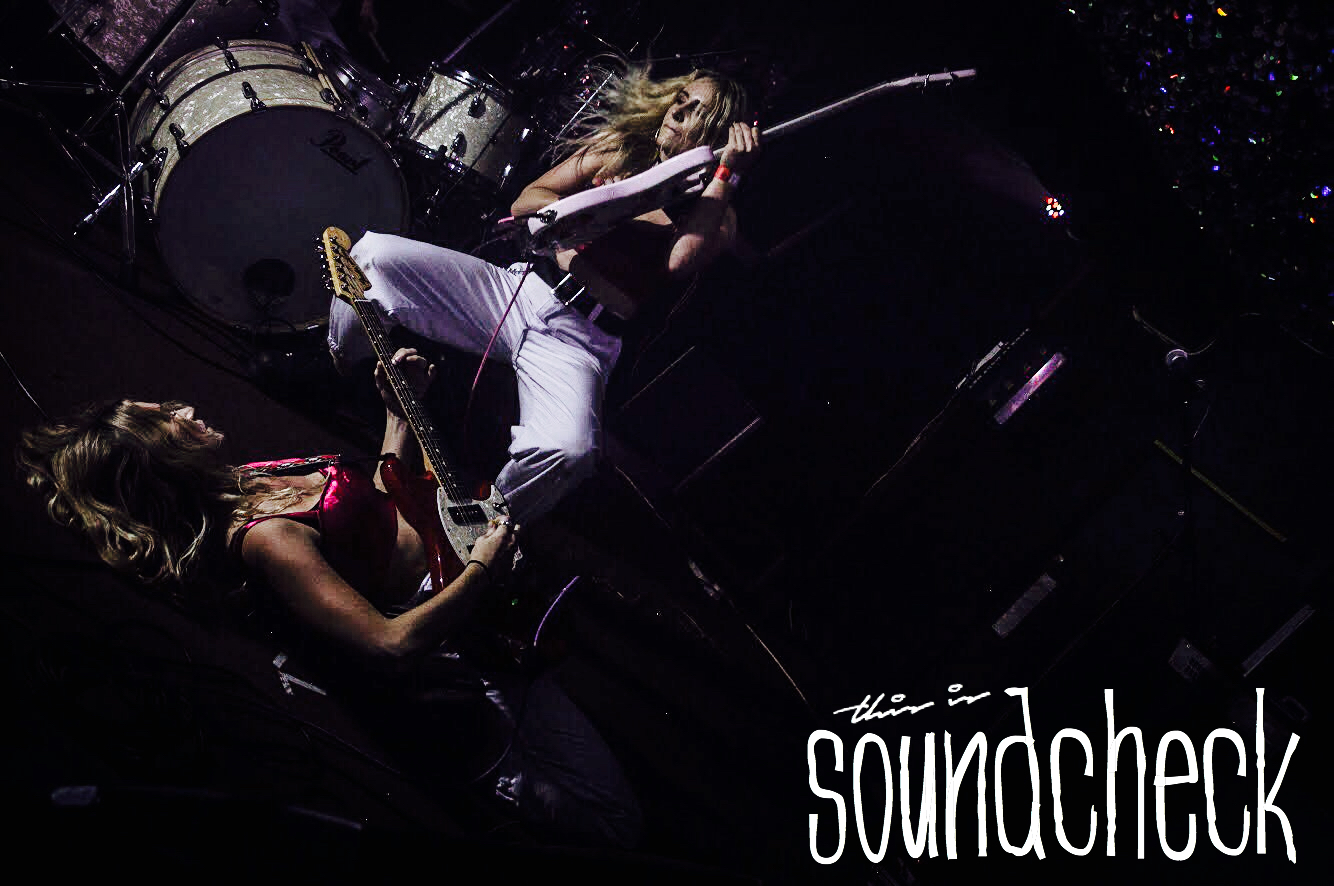 Hot on the heels of a great show in Birmingham only days before, we scooted over to Coventry for the final show of the current UK Tour for Hey Charlie.

Tonight’s was something a bit different though, the set tonight was to be held at the Kasbah’s weekly nightclub and the band set to take the stage at Midnight.

We get locals Ravens open up for us who provide 30 minutes of brilliant Doves crossed with The Specials type tracks from their forthcoming record. We also get a set from main tour support Free Galaxy who again impress with their bulging rock anthems.

Arriving a bit later than scheduled, Hey Charlie arrive onstage and launch with a bang in to set opener ‘She Looks Like A Dreamer’. The girls appear to be enjoying the atmosphere that has built up in the venue and are feeding from it by being very energetic on stage. Lizz suddenly becomes agitated and signals to the sound guy repeatedly that her guitar can’t be heard.

That little ounce of frustration spills over to Sophie as her mic is anything but loud. This propels the girls to still perform as if it’s their last show ever. What follows is one of the most energetic performances we’ve seen in a long time!

Tonight’s set is peppered with many highlights; ‘Hey’ shakes the foundations, ‘Not Together’ and ‘Electric Dream’ show promise of the future of the band with their rocked up deep cuts. Tonight, the latter sounds incredible and Lizz’s vocals sound perfect. In a bizarre twist, it almost seems to segue in to ‘Little Baby Nothing’ by Manic Street Preachers and suddenly, as with The Anchoress, the though of a collaboration between the Manics and Hey Charlie seems a delicious idea.

‘Annabella’ is delicious punk and sees Sophie sat cross legged on the front of the stage singing but barely audible due to the awful sound issue. ‘Love Machine’ is as stunning as always and instead of Lizz prowling through the crowd (due to there being a front barrier) she instead stands atop a speaker purring her vocals to the front rows.

The final song tonight is the brilliantly energetic ‘Cheer Up Princess’ which finds both front women on their backs playing like pros and Lauren becomes an animal behind the drumkit as the song rocks out to a climatic ending.

For the final time tonight, the girls all appear front of stage, heads bowed in their trademark pose before returning to the instruments and kicking off in to a final ‘Bad Things’.

As with Birmingham a few nights previously, the girls end their set, come off stage and head towards the merch desk to meet people. With the majority heading straight outside or to the bar, there are only a few hardcore fans meeting them tonight. But as always, the girls are adorably cute and accommodating to everyone waiting to get an autograph or a selfie. Professional as always!

Hey Charlie may not be on everyone’s radar at the moment, but if you do yourself one favour, next time they tour, go and see them. A band of this calibre will not be playing intimate venues for long and will certainly become one that you wish you would have said “I saw them before they were famous”.