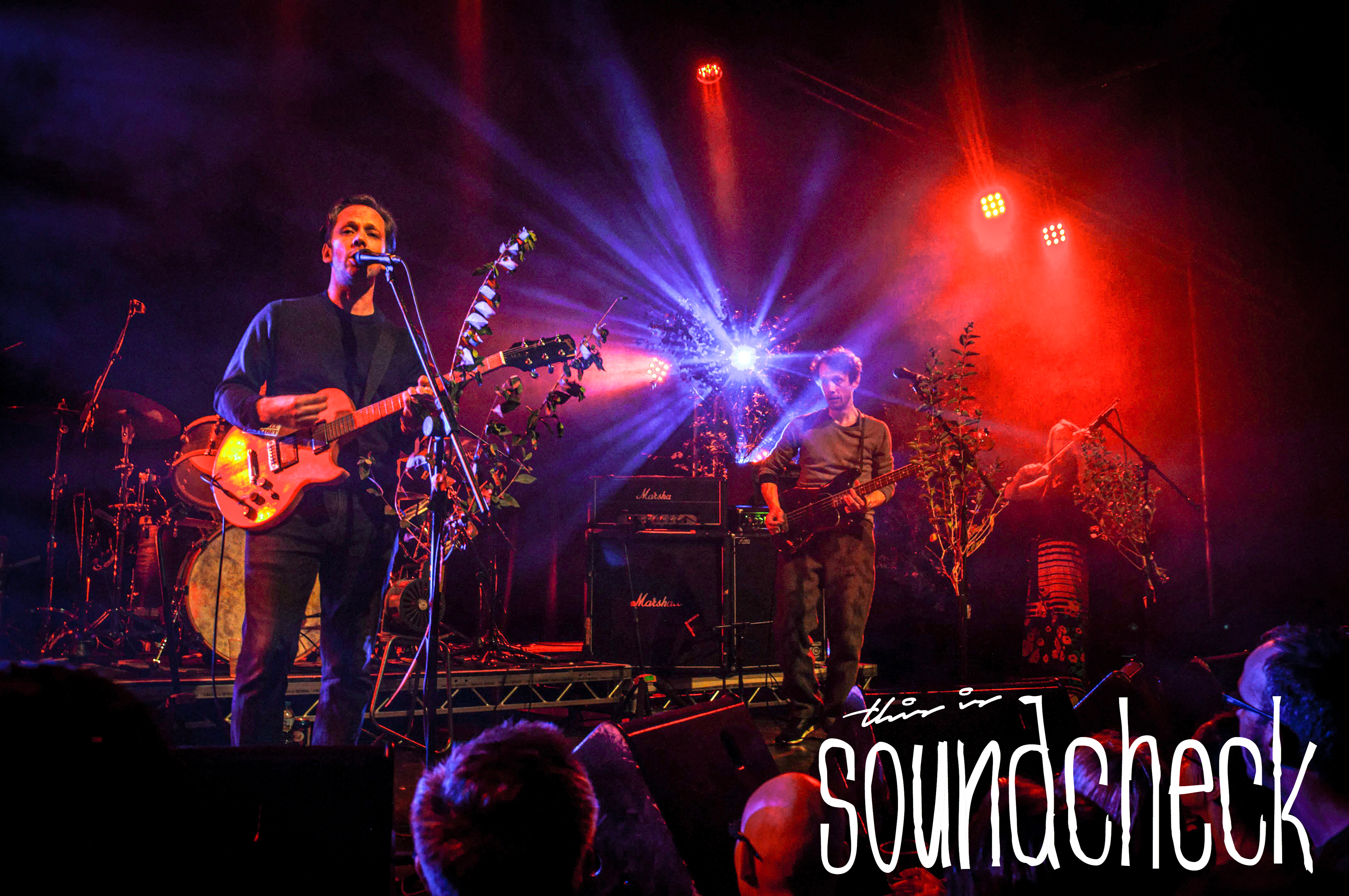 British Sea Power have always been a bit of a wonderment in the UK music scene. An incredible and well received debut record, a decent follow up and then, to the majority, disappeared from the charts (due to a lack of media support). Unbeknownst the those masses however, British Sea Power have gone from strength to strength. Released numerous albums, soundtracked a lost war movie, gained nothing but high praise from those in the media who kept them on their radar, all alongside numerous support slots, headline tours and festival appearances.

Tonight is their first live appearance of 2019 and one of the first major concerts in a brand new to the scene venue in deepest Digbeth. Based inside the South Birmingham College building virtually next door to the o2 Institute. We now have a new venue on the scene that is capable of holding 1,500 people, feeling like a compact version of the much larger Birmingham Arena crossed with an old school hall, contains a very decent sound system, and goes for the “no security pit” – audience right up to the foot of the stage feel.

There had been plenty of rumours around the audience prior to them coming on stage about how refreshed the band are, and how they are going to be playing a lot of older tracks. Clearly, anticipation was high tonight for the comeback. With the traditional foliage adorning the stage, British Sea Power arrive on stage in front of a capacity crowd and launch straight in to ‘Machineries of Joy’.

The renewed energy is instantly visible in the band within the first few moments. ‘Who’s In Control’ comes next followed swiftly by the classic ‘Lights Out For Darker Skies’. But the first biggest cheer from the audience tonight arrives early with a stunning rendition of ‘Remember Me’ from their debut ‘The Decline of…’

As ‘Atom’ starts up, there is a comment from the audience from someone who appears to have been dragged along knowing nothing about the band, stating: “for a band who seem to be obsessed with World War II, they aren’t half bad”. As the audience member finishes saying this to his friend, an old war siren is brought on to the stage and in comedic timing starts wailing out down the microphone emulating the panic of a war torn country being notified of an incoming air-raid.

Yan, Noble, Hamilton, Wood, Phil and Abi are on fire tonight. There does seem to be a renewed vigour about them. Their set feels heavier than in recent times and flies along at the speed of a Spitfire. Continuing highlights include: ‘A Light Above Descending’, ‘Blackout’, ‘Bad Bohemian’, ‘Mongk II’ and ‘No Lucifer’. Another classic from the debut closes the main set tonight, a lively rendition of ‘Carrion’.

The band return for an even livelier encore beginning with ‘A Wooden Horse’. ‘The Spirit of St.Louis’ arrives and sees the appearance of their famous giant bear making his way through the tightly packed audience. ‘Waving Flags’ feels celebratory as it’s bassline feels like it is shaking the venue to the core. But the closing ‘The Great Skua’ sees everyone in the room joining together in unison as the song bows out and the band bid us a final farewell and safe journey home.

Relating back to the audience comment earlier, it does feel like we have been taken on a journey through history tonight. The first part felt like the opening of war, hitting us loud and with a bang, then we were told about the struggles and attacks on both sides, leaving us at the encore with a hope for something more. The encore was the win and surrender. Exciting, exhilarating and wonderful. If only more bands could convey the power and prowess British Sea Power have, we would certainly have a more varied and interesting soundscape. However, there is only British Sea Power who can truly save us.