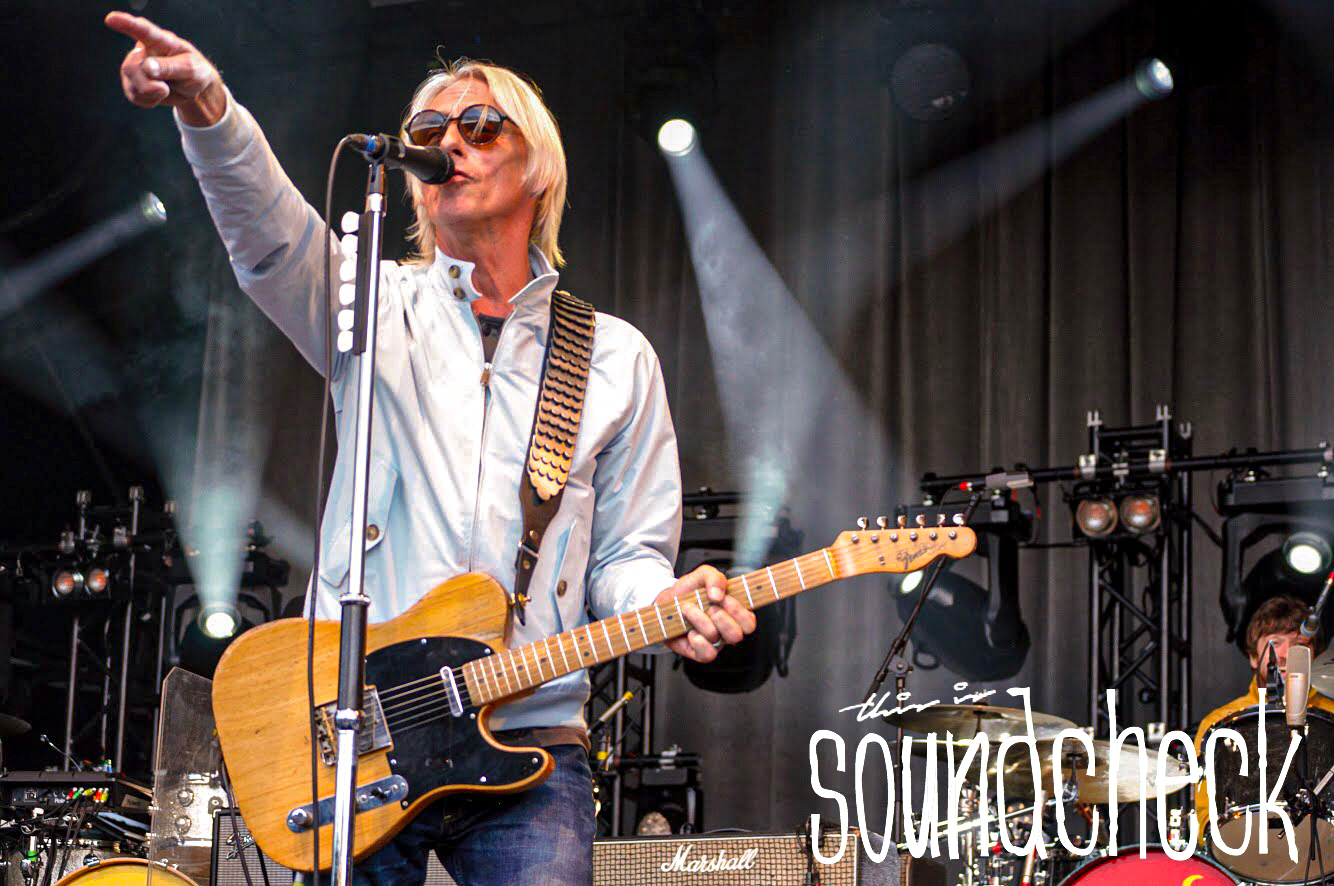 After a cloudy and drizzly day, the skies cleared over Cannock Chase just before the arena doors opened. People began to pile in with chairs, food and drinks flowing and a relaxed but celebratory atmosphere surrounded the natural amphitheatre at Birches Valley.

Returning after a four year break, Paul Weller aka The Modfather was hitting the stage for the final of his Summer Forest Live dates. Opening up tonight were Birmingham’s own Stone Foundation who managed to win over a Sold Out audience with their brand of indie meets ska fusion.

At exactly 8:40 pm, Weller and band arrive on stage and launch straight in to ‘I’m Where I Should Be’ from 2015’s ‘Saturns Pattern’. This gives way and moves seamlessly in to The Style Council’s ‘My Ever Changing Moods’ which delights the audience.

The hits do not stop coming over the next two hours. We get plenty of deep cuts from Weller’s past, the majority from his highly successful and influential solo career. ‘From The Floorboards Up’, ‘Out of the Sinking’, ‘Mermaids’ and ‘Woo Sé Mama’ prove that at the age of 61, there is no stopping a man who has been on form for years.

Whilst introducing Ocean Colour Scene’s Steve Cradock, we also learn that local legend and “one of my favourite drummers… Mr Bev Bevan!” Is sat side of stage as an invited guest. Cradock then introduces us to one of his personal favourite Weller tunes, ‘Hung Up’ which again delights the audience.

Singalongs are a plenty tonight as hit after hit arrives. Naturally however, to the more mature in the audience, tracks from his previous bands (The Jam and The Style Council) cause loud cheers to echo around the arena. ‘Man In The Cornershop’,‘Have You Ever Had It Blue?’ and ‘That’s Entertainment’ are flawless.

We are treated to a couple of ultimate deep cuts and rarely played tracks tonight. The gorgeously relaxed ‘Strange Museum’ shows off Weller’s piano skills and the rockingly brash ‘Brushed’ are a welcome relief to his set and seem to be lauded up by the thriving audience. The Style Council’s ‘Shout To The Top!’, ‘Into Tomorrow’ and ‘Peacock Suit’ are final highlights of the main set.

Paul Weller is one of the few artists who deserve an encore in modern performance, and after a good few minutes break, the whole band return to deliver a tightly packed 6-song set. ‘Saturn’s Pattern’ and ‘Broken Stones’ start off perfectly before the onslaught of crowd pleasers. ‘Start!’ And ‘Precious’ from The Jam days delight. A cover of Curtis Mayfield’s ‘Move On Up’ is incredible but the final closing rendition of ‘Town Called Malice’ is the perfect end. Band and audience unite in chorus as the ‘lalalala la-la’s e ho out across the Staffordshire night sky.

Weller delivered another top performance in Cannock Chase on Saturday night. Always a professional and seemed very relaxed on stage, it is always a delight to see him perform when he’s fully enjoying and losing himself in the melody.