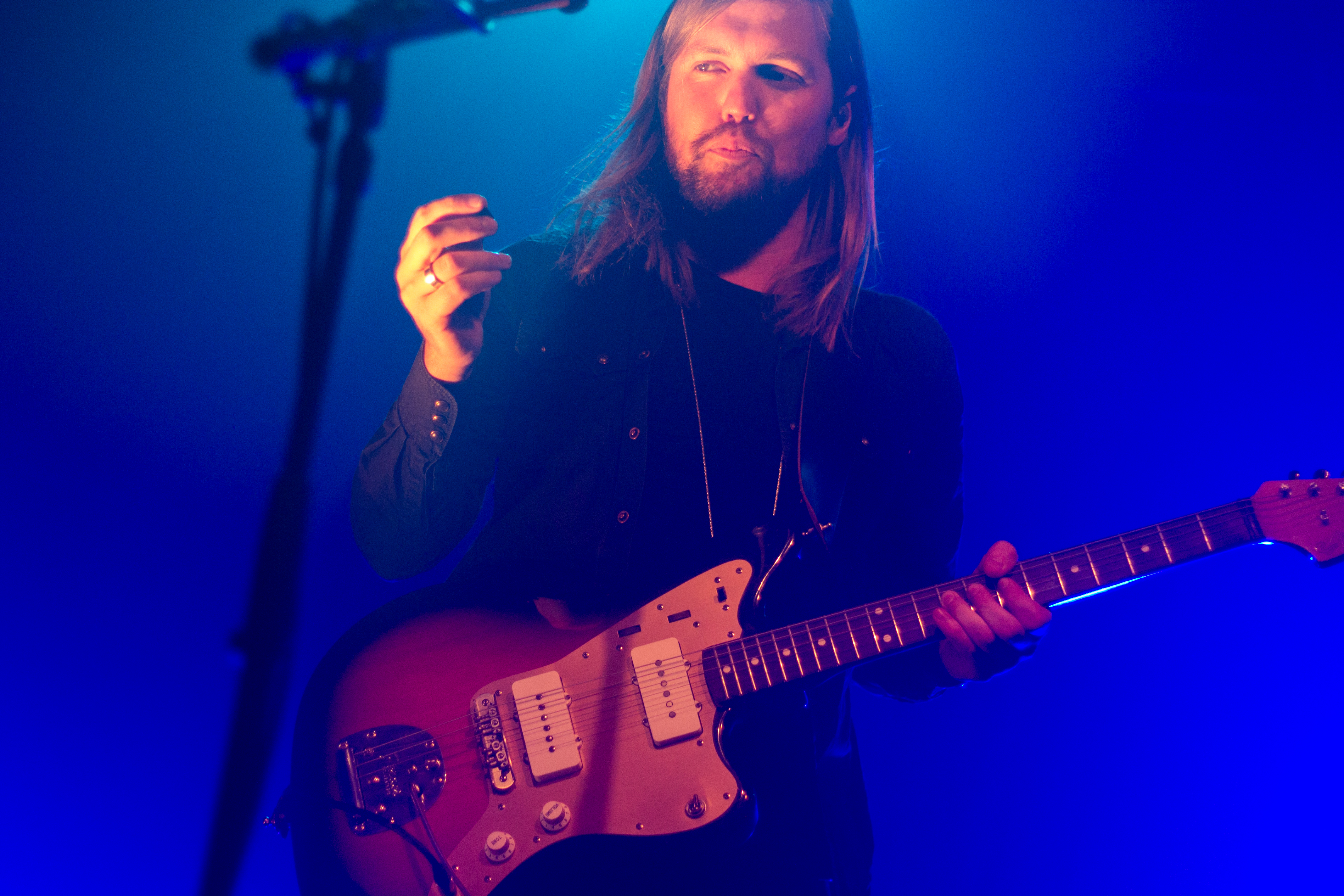 The full moon rises over Oxford as BAND OF SKULLS bring their dark and anthemic blues rock to town.

Having seen Band of Skulls’ set at Reading Festival 2012 – sitting in the sun, a very long way off, I was looking forward to the opportunity to see them in a much more intimate venue – and I was not disappointed. Support act BO NINGEN, kicked off the night with their strange and electrifying mix of punk, metal, jazz, and just about any other genre you can think of. The band never once seem to stand still, and this energy, coupled with a strobe lighting effect that makes it seem like the band are almost disappearing and re-appearing around the stage. The music itself is a cacophony that shouldn’t really work, but the band make it, with skill and apparent ease. Bo Ningen seem to be the perfect choice of support – they warm the crowd up, provide an excellent live show in its own right, and prepare them for the volume coming up, but are not going to outshine Band Of Skulls, in terms of good, hard riffs and punchy, sing-a-long choruses.

To fit in with a 10pm curfew, Band of Skulls take to the stage at 8:15, yet despite this early time, the crowd are primed and ready – chants of “BAND OF SKULLS, BAND OF SKULLS” seem to crop up every 5 minutes from the moment Bo Ningen left the stage to the moments band of Skulls take to it. For the headline act themselves, the lights are dimmed and Etta James’ “It’s A Man’s Man’s World” plays over the speakers, hushing the audience. Walking on stage to rapturous applause, the band tease the audience from the very beginning – opening the set with the slow, stop-start of “Light Of The Morning”, the first track of their debut album – with lead singer Russell Marsden slowing the song right down, only letting the all too eager audience sing along when he thought the time was right.

The rest of the set went from strength to strength, drawing pretty evenly from each of their three albums, with a slight focus on their new one, “Himalayan” (our 4-star review can be read here). A dedicated audience, with a very large age range, from pumped up teenagers to people that look like they could be bringing their grandkids to the gig. Highlights of the main set are the dark, brooding, “Sweet Sour”, and “Himalayan” opener “Asleep At The Wheel”. The refrain of the latter song seems pretty apt for the gig “Where we are going is anyone’s guess”, as the band play fast and loose, seeming to enjoy every second they’re on stage, and not knowing where the next second will take them.

Finishing the main set with the fantastic, and very danceable, “I Know What I Am”, they return for the encore, with the slow, lighters-in-the-air jam of “Cold Fame”, before launching straight into the raucous “Hoochie Coochie” and “Hollywood Bowl” Despite a set of many strengths, they most definitely saved the best for last. With every surface and person dripping with sweat at the end of the gig, you can see Band Of Skulls have done their job right, and they did it with such skill and aplomb that could easily see them packing out much larger venues.