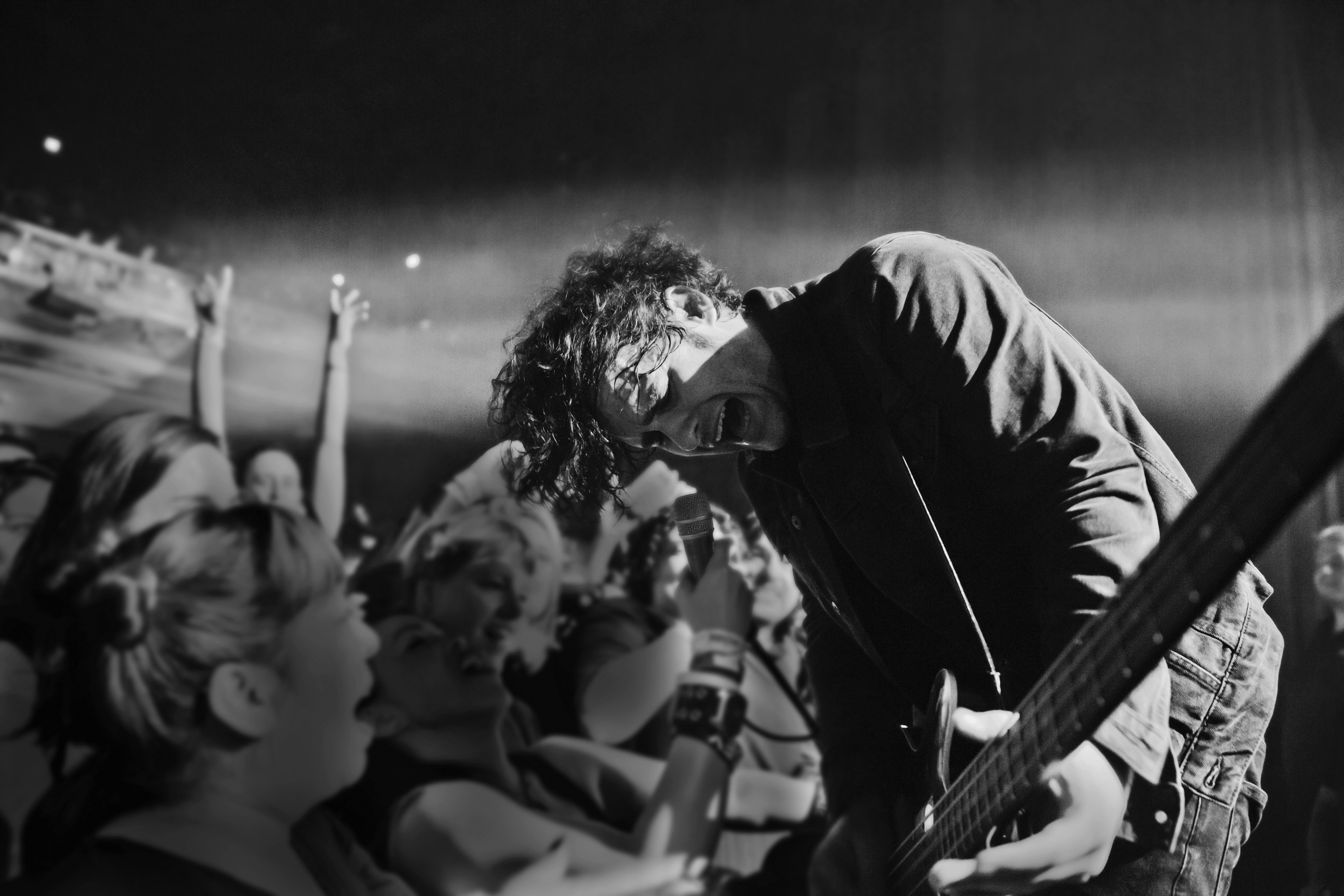 Black Rebel Motorcycle Club are currently putting the finishing touches to their forthcoming eighth studio album, the follow-up to 2013’s ‘Specter At The Feast’, entitled ‘Wrong Creatures’ which will be released on January 12th 2018.

BRMC, aka: Peter Hayes (vocal, guitar, harmonica), Robert Levon Been (vocal, bass, guitar) and Leah Shapiro (drums) started to formulate the album in the summer of 2015. Shapiro was six months clear of life-saving brain surgery for Chiari Malformation, a rare disorder the restricts the flow of spinal fluid between the brain & spine . The trio had come off a tour and began sketching out new songs in their private lockout space appropriately nicknamed ‘The Bunker’ in North Hollywood.

Robert stated: [quote style=’1′ cite=”]“It’s a crazy making machine, it can chew you up good, I mean we literally toured ‘till the wheels came off and Leah’s brain literally started leaking out of her head. I know I’ve battled on and off with mental depression, and Pete’s head never came with any proper instructions.”[/quote]

Nick Launay, famed for his work with Yeah Yeah Yeahs, Arcade Fire and most significantly here Nick Cave & The Bad Seeds, came in to produce the album, and became a fundamental part of the BRMC machine, providing the band with a sounding board. Been added: [quote style=’1′ cite=”]“I find myself writing about death a lot. I find myself having a discussion with death, which sounds dark. For me, it’s dark humor. We are truly an island – come hell or high water, so it’s usually best to dress accordingly. Though I’m not sure what the proper attire is when drowning in fire. But leather usually goes with everything.”[/quote]

The band also released their first track ‘Little Thing Gone Wild’ today, which will be an instant grat track with the album pre-order. It’s a dirty, sexy, rollicking ride of big licks and heavy bass – and the first taste of the album. It’s also the inspiration for the LP’s title, drawing on a lyrical passage. “Lord you hear me loud into my soul speaker, why won’t you let me out, you’ve got the wrong creature”. Preorder link for the album is HERE.

The band recently revealed that they were returning to European shores with a comprehensive live itinerary. Dates are listed below.