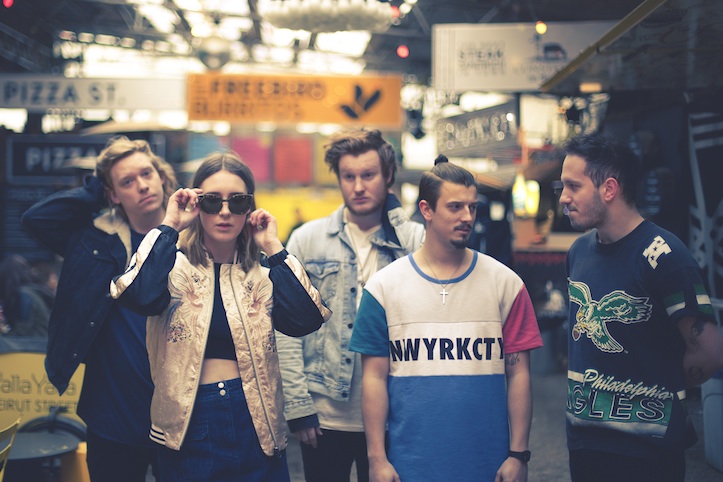 Fickle Friends have unveiled the video for their new single ‘Cry Baby’, alongside a brand new set of UK tour dates for the autumn that will see them play their biggest London show to date at Heaven on the 1st December.

‘Cry Baby’, announced earlier this month, was the brilliant follow up to the bands debut track ‘Swim’. Another perfect slice of shimmering, incandescent indie pop, it’s proved to be a festival favourite for the band, receiving high praise from fans and critics alike. The accompanying video, which premiered last night on NYLON, adds yet another layer of twisted fun to the track, perfectly capturing the spirit of the band.

Of the video, frontwoman Natti Shiner says:
[quote style=’1′ cite=”]Both the song and video are inspired by the Waters film…aesthetically and musically. It’s pretty cynical and I wanted to create a video that reflected that and the dark twisted and almost uncomfortable elements seen in the Cry Baby film.”[/quote]

Accompanying this video announcement, following an immensely exciting opening set of the NME/BBC Radio 1 Stage at Reading & Leeds Festival last weekend, the Brighton five- piece also announce the dates for their forthcoming UK tour. Kicking off in Hull on the 18th November, the band play 10 dates across the UK before reaching their biggest headline show at London’s Heaven on the 1st December for what promises to be a magnificent show from a band whose star is now set firmly in the ascent. See full dates below.