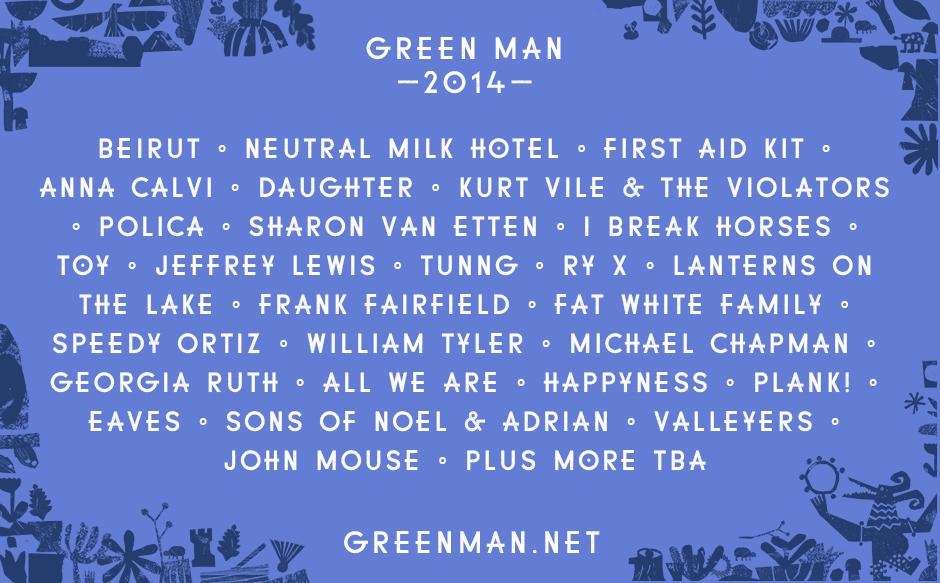 Acts including BEIRUT, NEUTRAL MILK HOTEL, and FIRST AID KIT have been announced for Green Man Festival. Beirut have been confirmed as Friday’s headline act, and Neutral Milk Hotel are set to close out the evening on Sunday.

The festival, which takes place in Wales’ Breacon Beacons, was originally launched as a one-day festival with a capacity of just 300. However, 2014’s seven-day festival is expected to attract over 20,000 festival-goers. Alongside a line-up of international musicians, the festival also features art installations, comedy sets and sections of the site dedicated to under 18s and families.

Tickets are now on general sale. The full line-up so far is as follows: