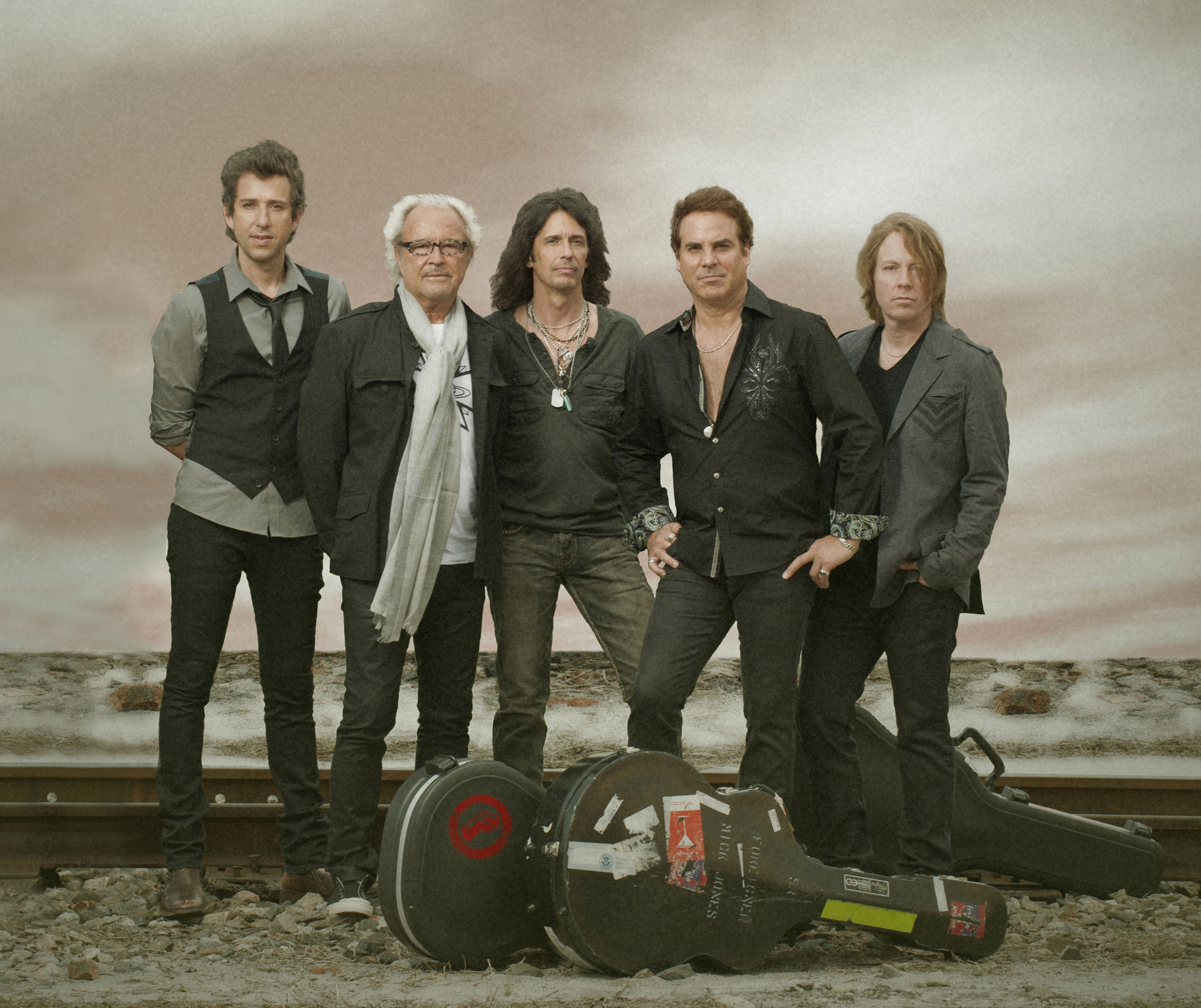 FOREIGNER with special guests EUROPE and FM, will appear onstage together for the first time ever taking in nine dates across the UK throughout April 2014.

Tickets for the tour go on sale at 9am on Friday 16th August priced £38.50 regionally and £39.50 in London (subject to per-ticket charge plus order processing fee) and are available from www.livenation.co.uk or www.ticketmaster.co.uk with official VIP packages available from www.VIPNation.co.uk.

“I’m thrilled to be coming back home to England and touring with Europe and FM,” says Foreigner’s founding British member and lead guitarist, Mick Jones. “We’re looking forward to having a great time.”

FOREIGNER, one of the biggest rock bands of all time, are internationally renowned for creating some of the most iconic songs in rock music. With ten multi-platinum albums and sixteen Top 30 hits, Foreigner is universally hailed as one of the most popular rock acts in the world with a formidable musical arsenal that continues to propel sold-out tours and album sales, now exceeding 75 million.

Responsible for some of rock’s and roll’s most enduring anthems including “Cold As Ice,” “Juke Box Hero,” “Feels Like The First Time,” “Urgent,” “Head Games,” “Waiting For A Girl Like You,” “Say You Will,” “Dirty White Boy,” “Long, Long Way From Home,” and the worldwide #1 hit, ”I Want To Know What Love Is,” Foreigner continues to rock the charts more than thirty years into the game.

Special guests are the legendary, multimillion selling, Swedish hard rock band EUROPE. Hot off the heels of a Spanish tour with Def Leppard and Whitesnake, Europe have made nothing short of a remarkable comeback with their last four studio albums, “Start From The Dark,” “Secret Society”, “Last Look At Eden” and their ninth and most critically acclaimed studio album “Bag Of Bones” which was declared the 16th best rock album of 2012 by the Classic Rock Magazine.

Europe will perform songs from their last four albums, plus their classics including “Rock The Night,” “Superstitious,” “Carrie,” “Let The Good Times Rock,” “Prisoners In Paradise” and their worldwide No. 1 rock anthem “The Final Countdown.”

Special guests FM will be opening the concerts on the upcoming UK tour. FM formed in 1984 and quickly hit the road touring with the likes of Meat Loaf, Tina Turner, Foreigner, Gary Moore, Status Quo and the white-hot Bon Jovi on their “Slippery When Wet” tour. FM released their debut album “Indiscreet” in 1986 to great critical acclaim.

For the next 12 years FM consolidated their position at the forefront of British melodic rock, touring everywhere they could to promote releases such as 1989’s “Tough It Out” and 1992’s “Aphrodisiac.”