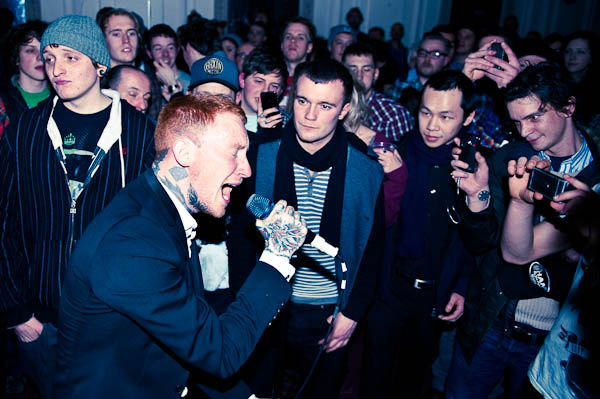 Pure Love, the new band featuring former Gallows frontman Frank Carter, have announced details of their first UK tour. The tour, which consists of six shows in total, is to coincide with the release of the band’s second single ‘Handsome Devils’ Club’ Club’ on 22nd July. The tour begins at Birmingham’s Glee Club on 18th July and runs until 25th July, when the band headline York’s Duchess venue.

‘Handsome Devils’ Club’ is the second track to be revealed from the band’s as yet untitled debut album, which they are currently working on with Foo Fighters and Pixies producer Gil Norton. It follows the release of ‘Bury My Bones’ as a free download earlier this year. Pure Love, who also feature former Hope Conspiracy guitarist Jim Carroll in their line-up, are set to release their debut record later this summer and have recorded the album in Brooklyn, New York.

You can watch the video for ‘Handsome Devils’ Club’ by scrolling down to the bottom of the page and clicking.