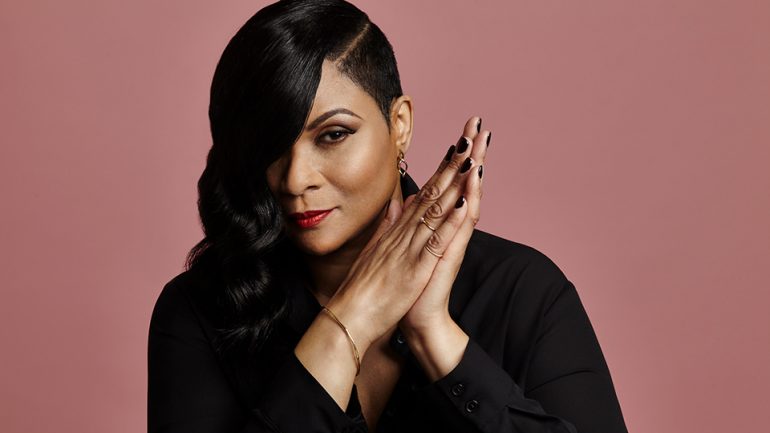 Gabrielle is back! The record-breaking, chart-topping singer songwriter returns this Summer with the album, ‘Under My Skin’, her first studio record in 11 years. The album drops on 17th August and can be pre-ordered now from her official website. The first single from the album, Show Me, premieres today and can be listened to here https://Gabrielle.lnk.to/ShowMePR.

Last year, Gabrielle connected with Grammy-nominated producer Steve Chrisanthou to write the comeback single, ‘Show Me’. Clicking instantly, Gabrielle describes Show Me: “When Steve first played me the music to Show Me, I knew I had to write to it. It excited and inspired me. I feel like it’s me, it’s classic Gabrielle and I love it”.

The release of Under My Skin will mark 25 years since the release of her debut single, ‘Dreams’. The #1 single stormed the charts all over Europe and Australia, going Gold in the UK and cementing Gabrielle as one of the most exciting new names in pop music. Two and a half decades later, Under My Skin, is sure to remind the world of Gabrielle’s signature, heart-warming, soul-stirring voice. Under My Skin is released through BMG and will be available on CD, Vinyl and all digital and streaming platforms. Tracklisting is below.

Track listing:
Under My Skin
Thank You
Show Me
Every Step
Stronger
Put Up A Fight
Signs
Breathe
Young And Crazy
Take A Minute
Won’t Back Down
Shine

Gabrielle will launch the new record with a sold out show at London’s Jazz Café on May 8th. Festivals follow over the Summer and Gabrielle will also play Brighton’s Pride Weekend alongside Britney Spears, Nile Rodgers, Jess Glynne and MNEK.

This year not only will Gabrielle release her new album, she will also join Rick Astley on his mammoth UK tour and play five very special, intimate shows in support of Under My Skin. The headline tour kicks off in Birmingham on the 8th August and wraps in London on the 17th. The shows will give fans a chance to get up close and personal to Gabrielle and preview the new songs prior to the album release. For more info or to purchase tickets, please visit https://Gabrielle.lnk.to/TourPR.

Gabrielle is one of the most successful British singer-songwriters. She has sold over 5 million records in the UK alone and scored 2 #1 singles, 10 Top 10 singles, a #1 album and 4 Top 10 Albums. She is also a two time BRIT Award winner, receiving the Best British Breakthrough Act in 1994 and the Best British Female Solo Artist in 1997. Gabrielle has also won various MOBO Awards and an Ivor Novello for Outstanding Song Collection.