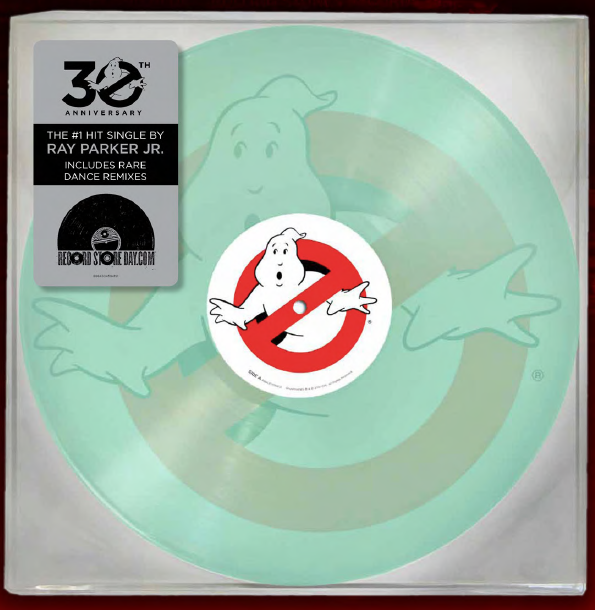 The GHOSTBUSTERS theme tune is set to be released on a glow-in-the-dark vinyl for Record Store Day. Limited to 1,000 the 10″ will mark 30 years since Ray Parker Jnr. released the track, which reached Number one in the charts. The track is the theme-tune to the iconic film of the same name.

The vinyl will also feature an instrumental version plus, dance and dub-step remixes. Record Store Day is held on 19 April and celebrates the successes of independent record stores throughout the world. In the UK; Bombay Bicycle Club, Nirvana, Oasis, Chvrches, Jagwa Ma and Haim are all amongst the releases.

You can find out more about Record Store Day here.