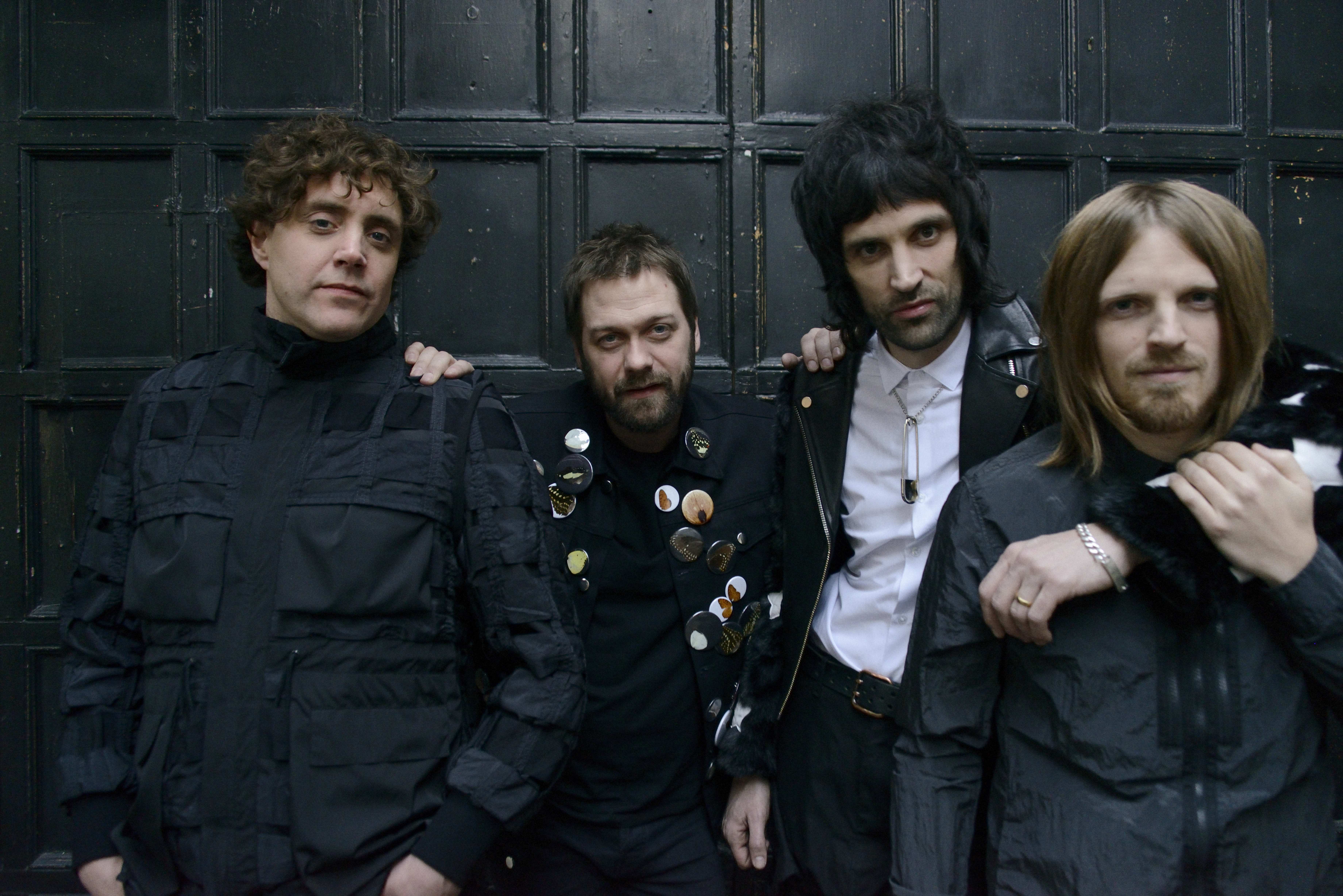 Kasabian are back with an explosive, career best album brimming with confidence, swagger and huge tunes. ‘For Crying Out Loud’, their sixth studio album, is released April 28th on Columbia Records.

Written and produced by Kasabian wizard Serge Pizzorno, and recorded at the Sergery, his Leicester studio, For Crying Out Loud’ features 12 tracks that encapsulate everything that makes Kasabian one of this country’s best ever bands. First single ‘You’re In Love With A Psycho’ is a big, fat pop song with an irrepressible hook. Other highlights include the soon-to-be-summer-anthem ‘Bless This Acid House’, the contagious ‘Good Fight’ and the rock steady angst of ‘’Ill Ray (the King)’. Lead singer Tom Meighan has never sounded so good, wrapping himself around the addictive hooks.

[quote style=’1′ cite=”]“I decided to give myself six weeks to write an album like they used to do back in the day and that became really inspiring” Serge recalls. “I made sure there was no fat on anything, it was going to be classic songs, no self-indulgence, nothing was going on there that shouldn’t. I’d heard Berry Gordy had said if you’ve not got them in the first four bars then you’re finished, so I went in with this old school attitude of song-writing.”[/quote]

Following the more electronic direction on 2014’s ‘48:13’ Kasabian were keen to make a truly great guitar album. “We wanted to make a very positive album full of hope with guitars to remind people that it’s still relevant,” Serge said.

With headline slots at Reading / Leeds and TRNSMT, Kasabian head out for 8 must see intimate shows next month. Visit the Kasabian store now for more details and to access tickets early: http://smarturl.it/KasabianStore

Kasabian have four UK #1 albums to their name and have sold over 5.5 million albums worldwide. They’ve won a Brit, seven NME awards, four Q Awards and have headlined Glastonbury Festival, as well as V Festival, T in the Park, and numerous festivals worldwide.

‘For Crying Out Loud’ full tracklisting: