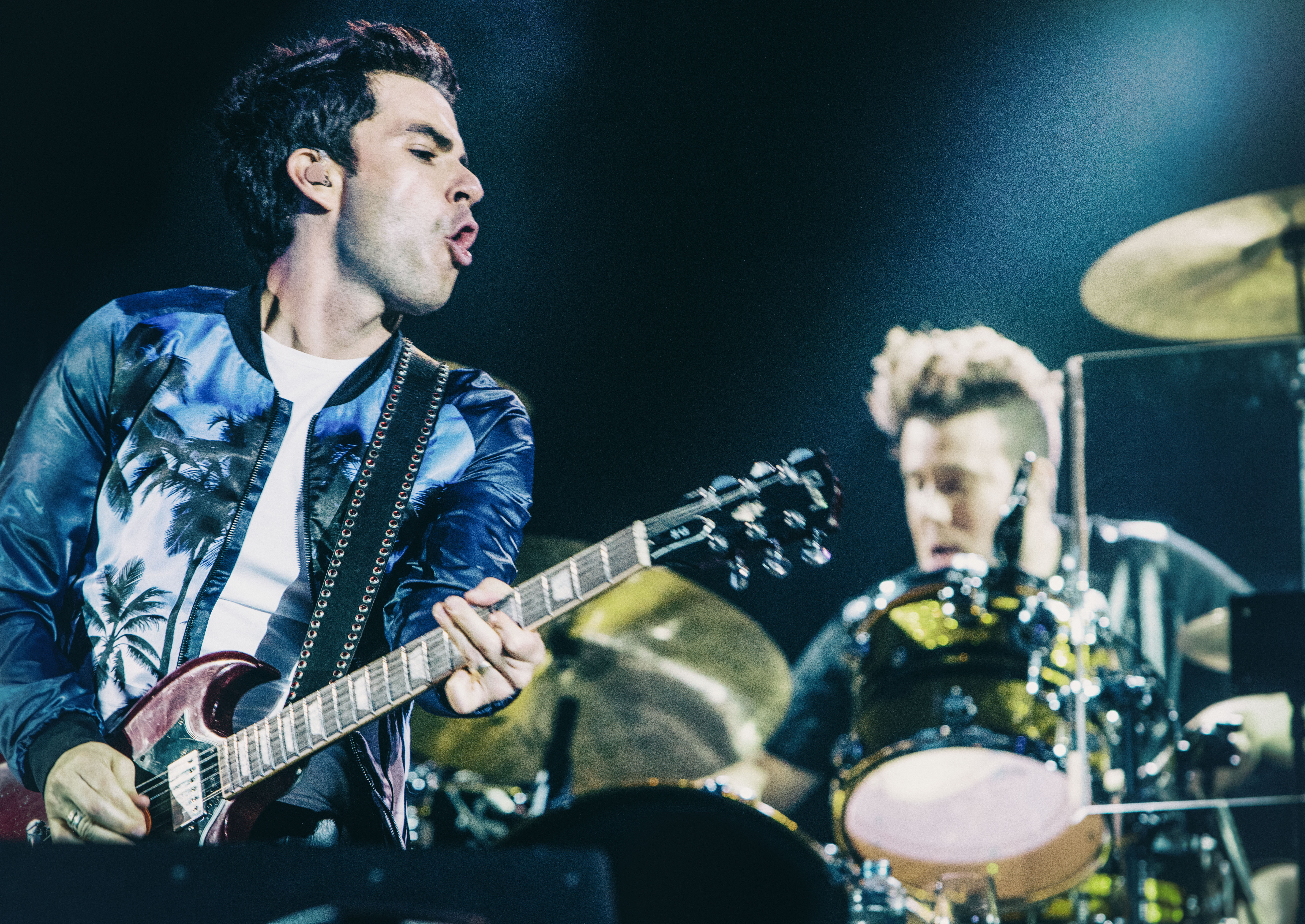 With the 2016 edition of Kendal Calling another complete sell-out and having once again won Best Medium Festival at the UK Festival Awards, the first acts have been announced for the fan favourite festival. Headlining this year are Stereophonics, Manic Street Preachers, Franz Ferdinand, Brian Wilson and Frank Turner & The Sleeping Souls.

With a career spanning three decades, multiple number one albums and having headlined the biggest festivals in the country, Stereophonics are undoubtedly one of the UK’s biggest and most enduring rock acts. They’ll be making their Kendal Calling debut this summer for one of their trademark, anthemic headline sets full of sing-along moments.

Richard Jones from Stereophonics comments:
[quote style=’1′ cite=”]“We’ve been fortunate to headline and play at some amazing festivals over the years and it’s an honour to play at Kendal Calling this summer a first for us in the Lake District. See you there!”[/quote]

Formed in 1986, Manic Street Preachers have spent the last 30 years making some of the most vital and politically charged, yet no less anthemic, music to ever come out of the UK. The revolutionary spirit of the band has garnered them a legion of fans the world over and with songs like ‘Motorcycle Emptiness’ and ‘A Design For Life’ in their arsenal it’s no wonder. Their headline set in the fields is not to be missed.

Commenting on their appearance, Manic Street Preachers say:
[quote style=’1′ cite=”]“We are genuinely thrilled to be headlining Kendal Calling, a festival we have always wanted to play in a truly inspiring setting.”[/quote]

Topping the main stage for those heading to the festival on the Thursday are Scottish indie legends Franz Ferdinand. From breakthrough ‘Take Me Out’ through to their most recent release as FFS with fellow oddball heroes Sparks, the band have remained one of the most innovative guitar bands of a generation. They’ll be providing what is sure to be a hit laden set at Kendal Calling 2017.

The word legend is thrown around far too easily but when you’re the man responsible for all time classic songs like ‘God Only Knows’ and ‘Wouldn’t It Be Nice’ its more than justified. Due to phenomenal public demand in the UK, Beach Boys co-founder Brian Wilson returns one last time to present ‘Pet Sounds’ in its entirety plus his greatest hits with Special Guests Al Jardin and Blondie Chaplin.

No stranger to the fields having played a rip roaring headlining set at the festival in 2014, Frank Turner & The Sleeping Souls will be returning to co-headline in 2017. Forever on the road all across the world and a prolific songwriter, his relatable, impassioned music has garnered him legions of fans in the UK and beyond. Kendal Calling is proud to have him back this year.

With multiple Brit Awards, arena tours and festival headline slots under his belt as well as having more UK number ones than any other rapper on the planet, Tinie Tempah is surely one of the country’s brightest talents. With undisputed bangers like ‘Frisky’ and ‘Pass Out’ in his arsenal, he is more than qualified to top the bill at this year’s Kendal Calling.

Frightened Rabbit comment on their return:
[quote style=’1′ cite=”]“We are really pleased to be returning to Kendal Calling this year. Last time was easily the muddiest yet one of the best festivals we’ve had the privilege of playing”[/quote]

Additionally, mariachi Morrissey covers band Mexrissey, London African Gospel Choir performing Graceland and Beatlemania: Celebrating 50 Years Of Sgt Peppers Lonely Hearts Club Band make this year’s lineup one of the most varied and exciting that the festival has ever hosted.

[quote style=’1′ cite=”]“We are really pleased to be returning to Kendal Calling this year. Last time was easily the muddiest yet one of the best festivals we’ve had the privilege of playing”[/quote]

Set in the incredible setting of the Lake District’s Lowther Deer Park, this innovative, fan-focused, independent festival is renowned for more than just music and visitors will also enjoy 4 days of arts installations, comedy, gourmet food, kid’s entertainment and a real ale festival all within the confines of what is surely the most beautiful festival site in the UK.

Having once again won ‘Best Medium Festival’ at the UK Festival Awards, Kendal Calling has firmly established itself as one of the undisputed highlights of the increasingly busy summer calendar. Tickets always sell out for the festival well in advance and with 60% sold for this year before a single act was announced, fans are urged to get their tickets now to avoid disappointment. See you in the fields! 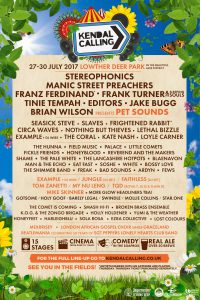 Tickets on sale 10am Friday 27th January £135 or £25 on payment plan from: http://www.kendalcalling.co.uk/tickets