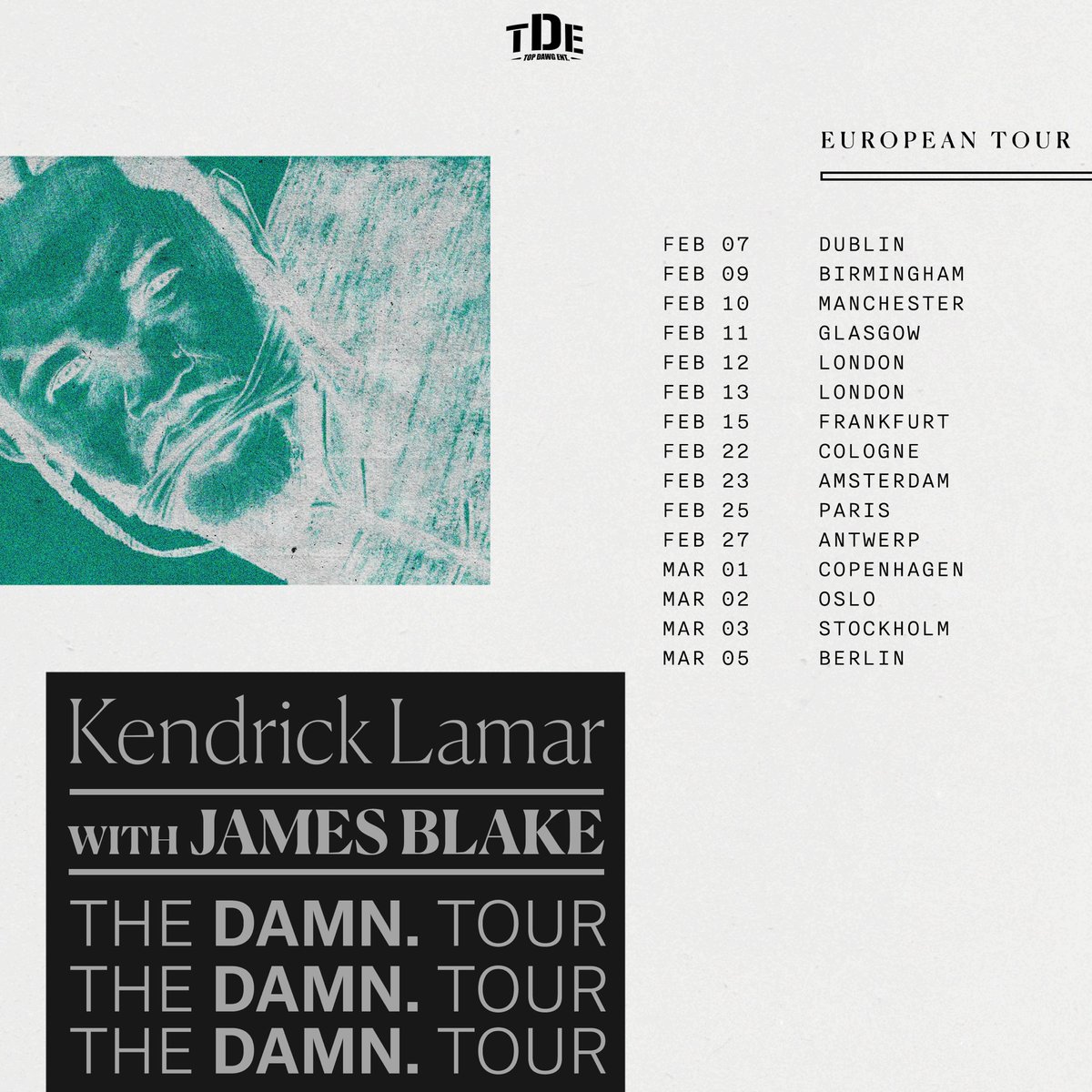 Top Dawg Entertainment recording artist and seven-time Grammy-winner, Kendrick Lamar, is set to embark on the European leg of ‘The Damn. Tour’ in Spring 2018, announced today. Produced by Live Nation, ‘The Damn. Tour’ will see Kendrick perform 15 dates across 11 different countries beginning on 7th February in Dublin, Ireland at the 3Arena, and includes dates in the UK, Germany, Netherlands, France, Belgium, Denmark, Norway and Sweden. Grammy nominated & Mercury Prize Winning James Blake will also be appearing as special guest across the whole tour.

‘The Damn. Tour’ follows the release of his critically acclaimed fourth album ‘Damn’. (Top Dawg Entertainment/Aftermath/Interscope Records), with a debut at #1 on the Billboard 200 – marking his third time at the top spot – selling north of 2.3 million album units to date and having amassed over 400 million streams and features 14 tracks observing the complexities of today’s culture. Pitchfork cites “DAMN. is a widescreen masterpiece of rap, full of expensive beats, furious rhymes, and peerless storytelling about Kendrick’s destiny in America,” and Rolling Stone declares DAMN. a “dazzling display of showy rhyme skills, consciousness-raising political screeds, self-examination and bass-crazy-kicking…”