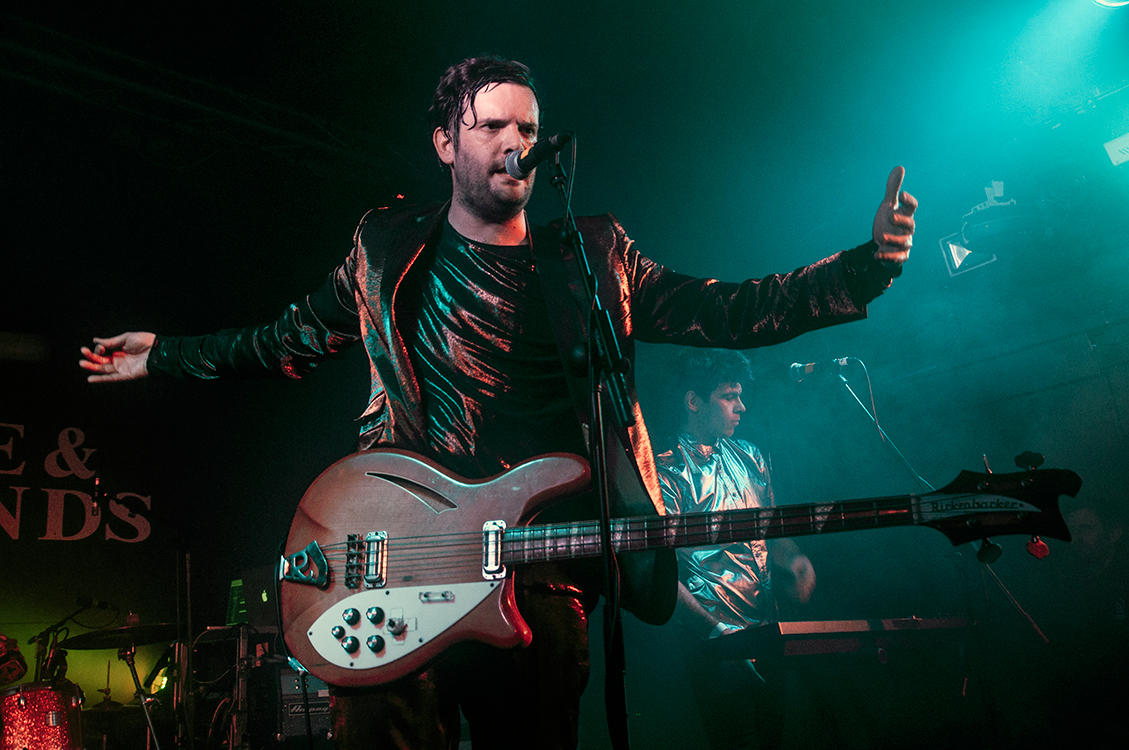 It isn’t uncommon for a band to play an intimate tour before the release of a new album; however, the hype surrounding the Mercury Prize Winners KLAXONS is ever so slightly uncommon. The group have faded since their second album Surfing the Void back in 2010, yet four years on, the band received rave reviews for their new double A-side singles ‘Children of the Sun’ and ‘There Is No Other Time’ which was released over the weekend. The intimate sold out almost instantly and with Kiera Knightly (and other members of the Jamie household) in attendance, the Hare and Hounds was buzzing with electro-indiness.

With eyes fixed on the entrance to the Hare and Hounds in Birmingham; the only entry point to both the crowd and the stage; at 9:15pm, out bounced the four members of Klaxons – through the crowd and onto the intimate stage. “DJ”, “DJ” echoed around the room as the band launched heavily into debut album track ‘Atlantis to Interzone’. Klaxons were back home.

It was an evening to road-test six new tracks from the forthcoming album Love Frequency; including the head-banging friendly ‘Children of the Sun’ and catchy ‘There Is No Other Time’, both tracks released as a double A-Side over the weekend. The set was mixed very well between albums, which saw ‘Gravity’s Rainbow’ and ‘As Above So Below’ and the mosh-pit provoking ‘Magick’. It also saw two tracks from 2010s less successful album Surfing The Void; with ‘Echoes’ and ‘Twin Flames’ both being sung back as loudly as the band were singing the tracks.

The new material fitted into the fifteen song set perfectly, with the title track ‘Love Frequency’ and the synth heavy ‘New Reality’ both being clapped along to by the enthusiastic crowd. The evening closed on the bands hit track ‘It’s Not Over Yet’; which seemed more of a statement rather than a song title.

The band have had a difficult four years musically; however with the strength of their new material – they seem to be heading back to being one sought after indie band.