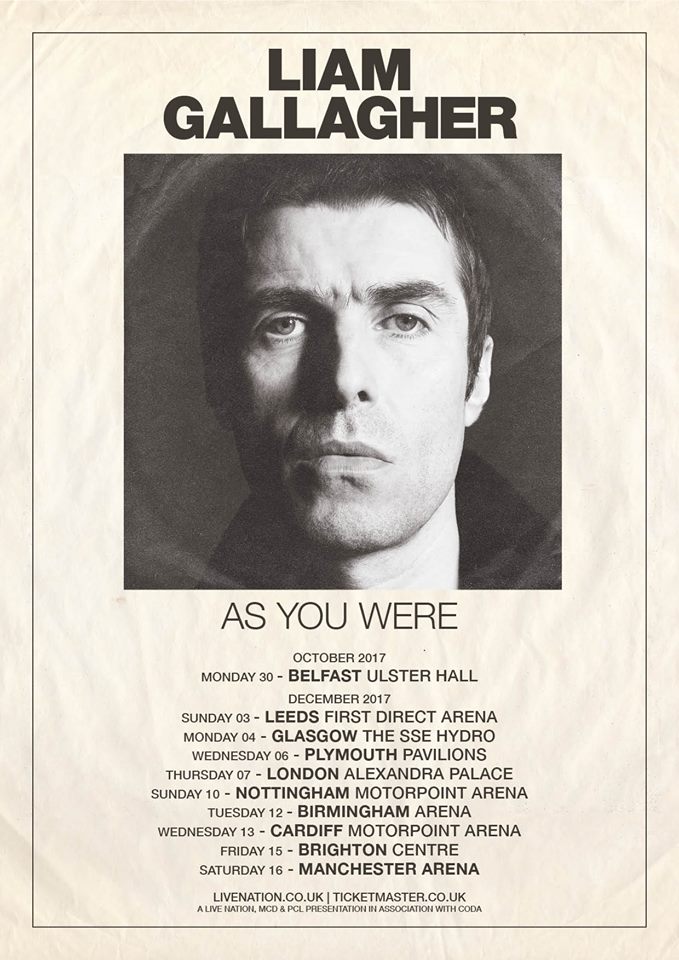 Liam Gallagher has today announced his debut UK solo tour for this Winter. Taking place throughout December, the former Oasis and Beady Eye frontman is going it alone.

Set to release his debut solo record ‘As You Were’ on 6th October, the ‘Wall of Glass’ singer has already been receiving warm reviews for his live appearances. Huge gigs at Glastonbury, One Love Manchester and many other festivals across the world this summer has seen the solo star build in confidence. Liam’s upcoming dates should be something to ensure you do not miss.

Liam will play the following dates: