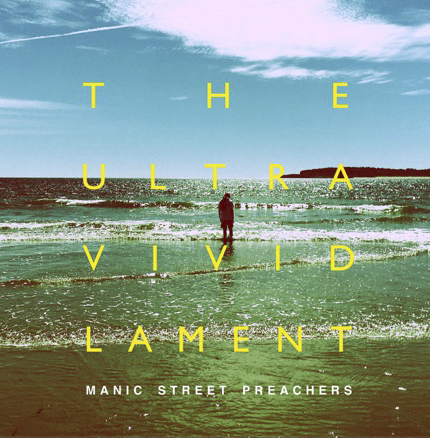 Manic Street Preachers’ 14th studio album ‘The Ultra Vivid Lament’, will be released on September 3rd via Columbia/Sony. Available on CD, vinyl and digital formats, along with exclusive signed copies, picture disc vinyl and cassette via the official store, an exclusive vinyl with alternate artwork at HMV and an exclusive yellow vinyl on Amazon. The first track, ‘Orwellian’, is streaming now. Listen / pre-order here: https://ManicStreetPreachers.lnk.to/TUVLpreorder

The Manics will also take the album on a 14 date cross-country tour this autumn (dates below). Support comes from The Anchoress.

Pre-order ‘The Ultra Vivid Lament’ from the official store to get early access to tickets for the tour, with a pre-sale starting on Weds 19th May at 10am. Tickets go on general sale on Friday 21st May at 10am: https://manicstreetpreachers.lnk.to/store

“The track is about the battle to claim meaning, the erasing of context within debate, the overriding sense of factional conflict driven by digital platforms leading to a perpetual state of culture war. As with many songs on the record, it was written on the piano by James Dean Bradfield. Musically, it echoes ABBA, the majesty of Alan Rankine’s playing in the Associates and Talk Talk’s ‘It’s My Life’ with a Lindsey Buckingham guitar solo. It felt like the perfect sonic and lyrical introduction to ‘The Ultra Vivid Lament’.”

‘The Ultra Vivid Lament’ is both reflection and reaction; a record that gazes in isolation across a cluttered room, fogged by often painful memories, to focus on an open window framing a gleaming vista of land melting into sea and endless sky.

The full list of tour dates is as follows: