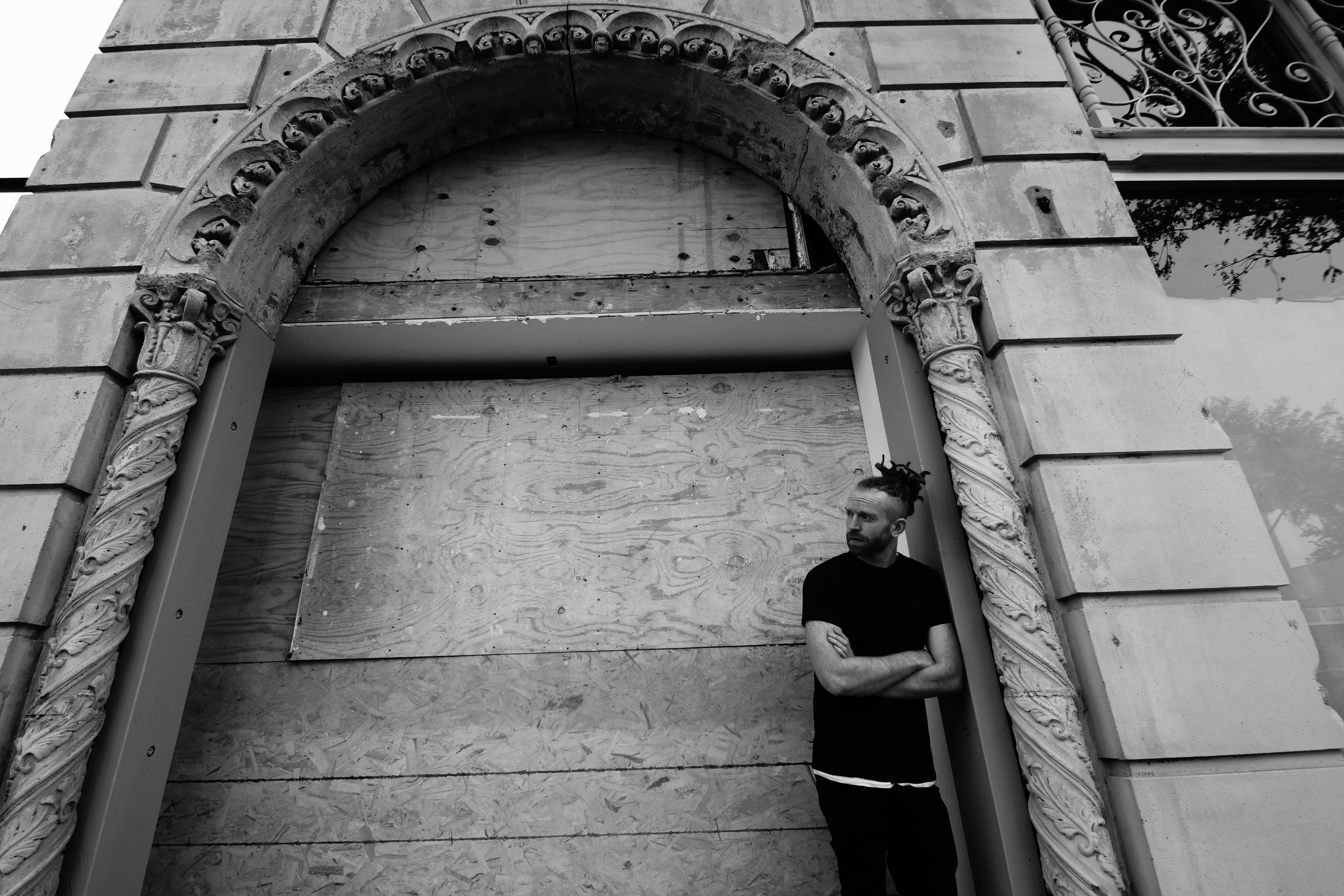 Newton Faulkner has unveiled the official animated video for his latest single, ‘Hit The Ground Running’, taken from his brand new sixth studio album of the same name, out now on Battenberg Records via Absolute.

The video sees Newton performing the track in an intimate studio setup whilst his animated sidekick Minewton runs riot, causing mischief throughout. A creation by the incredibly talented animator and illustrator Michael William Lester, Minewton features as a prominent, uplifting and fun figurehead throughout the new album’s themes and artwork.

Lester says: [quote style=’1′ cite=”]“The Hit the Ground Running design started with animated typography that shifted in form as it reacted to gravity, a nod to lyrics from the title track. When it came to creating an illustration style to sit with the campaign, I imagined what the abstract worlds would look like under a microscope and what would inhabit them; that’s when our little character was born.”[/quote]

When he first emerged in 2007, Newton Faulkner was the fleet-fingered prince of sparkling guitar pop. A graduate of the Guildford Academy of Contemporary Music, the Surrey songwriter had a million selling Number One hit with his debut album ‘Hand Built By Robots’. The singles ‘Dream Catch Me’ and ‘I Need Something’ still soundtrack festivals all over the world, along with his innovative cover of Massive Attack’s ‘Teardrop’. This is a man who knows how to entertain and to enthrall.

The last two years since releasing his most recent album ‘Human Love’ have seen Newton join the cast of the award-winning musical ‘American Idiot’, based on the music of punk rock group Green Day. Now, off the back of storming performances at Boardmasters, Solfest and Greenbelt Festivals this summer, October will see Newton embark on a 37-date tour around the UK.