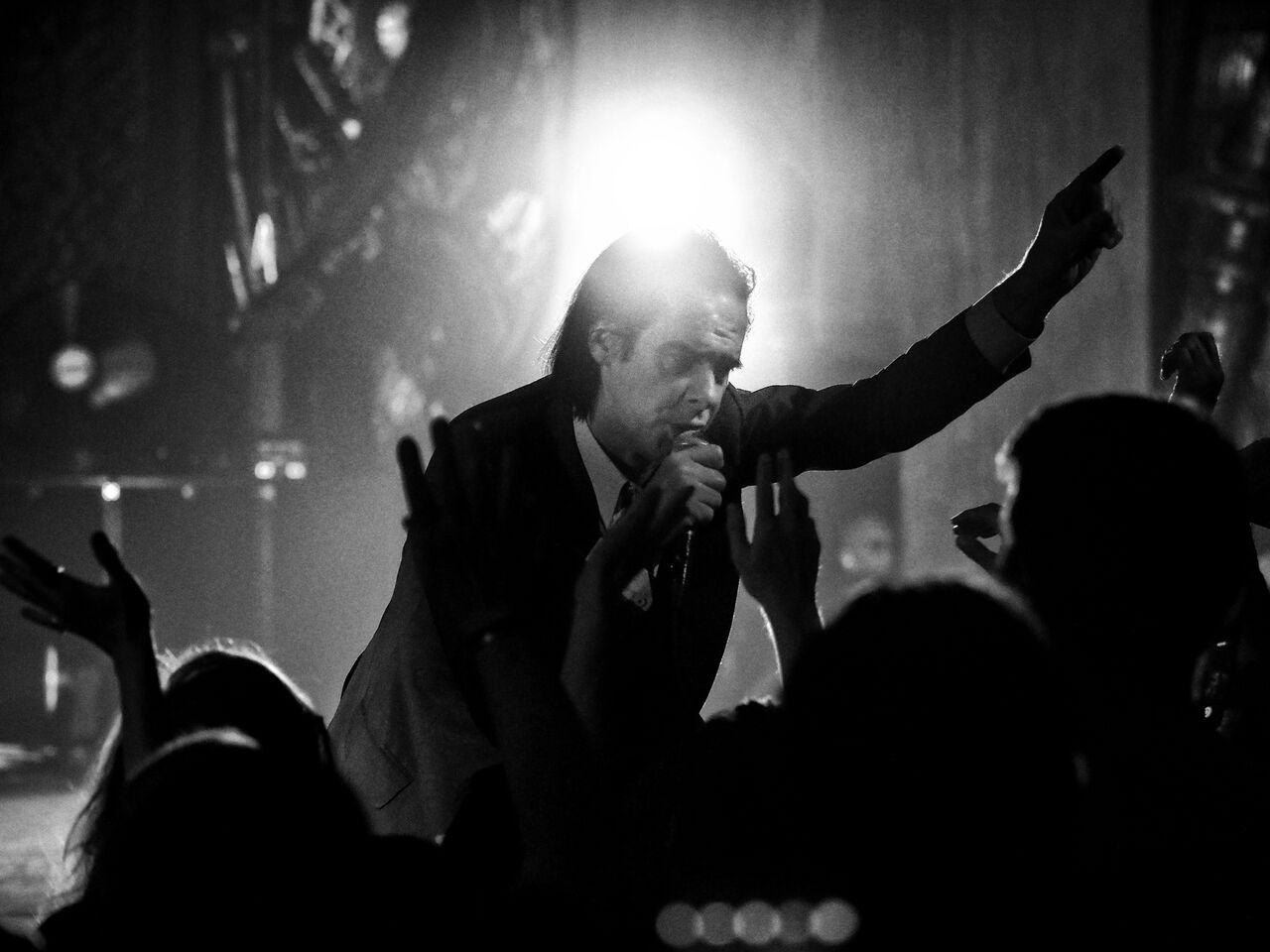 One of the world’s great live acts, Nick Cave & The Bad Seeds are returning to the UK this September, bringing their extraordinary show to arenas across the UK.

Earlier this year, they returned to the road for an acclaimed Australian tour, before tearing across the USA with some of the best reviews of a decorated career.

Unfurling new album ‘Skeleton Tree’s exquisitely moving compositions alongside their essential catalogue, the band’s first shows in 3 years have provoked an ecstatic and passionate response in fans, critics and band alike, renewing a profound relationship wherever they play.

Nick Cave still inhabits rock ’n’ roll folklore, a blues soaked mythmaker and musician, singer, preacher, teacher, storyteller and shaman amidst the sharp suited maelstrom of the Bad Seeds. But the confrontation of old has evolved into a connection with their audience, both physically and emotionally, touching hands and hearts from Sydney to LA.

In the UK, Nick Cave & The Bad Seeds will play 5 dates in Bournemouth, Manchester, Glasgow, Nottingham and London before crossing the English Channel to unite Europe until late November.

The last few remaining tickets are selling out fast and can be purchased from www.nickcave.com

September 2016 saw the release of Nick Cave & The Bad Seeds’ 16th studio album ‘Skeleton Tree’ and the companion film ‘One More Time With Feeling’ (directed by Andrew Dominik). ‘Skeleton Tree’ topped charts across the globe and was the band’s highest charting album ever in the both the UK and US. Songs from the album will be brought to life for live audiences alongside other Nick Cave & The Bad Seeds classics.

‘Lovely Creatures: The Best of Nick Cave & The Bad Seeds 1984-2014’ was released in May this year, compiled by Nick Cave and founding member Mick Harvey, with help from the current Bad Seeds. Band members past and present raided their personal archives to provide previously unseen photos and memorabilia, which have been collected into a beautiful hardcover book, along with a series of original essays.

In a year highlighted by sold out dates around the world and awards including the GQ award for Band Of The Year and AIM Special Catalogue Release Of The Year (for Lovely Creatures), Nick Cave & The Bad Seeds continue to remain peerless and defy expectations.