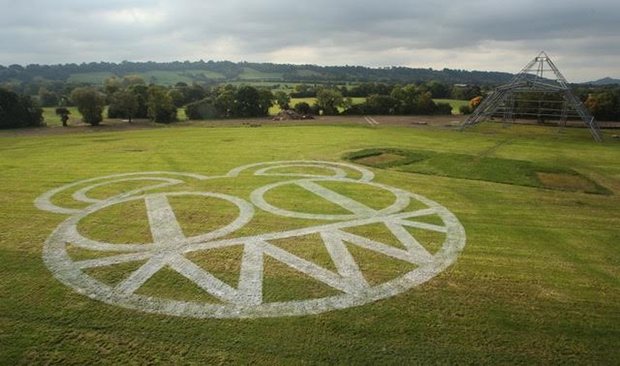 The organisers of Glastonbury have finally ended speculation and confirmed that rock legends Radiohead are to headline the Pyramid Stage at Worthy Farm next year. They will take to the stage on Friday 23rd June and will be the Oxford band’s first time headlining the main stage since 2003.

The festival gave clues that something was in the offing during the course of Wednesday, when the BBC’s webcam of Worthy Farm picked up a pattern in front of the Pyramid stage that looked remarkably like Radiohead’s bear’s head logo, prompting speculation on social media about the band appearing.

Radiohead’s first headline appearance, amid deep mud and shocking weather conditions in 1997, has topped polls for the best-ever Glastonbury set. It came just days after the release of their third album, ‘OK Computer’.

Radiohead released their ninth album, ‘A Moon Shaped Pool’, in May this year, to glowing reviews. The band supported the release with a small number of shows, many of them festival appearances, across the summer. Their only UK shows, however, were three nights at the 3,300-capacity Roundhouse in London. Demand for tickets far outstripped supply. Glastonbury 2017 is set to be the band’s first UK performance since those three Roundhouse shows.

Tickets for Glastonbury 2017 have already sold out. A resale will take place in April of any duplicates.