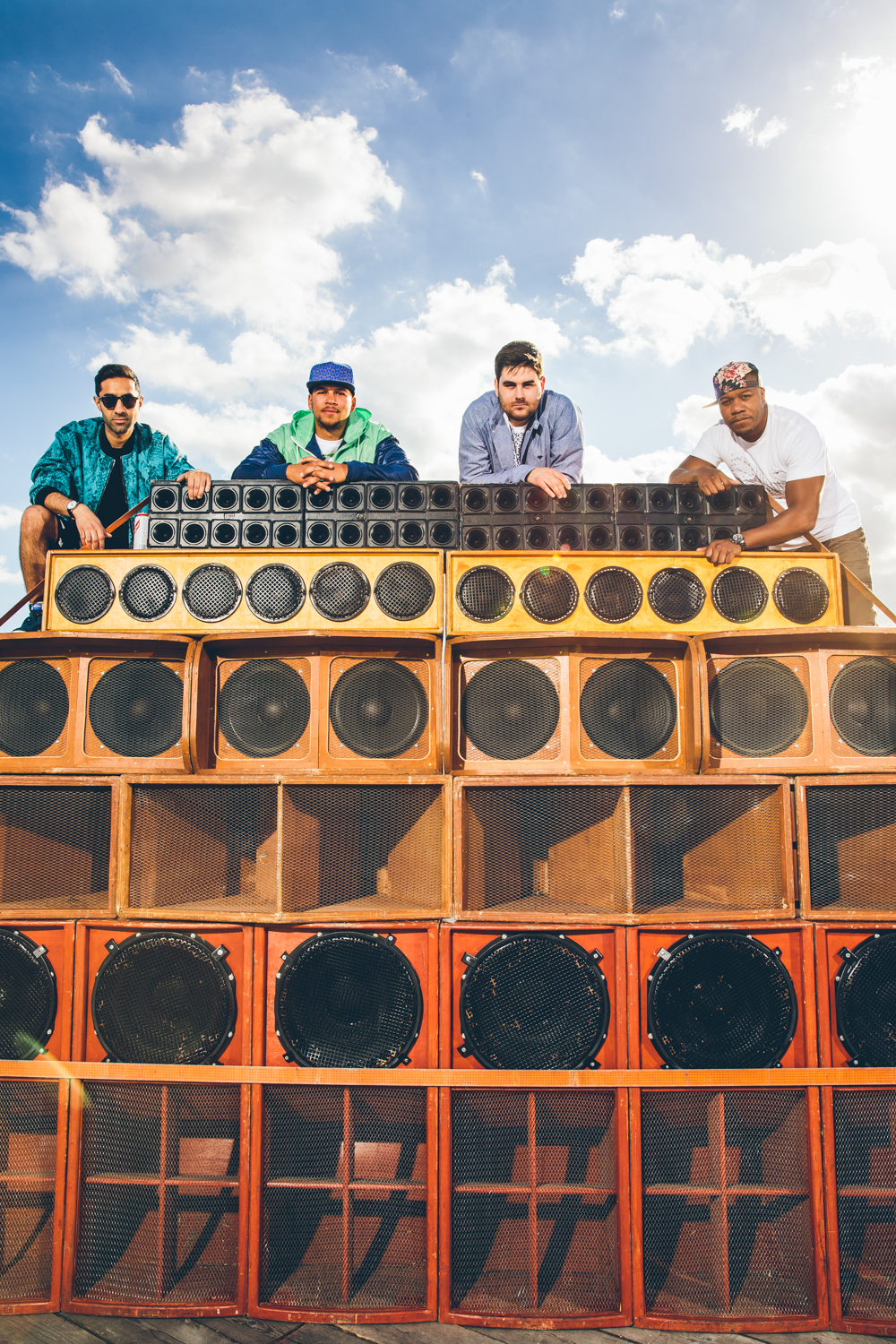 Hackney dance quartet, Rudimental, are pleased to announce plans for a UK headline tour in February. The run of shows will kick off with two nights at O2 Academy Brixton on 14th and 15th February followed by performances in Manchester and Glasgow before wrapping things up in Wolverhampton’s Civic Hall on 25th February.

It has been a whirlwind of a year for the dance giants. Ever since releasing their number 1 debut smash hit, ‘Feel The Love,’ Rudimental have followed up with a three singles including the number 1 hit ‘Waiting All Night’ and a platinum selling number 1 debut album in the UK.

Already accumulating the highest first week sales of any debut in 2013, ‘Home’ looks set to be an ‘albums of the year’. The collection of genre defying songs was released in April to critical praise and includes the platinum single ‘Waiting All Night’ and chart-topping ‘Feel The Love’ alongside the tastemaker favourites ‘Hell Could Freeze’, ‘Baby’ and ‘Spoons’.

Rudimental (Piers Aggett, Amir Amor, Kesi Dryden and Leon Rolle) have continued to win rapturous responses for their live shows. Their exhilarating sold out gig at The Electric in Brixton last month saw the four core members painting vibrant scenes from a varied pallet, joined by live brass and percussion. This unique sound clash of live instruments, soul, reggae, garage, house and drum ’n’ bass is proving a winning formula at their live shows. The Rudimental collective includes a wealth of musicians and singers who rotate on stage for their moment in the spotlight.

Rudimental kicked off the summer with a special Finsbury Park gig alongside Dizzee Rascal and Stone Roses and a 30,000 strong crowd at Parklife in Manchester. The band since continued with UK festival appearances at Glastonbury, Latitude, Global Gathering, Bestival and V Festival. In October, the band will round off their year by taking their carnival-esque live show on the road for their second UK headline tour of 2013 which is now SOLD OUT.