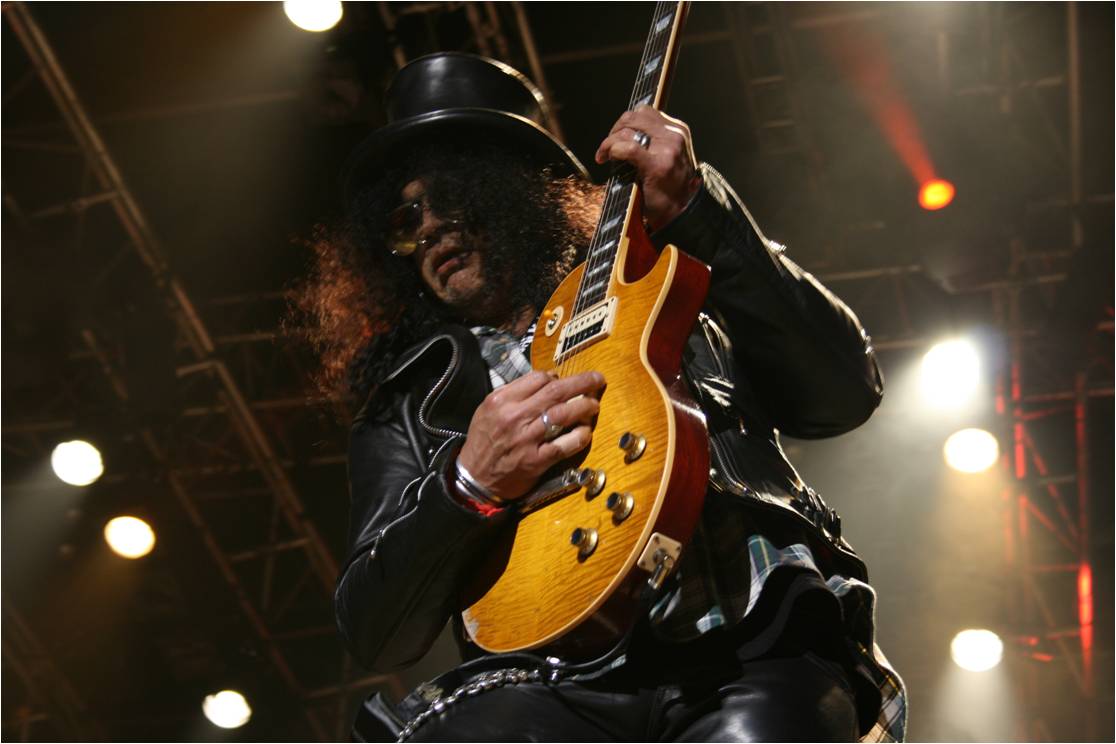 In May 2012 Slash stormed the charts worldwide with the release of his second solo album, ‘Apocalyptic Love’. Registering a No 4 chart entry in the USA and No 2 in Canada, Slash replicated this success in both Europe and Australasia with a further 13 Top 10 chart entries. Testament to a unique artist who has produced an incredible album.

‘Apocalyptic Love’ features Slash and his bandmates Myles Kennedy and The Conspirators — Myles Kennedy (vocals), Brent Fitz (drums) and Todd Kerns (bass)– and is out now on Slash’s own label DikHayd International in the US and through Roadrunner Records in Europe, Middle East, and Africa

In the UK, the album was also released in an exclusive Classic Rock Fan Pack form – providing a unique collectable package containing the studio album with bonus tracks alongside a specially created magazine with unseen behind-the-scenes content put together by Classic Rock magazine.

Following a sold out date at Hammersmith Apollo and a show stealing headline of the second stage at Download Festival in June 2012, Slash returns to the UK in October 2012 for a series of headline shows:

Tickets go on sale at 9am GMT Friday 3rd August 2012 priced at £32.00 Regional / £35.00 London (subject to booking fee) and will be available from ticketmaster or livenation.