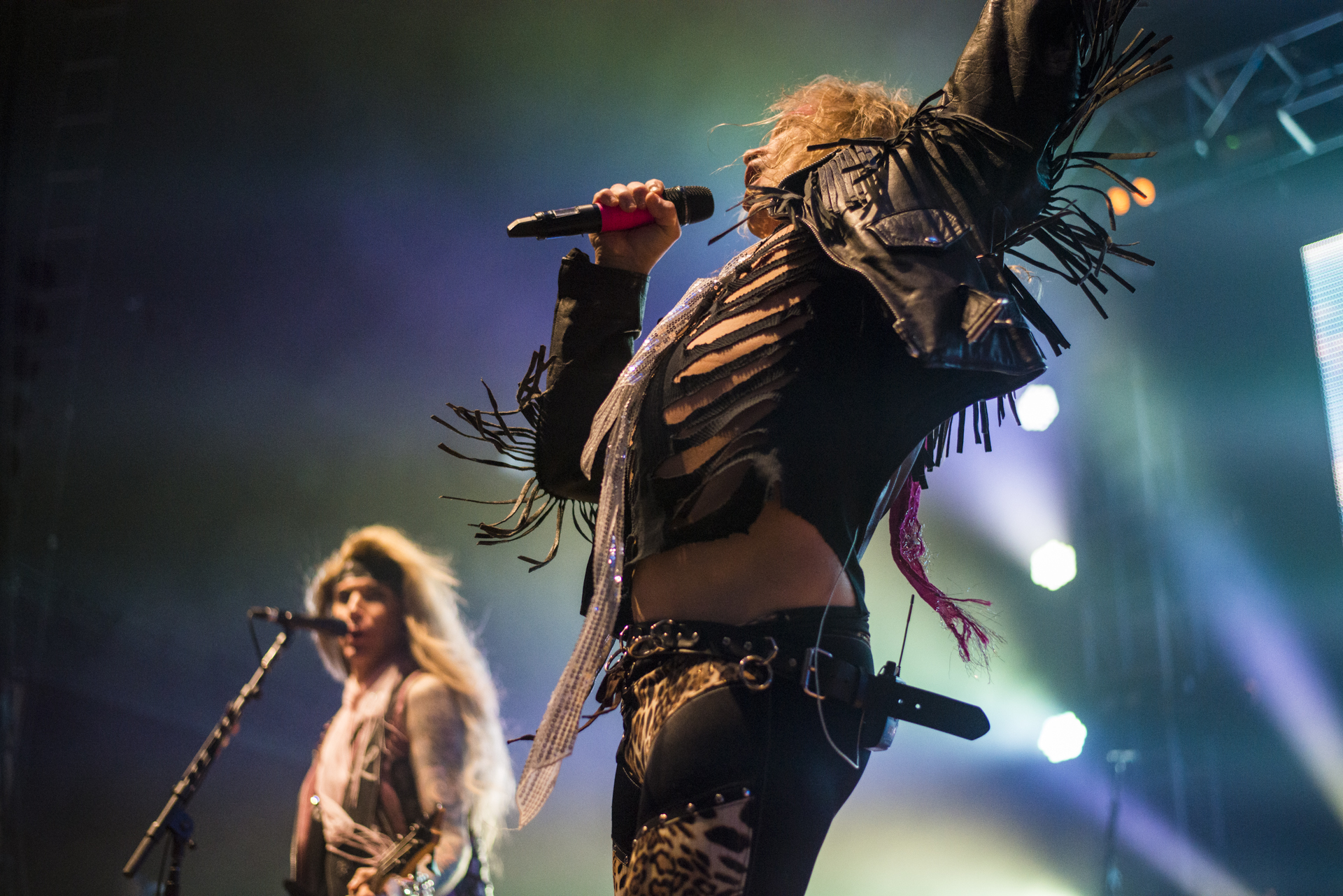 If you are easily offended, then STEEL PANTHER definitely aren’t for you, with crude humour, offensive jokes and killer riffs, they are able to perfectly satirise ‘glam metal’ and are able to mock hair metal, whilst taking jabs at pop music. If you need some way of imagining this band live, they are the ‘glam metal’ Dethklok or a real life Spinal Tap.

Arriving to the stage to the tune of Iron Maiden’s classic ‘The Number of the Beast’, the crowd were already in full voice and pumped up for the set. Appearing behind a large sheet, lights flashing the LA quartet blasted straight into possibly the most well-known and popular track ‘Eyes of a Panther’, the crowd proved they were on fine form, jumping and booming the lyrics. After the track, the group proved their humour; openly discussing about lead guitarist’s (Satchel)’s sexual escapades; the Bassist’s (Lexxi Foxxx)’s plastic surgery and the Lead Singer’s (Michael Starr)’s genitalia. The usual way to greet a crowd.

They kept the tempo going with the fast paced; almost thrash metal, track from their expected new album titled ‘Glory Hole‘, although relatively unknown by some of the crowd, the pace is enough to keep the momentum going by itself. As the set closed, the band built up their final song; however it seemed everybody inside the Civic venue knew what was about to come, the perfect end to their set ‘Death to All But Metal‘, a song of pure aggressive metal and it spreads like waves through the crowd.

Steel Panther left the stage to the cheers and shouts of “Panther! Panther!”. It came as no surprise when the band reappeared to the stage to loud cheers to perform their encore which came in the form of “Community Property”, “17 Girls in a Row” and a brilliant song to end the night on “Party All Day”, thanking the Wolverhampton crowd for living Heavy Metal, they left the stage again to cheers. Offensive? Crude humour? Killer riffs? Yep – but thats why we love them.