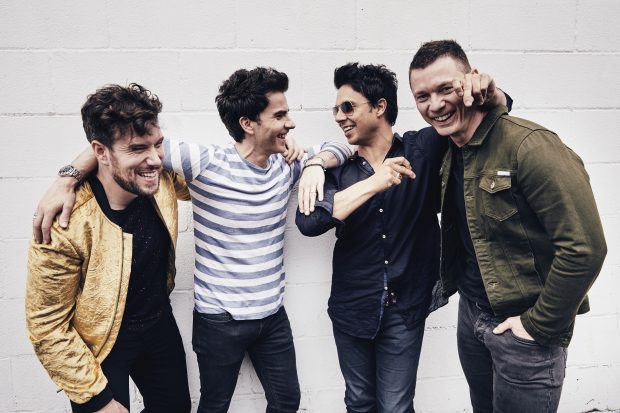 One of Britain’s best live bands, Stereophonics, will embark on a major UK arena tour in spring 2018 following the release their new album, ‘Scream Above The Sounds’.

Twenty years after their debut ‘Word Gets Around’, Stereophonics’ tenth studio album ‘Scream Above The Sounds’ will be released on October 27th (via Parlophone Records) and follows ‘Keep The Village Alive’ which went straight to No.1 when it was released in 2015 and became their sixth chart-topper after ‘Performance And Cocktails’ (1999), ‘Just Enough Education To Perform’ (2001) ‘You Gotta Go There To Come Back’ (2003), ‘Language. Sex. Violence. Other?’ (2005) and ‘Pull The Pin’ (2007).

‘Scream Above The Sounds’ was primarily recorded in the band’s HQ in west London with a further session at RAK Studios. Created with the help of regular collaborator Jim Lowe, it’s an album in which creative sonic touches add to the band’s emphasis on songwriting and melody. ‘Scream Above The Sounds’ will be released on digital (standard and deluxe), CD (standard and deluxe) and vinyl LP formats. It’s available to pre-order from their official website, with new singles ‘Caught By The Wind’ and ‘All In One Night’ provided as an instant downloads.

As one of Britain’s best live bands Stereophonics have been touring and performing to sell-out crowds across the globe. This summer alone they headlined Kendal Calling, Y Not Festival and Victorious Festival as well as taking to the stage at BBC Radio 2’s Live In Hyde Park last weekend.

Tickets for the shows go on-sale at 09:00am, Friday 22 September via www.gigsandtours.com, www.ticketmaster.co.uk and www.stereophonics.com.