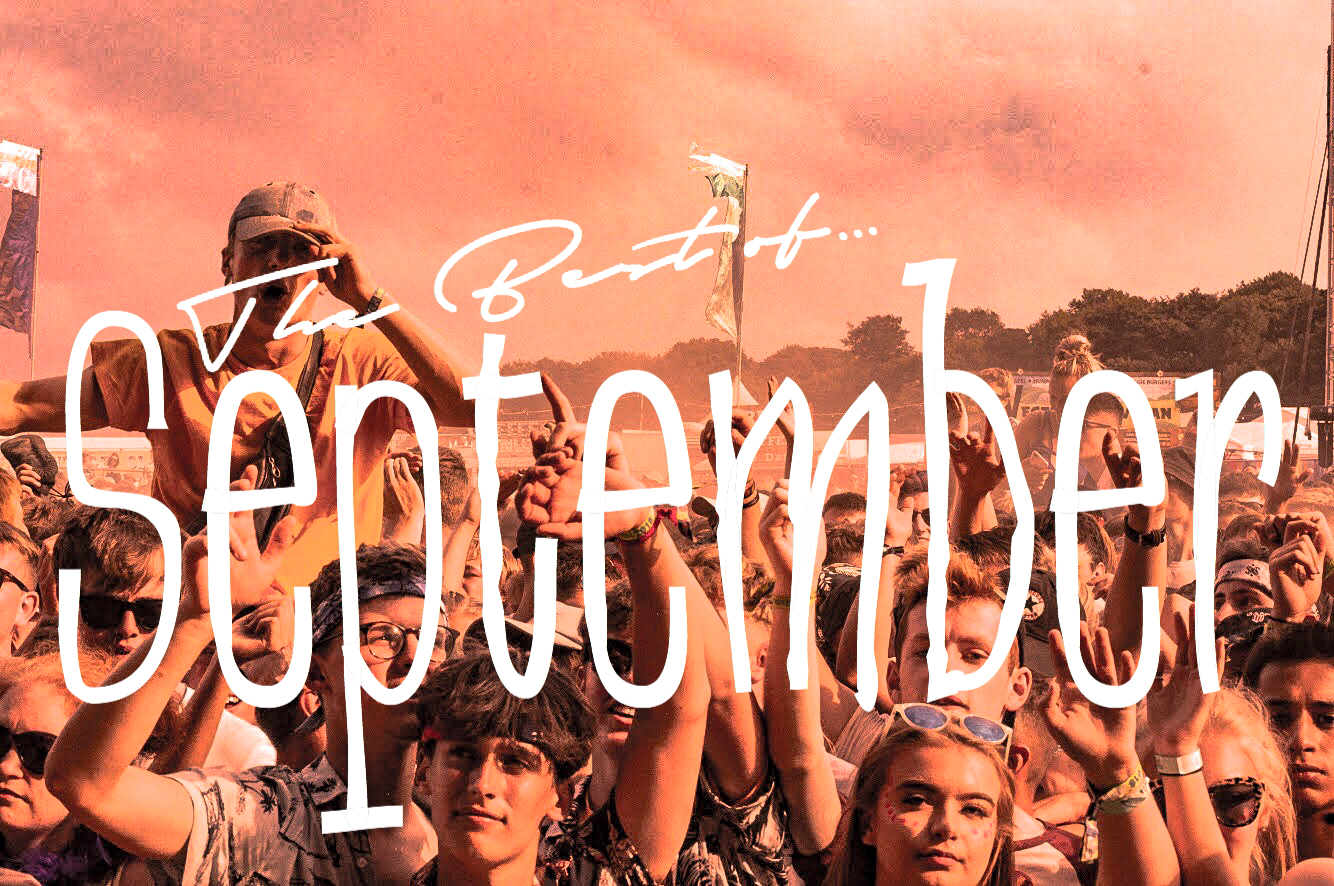 So with Festival Season slowly drawing to a close, the focus now is on artists touring across the UK as 2018 begins to close down in fashionable style. This is a roundup of what we consider to be the Top Ten events happening in September.

Festival No. 6 – Portmeirion, Wales – 6th-9th September.
Set in one of the most picturesque places in the UK, the successful Welsh Festival this year boasts a stunning and eclectic line up of Music, Comedy, Talks and so much more. Headlined by: Friendly Fires, The The and Franz Ferdinand, other notable performances over the weekend will include: Gaz Coombes, Everything Everything, Jessie Ware, The Charlatans, Paul Draper, Ride, Anna Calvi, Django Django, The Horrors, Erol Alkan, The Mysterines, Cut Glass Kings and many, many more.
Various ticket packages are available via the festival website.

Arctic Monkeys – 6th-28th September.
After blowing us away with comeback album ‘Tranquility Base Hotel & Casino’ earlier in the year, Sheffield’s Arctic Monkeys are set to hit the road in promotion of the record. With dates selling out super-quick, extra dates have been added due to demand. Support on all dates comes from The Lemon Twigs. The tour will call at: Manchester Arena, London o2 Arena, Birmingham Arena, Sheffield FlyDSA Arena and Newcastle Metro Radio Arena.
All dates are currently Sold Out.

Shiiine On – o2 Academy Birmingham – Saturday 8th September.
The ever-growing indie music event this year adds a West Midlands date to their calendar and are bringing a selection of the UK’s finest indie rock n’rollers. Spaced out across the three venues, the Brummie event will see: Orbital, Shed Seven, Happy Mondays, Cast, Glasvegas, Black Grape and Embrace hit the Main Academy 1 stage. Academy 2 will be home to: Julian Cope, Reverend & The Makers, The Wedding Present, Dreadzone and more, whilst Academy 3 will play host to the likes of: A Certain Ration, Bentley Rhythm Ace, The Membranes and more. With a Hacienda Afterparty featuring DJs Todd Terry, Marshall Jefferson and Jon DaSilva with additional DJ sets from Steve Cradock, Clint Boon and Steve Lamacq, this is certainly an event not to be missed.
Tickets are available priced £59.50 from the official website.

Biffy Clyro -15th-24th September.
In support of their forthcoming ‘MTV Unplugged’ album, the mighty Biffy are set for a number of acoustic shows across the UK. Playing a number of smaller venues compared to their recent tours, these will certainly be more unique and a very different performance than we are used to with the Scottish trio. Nonetheless, these will still be utterly fantastic. The tour will see them play: Dublin The Helix Theatre, Belfast Waterfront Hall, Cardiff St David’s Hall, Birmingham Symphony Hall, Edinburgh Usher Hall, Manchester Opera House and London Royal Albert Hall.
All dates are currently Sold Out.

Soeur – 15th-22nd September.
The Bristol based 3-piece have had a very successful 2018 so far, well received sets from tours and festivals alike, it seems that the rest of the UK is just beginning to discover the rockers. One of the hottest new acts on the scene, they will be playing 2small shows in September which will include: Stoke-on-Trent The Sugarmill on 15th and Aldershot West End Centre on 22nd.
Tickets are available at £7 (Stoke) and £7.70 (Aldershot) now.

Spring King – 19th-27th September.
Macclesfield Indie-Punks Spring King are heading out on a new UK Tour where they will be playing slices from their recent Second Album and highlights from their Debut. Having won over new audiences from an ever-growing festival circuit, expect a band on top form as the weave their way through the country. Their September dates will take in: Glasgow St Luke’s, Newcastle Cluny, Sheffield Plug 2, Liverpool o2 Academy 2, Bristol Thekla, Nottingham Rescue Rooms and Birmingham o2 Institute 2.
Tickets are available at £12 for all dates.

Pale Waves – 21st-27th September.
With their debut album ‘My Mind Makes Noises’ set to drop on 14th September, the Manchester rockers are set to promote the release with a number of gigs across the country. After a blistering summer festival season, and two highly riotous performances at Reading and Leeds this weekend, these are sure to be loud and energetic. Support on all dates comes from: Swimming Girls and King Nun. Pale Waves will play: Glasgow SWG3, Newcastle Boiler Shop, Sheffield Foundry, Liverpool o2 Academy, Birmingham o2 Institute, Shepherd’s Bush Empire and Manchester o2 Ritz.
Tickets are available from See Tickets and other respective vendors.

The British Sound Project – Victoria Warehouse, Manchester – Saturday 22nd September.
Billed as “Manchester’s Biggest Indoor Music Festival”, the Northern event boasts an eclectic line up to close the Summer off with. Making use of the Victoria Warehouse in Salford, this years’ event is close to selling out. The impressive line up boasts the likes of double headliners: Franz Ferdinand and The Cribs. The supporting cast features impressive acts and newcomers such as: Kyle Falconer, Eliza & The Bear, Low Island, Prose, Glass Caves, The Lottery Winners, Kashmere, Berries, Sauce and more.
Tickets are available at £30 from the official website.

KT Tunstall – 26th-28th September.
Having just released her massive new single ‘The River’ ahead of sixth album ‘Wax’ which is due in October, KT Tunstall is set to play three intimate gigs with her new, all female band. The hype for the new record is that it will be a full on rock experimentation and after sharing recent studio snaps with the likes of Haim, this should be an intense, fun and interesting record. KT will be playing: London Jazz Café, Bristol Fleece and Edinburgh Liquid Rooms.
All dates are currently Sold Out.