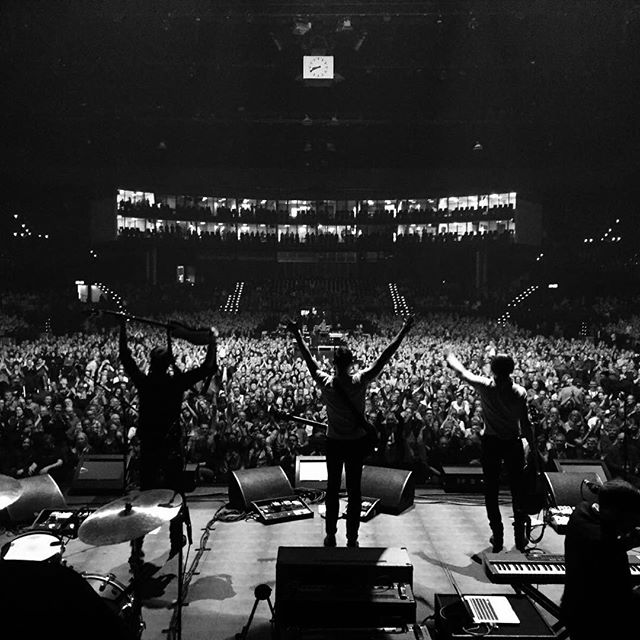 Following a decade of sold out shows, acclaimed albums and huge radio hits, The Feeling have today announced their final tour until at least 2018. After recently wowing 250,000 people across Europe’s arenas as the hand-picked main support act for Jeff Lynne’s ELO, the band have confirmed six October dates, in Bristol, Brighton, Wolverhampton, Milton Keynes and Manchester, before a tour finale at London’s Shepherd’s Bush Empire.

The band plan to play hits from across their catalogue, from 2006’s BRIT-nominated, Ivor Novello winning Twelve Stops And Home right up to this year’s acclaimed self-titled sixth album (praised by Mojo as “another tranche of top tunes”). Says frontman Dan Gillespie Sells: “We’re not splitting up, but after ten incredible years of doing this non-stop, we feel like now is a good moment to take a break and spend some time concentrating on our other projects. We want to make this tour a celebration of everything we’ve achieved so far. I really can’t wait.” The band will also headline the legendary Avalon Stage at this year’s Glastonbury Festival.