The Joy Formidable & Emma Scott Are Coming To The Wulfrun 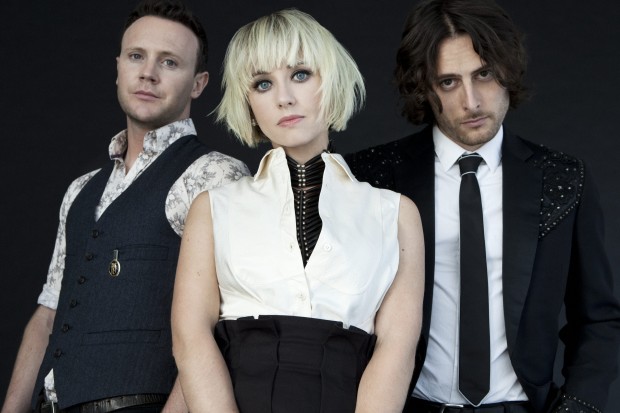 Emma Scott Presents are proud to announce they are bringing THE JOY FORMIDABLE to the Wulfrun Hall, Wolverhampton on Friday 1st March 2013. Advance tickets for the event are priced £12.50 and are available from www.midlandsboxoffice.co.uk.

Fresh from touring Europe and the rest of the world with bands such as Foo Fighters, Bloc Party and Muse. The Welsh trio head back to the UK for a their biggest headline tour to date to promote their 2nd album ‘Wolf’s Law‘, The Joy Formidable will play a series of shows across the country, including a very special Emma Scott Presents show on Friday 1st March. Support on all dates comes from Kill It Kid with Denuo.

The Joy Formidable formed in 2007 in their Welsh hometown of Mold. They spent the initial few months writing and recording before releasing their debut single “Austere” in July 2008. Prior to this release a handful of demos were being circulated around to the country’s tastemakers, Emma Scott received one of these demos and immediately started playing it on her radio show when she was on Kerrang! Radio early in 2008, she has remained a fan and supporter of the band ever since.

Emma Scott Presents are the Midlands’ leading independent new music promoter, and are winners of ‘INDIE PROMOTER OF THE YEAR 2012‘ award for the UK LIVE MUSIC BUSINESS AWARDS, as well as being crowned PROMOTER OF THE YEAR in 2011 and 2013 by PURE RAWK at their annual awards. They are also nominated once again this year.

Emma Scott is also a radio presenter with over 25 years on air experience. Working at major radio stations throughout the UK during this time.