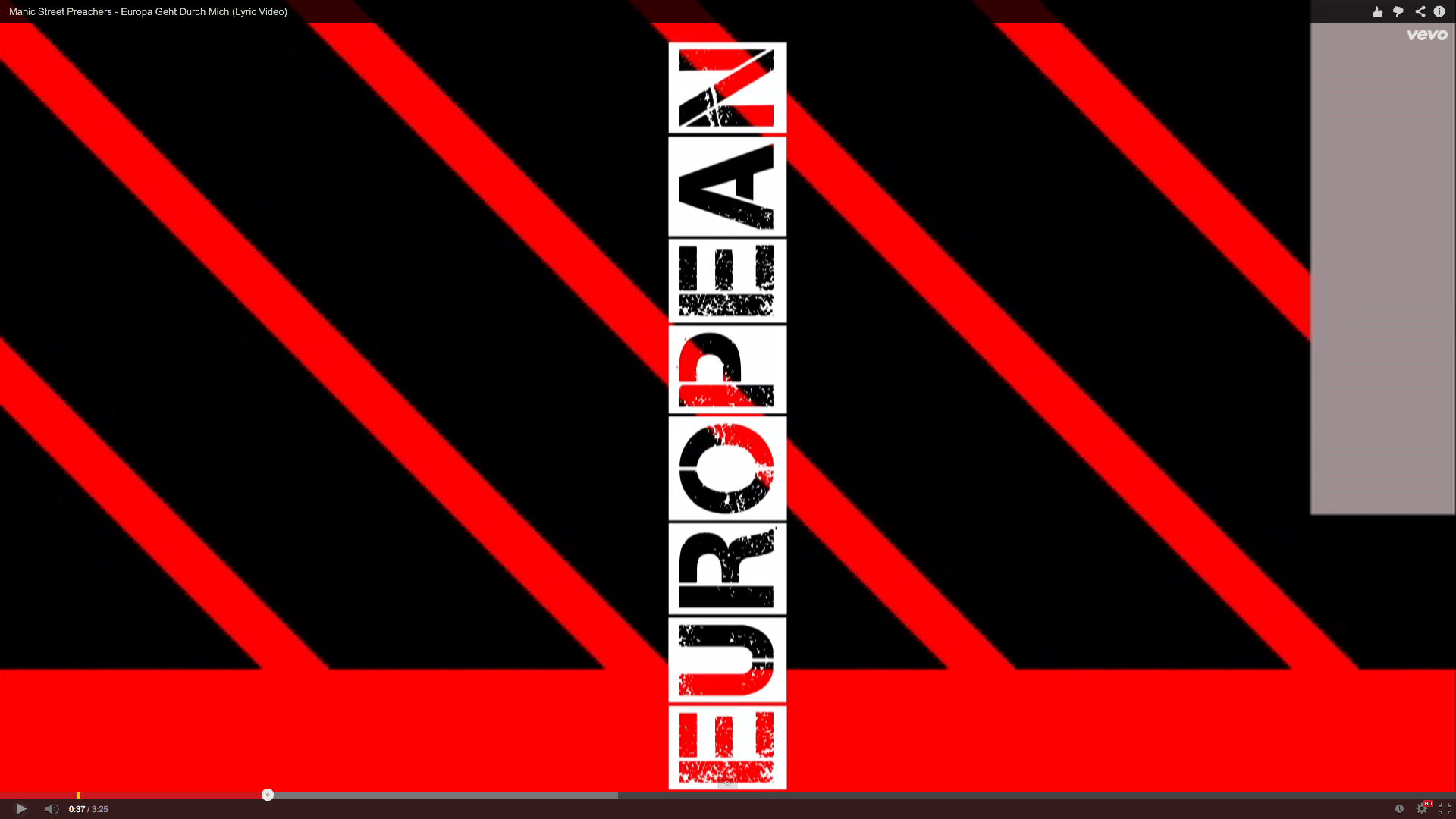 MANIC STREET PREACHERS have unveiled a lyric video for new album track Europa Geht Durch Mich which the band have been playing across the recent Sold Out UK tour and due to appear on forthcoming album ‘Futurology’.

The electronic sounding track features a frightening guitar line running low in the mix, thunderous drumming and also features guest vocals from German actress Nina Hoss. The video itself was recently used as a backdrop to the song in the live arena and features a modern take on the bauhaus movement in it’s design.

Seemingly having dropped this song surprisingly out of nowhere as a download via all major distributors along with the video, they are gaining a lot of anticipation for the forthcoming album due on 7th July. New single Walk Me To The Bridge is also available to pre-order due for release a week before on 29th June.