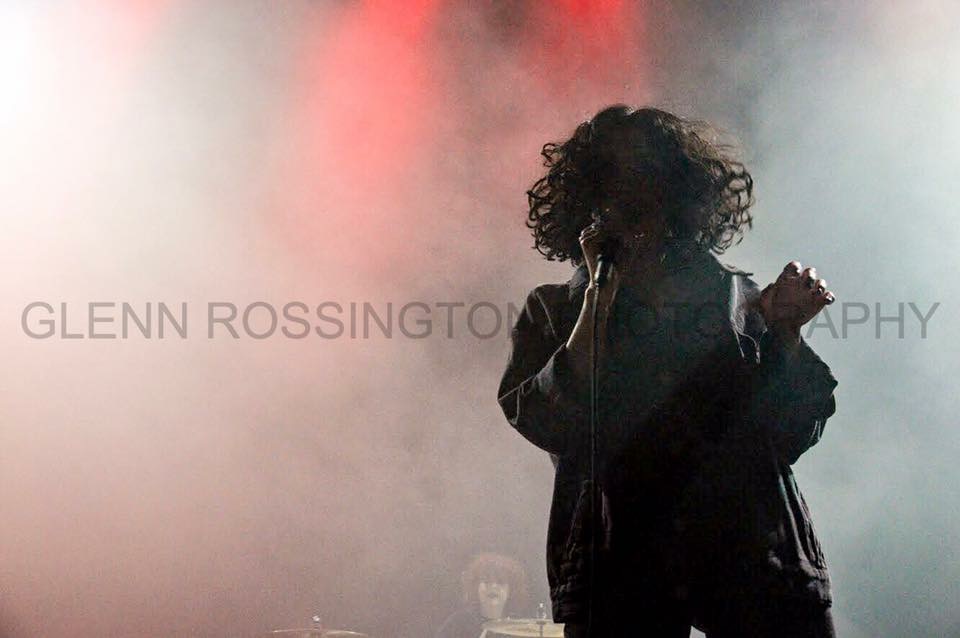 Live Reviews
27/09/201802/10/2018 Glenn Birmingham, digbeth, dirty hit, Eighteen, heather baron gracie, king nun, live review, o2 institute, pale waves, Swimming Girls, There’s A Honey, Yucatan Records
Having just released their stunning debut  record ‘My Mind Makes Noises’ only days before, Manchester’s newest heroes Pale Waves have begun a short UK Tour and are tonight playing an almost sold out main stage room gig at the second city’s o2 Institute.
What is impressive is that for an album that has only been in the public domain for a few days, the relatively young audience know every word and spend the entire gig shouting them back at the northern band.
Support from tonight is an eclectic mix, kicking off are King Nun with their brand of new punk. Shouting lyrics, making as much riotous noise as possible, the frontman appearing shirtless with a slogan written down his chest, this is like watching an early incarnation of the Manics and the Sex Pistols combined.
Next up are Swimming Girls. Coming across as moody, epic and full of pop undertones, their set is reminiscent of early Chvrches and Wolf Alice crossed with a hint of Blondie.
Finally, it’s on to the main set. Heather Baron-Gracie and her band arrive to loud cheers as the moody lighting illuminates the stage in short sharp lightning bolts. Launching straight in to an upbeat ‘Television Romance’, they do not stop or look back. ‘Kiss’ comes next followed by a brilliant and high energy rendition of ‘Eighteen’.
Front woman Gracie is enlightening throughout the whole set. It’s very easy to see why they have been chosen to open for The 1975 on their UK dates next year, they have captured their sound perfectly, almost highlighting that this is the new sound of Manchester. We’ve had the baggy era defined by the Roses and Happy Mondays, britpop bought us Oasis and latter day Courteeners, now there is the electro-pop of this new era.
Pale Waves’ set is littered with gems. ‘Heavenly’, ‘Black’, ‘Came In Close’ and ‘Noises’ show off their musicality and sees Gracie switch between singer/guitarist and the prowling front woman she is destined to be. Guitarist fills in the leads perfectly and the bass/drum rhythm become the pulsing heart of the set tonight.
The only gripe is that as gothic in appearance that they are, the moody backlighting becomes too much. It would be nice to see the band enjoying themselves with a bit more light throughout the set. Yes it is all about the quality of the music, but putting on an energetic live performance does require a two-way interaction in parts.
The closing duo of ‘My Obsession’ and ‘There’s A Honey’ see band an audience elevated to the realms of pure joy and almost bring the roof down. Pale Waves may already be four years old and only just released their debut album, but their future is very bright indeed. Given the right marketing, we have the perfect female fronted new version of The Cure to behold.
Tweet