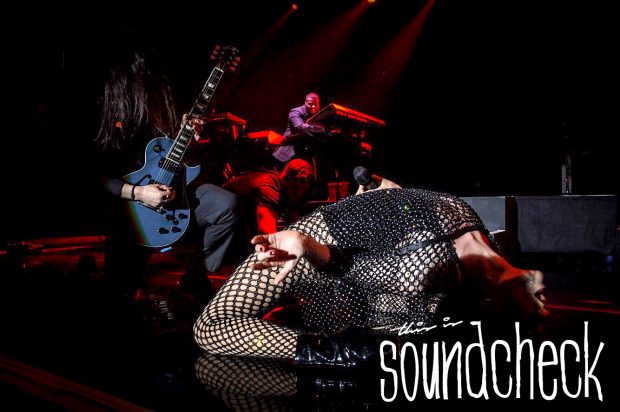 Having once been the artist of the moment in the pop world, Londoner Jessie J has gone through a multitude of events and remained one of the UK’s most revered pop artists. Tonight, in support of latest album ‘R.O.S.E.’ She is playing one of a handful of intimate dates across the UK.

We were forewarned that tonight’s show would feature four elements; ‘Realisations’, ‘Obsessions’, ‘Sex’ and ‘Empowerment’ aka the four elements of ‘R.O.S.E.’

Starting the evening, Jessie arrives on stage in a leotard covered in a sparkling netted sheath and launches straight in to ‘Oh Lord’ and ‘Think About That’ before old favourite ‘Do It Like A Dude’ gets the venue on their feet. The first section is seductive, powerful and full on pop. ‘Nobody’s Perfect’ and ‘Easy On Me’ again show off her impressive vocals and dominance on stage.

After a quick costume change and coming back in a white suite and matching hat, J gives us ‘Real Deal’ and ‘Not My Ex’. In terms of the music, there is no variance from the first set. Impressive, powerful dominating pop is the theme of the night. However, things start to go awry with on stage sound issues as Jessie informs us she is trying to sing all of the parts as she can’t hear anything. After an impressive ‘Stand Up’, Jessie treats us to an impromptu acoustic performance of ‘Who You Are’ whilst the sound issues are resolved.

‘Sex’ is next and sees another costume change in to a blossoming red dress. ‘Queen’, ‘Play’ and ‘Masterpiece’ make up this short set before she disappears for her final change.

Returning this time in a gold pant suit, this is where the gig is cranked up and everyone is joining in vocally. ‘Glory’ segues in to the lively chart smash ‘Bang Bang’ which sees the room errupt. ‘Price Tag’ is dedicated to a youngster on the balcony for staying up so late to see her perform. A lovely touch to her young fans. Guitar heavy ‘Domino’ closes the show in fine form.

Jessie J may not be in the limelight as much as some of her contemporaries these days, but having the freedom to create albums as she wishes is a revelation and allows for some brilliant pop gems to be born. A really fun night out for something a bit different.