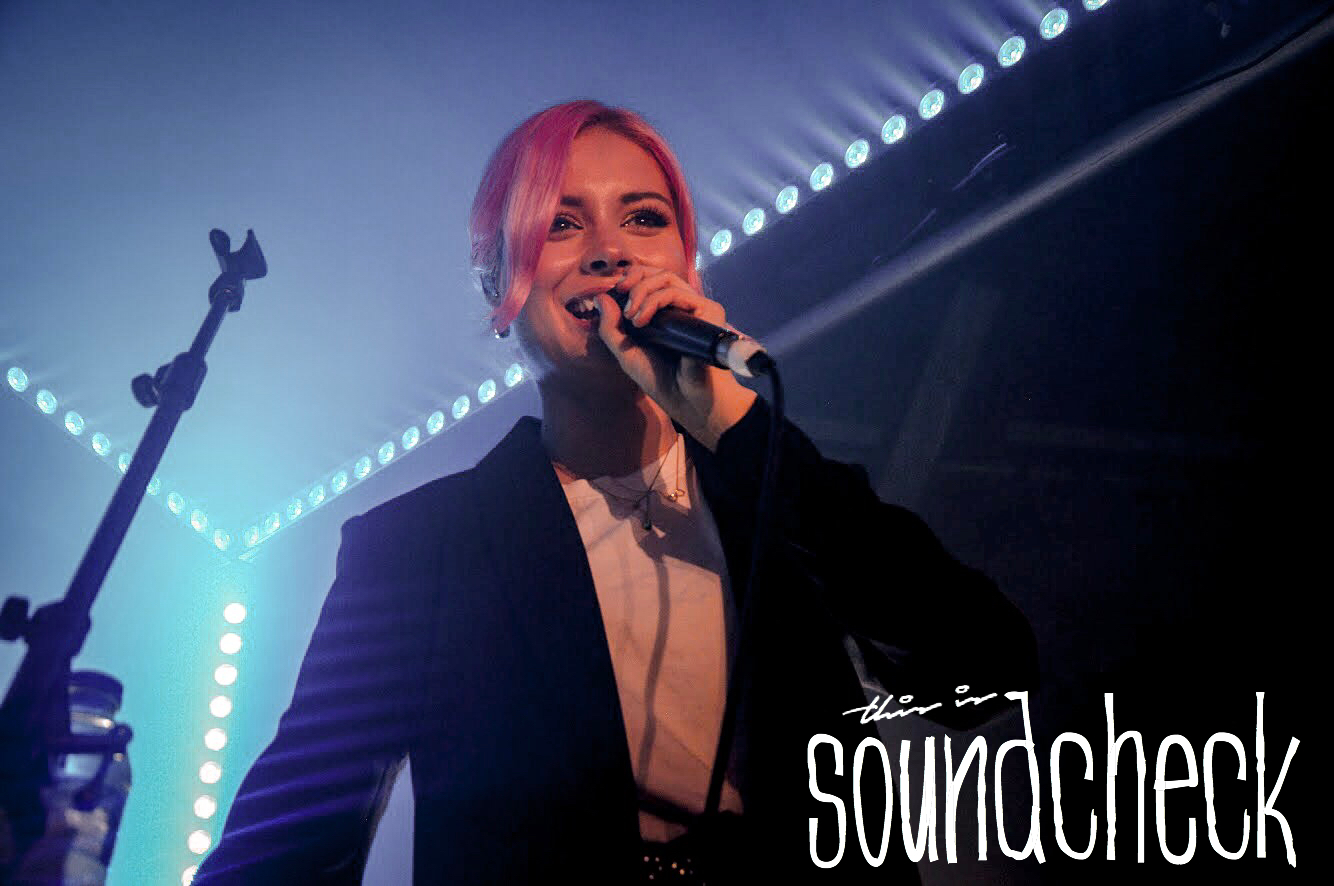 On the back of releasing her second solo album ‘The Sun Will Come Up, The Seasons Will Change’ and a successful tour of North America, Nina Nesbitt returned to the UK to play a Sold Out tour of intimate venues to promote current single ‘Love Letter’.

Running a few minutes late, the lights dip and the stage is bathed in a gorgeous pink and blue (inspired by the album artwork) and Nina Nesbitt arrives on stage and for a moment basks in the adoration from the young audience. She launches straight in to ‘Somebody Special’ but only gives us the first verse and chorus before seguing in to ‘Sacred’. Prowling around the stage, it is clear that Nesbitt has gained a new found confidence with her current material which is a far cry from the shy blonde teenager who graced the stage a few years ago.

Tonight is all about the current album with most of the songs being played live. ‘Colder’, ‘Empire’, ‘Things I Say When You Sleep’ and the full version of ‘Somebody Special’ are all stunning tonight. Her collaboration with Charlotte Lawrence ‘Psychopath’ is another highlight as she is joined by tonight’s support act Mali-Koa on joint vocal duties. The heart breaking ‘Is It Really Me You’re Missing’ is a gentle tender ballad that really shows off Nesbitt’s vocal range as she levitates from the whispery subtleness to a full on soaring vocal assault in a moment without breaking a sweat.

Another element to Nina’s bow at the moment is how strong her song writing has become. a stripped down acoustic rendition of ‘Last December’ could have even the hardest of souls weep at the lyrical content reminiscing about a former love. We even get a nod towards her past with a brief performance of ‘The Apple Tree’ from her debut album ‘Peroxide’. Her comeback single ‘The Moments I’m Missing’ was a surprise hit for the Scottish singer and tonight is flawless in it’s showcase. Being an album of heartbreak equal to Lionel Richie’s ‘Hello’, her new album ‘The Sun Will Come Up, The Seasons Will Change’ is a contender for “Album of the Year” so far in 2019. The closing song of the main set tonight is ‘The Best You Had’, a two fingered word assault again to a past love but is defiant in it’s meaning.

The encore begins with her current title track, a vibrant and hypnotic pop single which makes way to a cover of Britney Spears’ ‘Toxic’. This sees the room join in for a mass sing-a-long as we celebrate the best of female talent in the music world. The show closes of course with her biggest hit to date, the catchy ‘Loyal To Me’. You cannot deny that this is a perfect slab of pop with it’s 1990’s urban rhythm and TLC-esque vocals.

Nina Nesbitt may have found herself out in the wilderness for a few years, but the young star is now more focussed than she has ever been. We will not be seeing her in the small and intimate venues of this tour for much longer. With fellow Scottish star Lewis Capaldi rising fast and championing her career (even appearing on stage with her a few nights before in Glasgow), Nina Nesbitt is on the path to a bright future. With performances like tonight which can be equalled to the heartbreak of Adele and the pop delivery of Ellie Goulding, it is best that you join her army of “Nesbians” now and see her whilst you can.