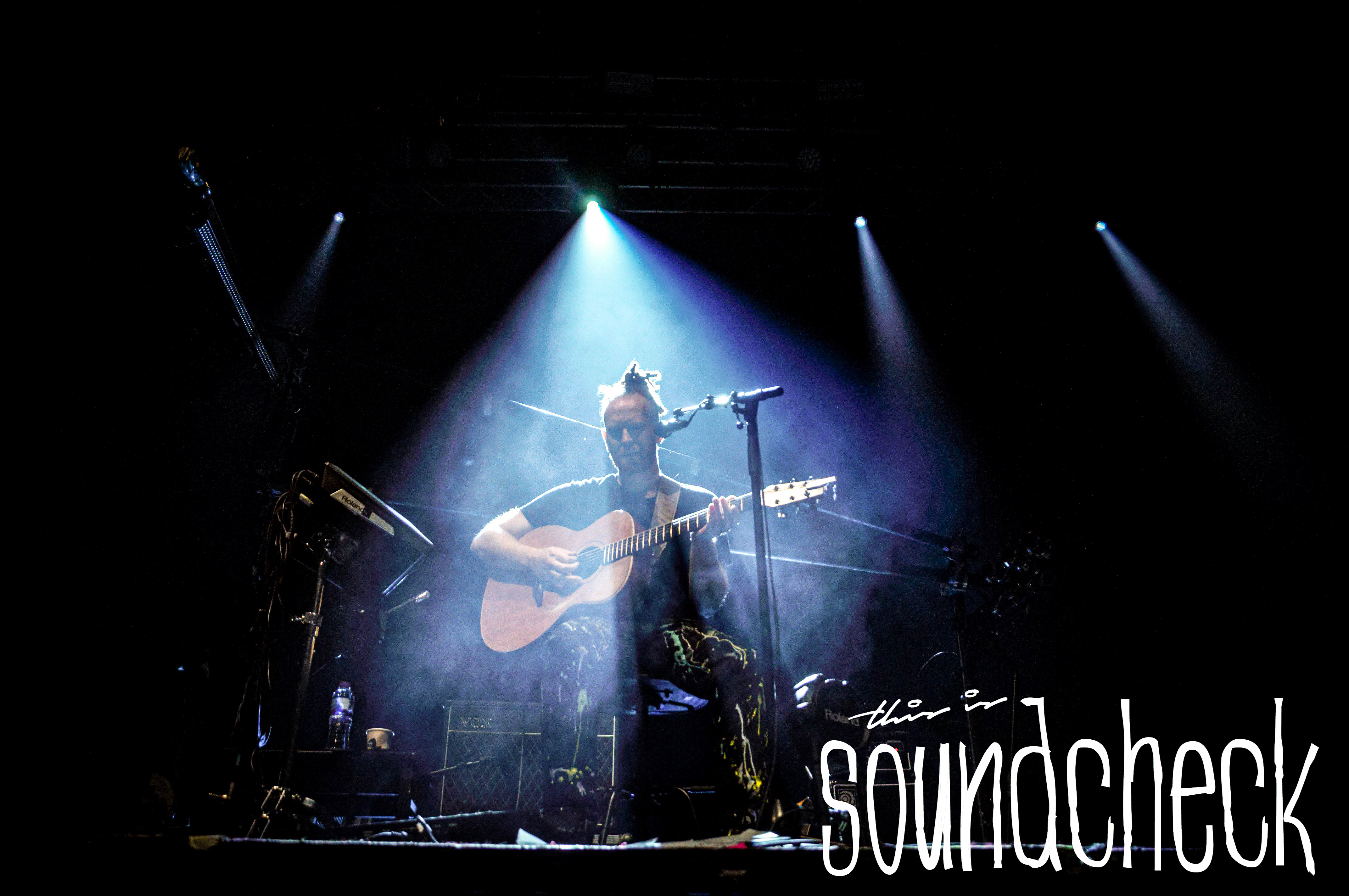 Fresh off the back of a stunning UK Arena Tour playing the part of “Thoughts of the Journalist” in Jeff Wayne’s ‘War of The Worlds’ throughout the Winter of 2018, guitar virtuoso Newton Faulkner is playing the first dates of a UK & Europe Tour to promote his current ‘Best of…’ collection.

Always an intimate yet raucous affair, Newton arrives on stage and is serenaded by a very vocal audience who are in fine voice as he launches straight in to ‘If This Is It’. This is followed swiftly by a delicate ‘Indecisive’. Newton is not only an accomplished guitarist and vocalist, he plays multiple instruments and even has the time to give us a lesson in how to play the kazoo which causes a sea of hysterics.

There is a large section of our society who when it comes to live music, really only go for the hits. Tonight this portion of the audience seem only to be a third of the Sold Out room, but nonetheless, by the time of the final choruses in each of the unfamiliar songs, everyone is singing along no end. And of course, one of the best things about ‘Best Of…’ tours is that you really do get to hear the classics alongside the odd new song or an artist favourite.

Tonight, Faulkner is flawless. We get the big hits: ‘Brick By Brick’, ‘Clouds’, ‘I Need Something’ and of course ‘Dream Catch Me’. We even get a few of the lesser known releases which sound phenomenal: ‘Against The Grain’, ‘Shadow Boxing’ and ‘Passing Planes’ and even two new tracks, recently released on his aforementioned ‘Best Of…’: ‘Don’t Leave Me Waiting’ and the gorgeous ‘Take All You Want’.

Something Newton has become famed for of course has been his eloquence in his covers – The second disk of his album features a collection of those that he has only ever played live, finally recorded. Tonight we are treated to: ‘Million Reasons’ by Jess Glynne, ‘I’ll Be There’ by The Jackson 5, ‘Send Me On My Way’ by Rusted Root, ‘No Diggity’ by Blackstreet and his original cover of the ‘SpongeBob Square Pants Theme’ which goes down really well. There is of course, time to also throw in his stunning cover of ‘Teardrop’ by Massive Attack which sees the entire auditorium singing along to every word.

As fun as it is to hear the covers, it is a relief to only be treated to a handful as Newton’s own songs are where he really shines. Evidenced by the set closer ‘Write It On Your Skin’. The mass singalong shows just how well thought of and highly regarded Newton Faulkner is. A testament to his longevity and persistence and sheer lovable drive that the audience is filled with people from all walks of life. It seems that to some, he is a guilty pleasure, yet to others he is an idol.

We get two encores tonight. The first sees Newton in playful mood by getting the audience to join in with little moves and plenty of merchandise stall kazoo playing as we get a lively rendition of ‘Up, Up And Away’. The final encore and final song of the night is a beautiful and celebratory version of ‘Orange Skies’. Newton leaves the room tonight smiling wildly from all the love in the room.

It is always a pleasure to see Newton Faulkner on the live circuit, and never a bad show played. Hopefully some new releases are set for the not too distant future and we get to see more of him soon.