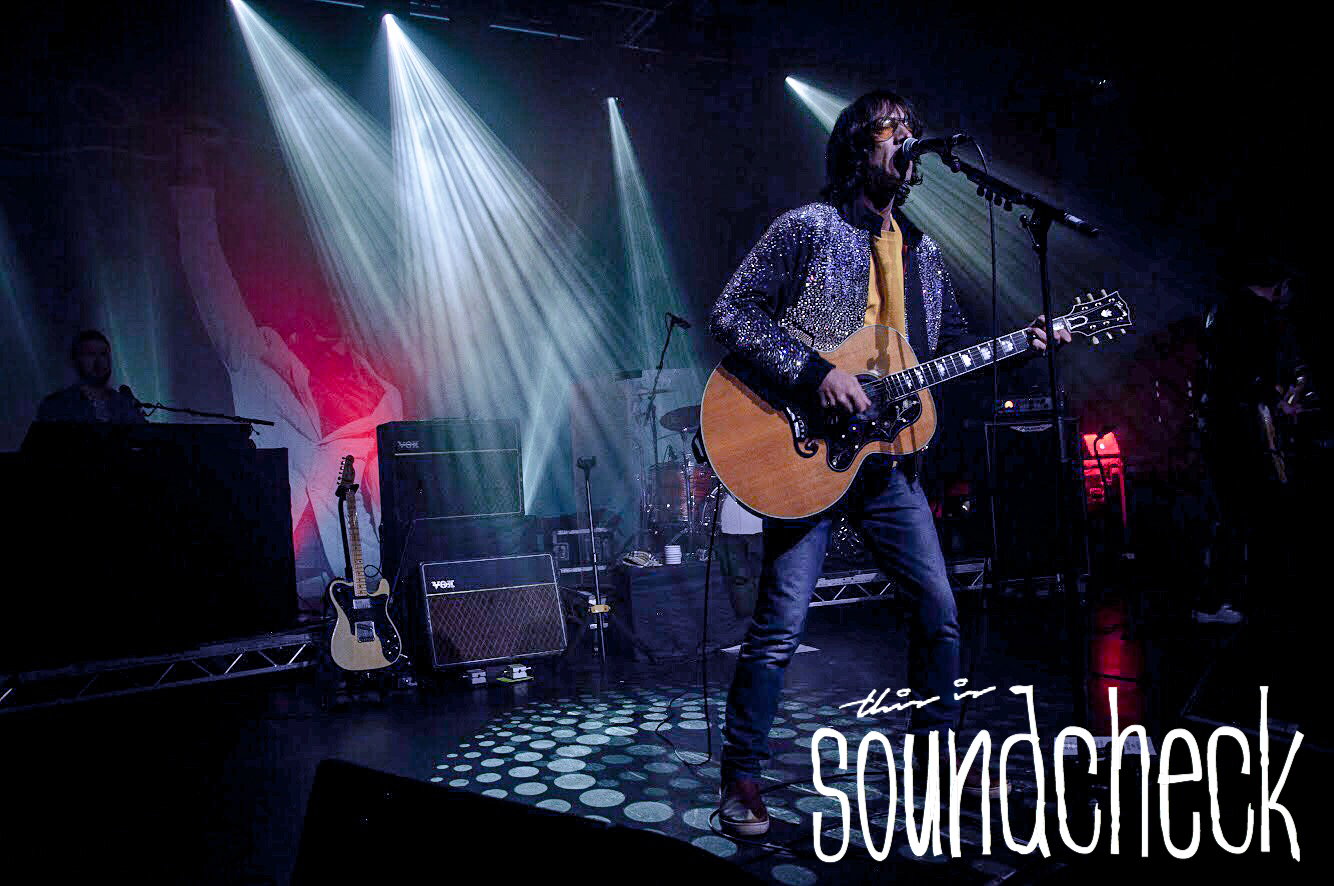 After releasing latest album ‘Natural Rebel’ towards the end of last year, Richard Ashcroft is back playing a handful of UK dates ahead of the Summer Festival Season.

After a DJ support set, the lights dip bang on 8:45 pm followed by his band taking their positions. Moments later, Ashcroft arrives on stage in flamboyant style launching straight in to one of the highlights from 2016’s ‘These People’, the politically charged ‘Out of My Body’.

There is something about Ashcroft at the moment that cannot be defined. He is a genius, a great songwriter, lively yet moody on stage and his live shows are incredible. Yet from time to time his eccentric side will show through which makes his persona feel overly edgy. Tonight this side is reigned in and subdued to only his dancing.

Second song of the set sees him pick up his iconic acoustic guitar for a beautiful rendition of ‘Sonnet’. Of course this is the first of many singalongs tonight and the first of the Verve’s material to get an airing. In traditional form, ‘Sonnet’ and ‘Break The Night With Colour’ see the live jamming take effect on stage as both songs are broken down and rebuilt back up to a crashing crescendo.

During past tours from Richard, the set has relied heavily on his time with the Verve, specifically ‘Urban Hymns’ (The so called Verve album which should have been his debut solo record. Ed.) tonight’s set is naturally peppered with these hits, but is outdone by tracks from his solo career. Richard is a strong songwriter and sometimes, despite his eccentric and playful demeanour, is naturally shy. Lacking the confidence in his own material.

From his solo archive tonight we get belters such as: ‘A Song for the Lovers’, ‘Music Is Power’, ‘That’s How Strong’ and the flawless ‘Hold On’. There is a tender moment when he breaks out a rendition of ‘Glory’ from his side project band The United Nations of Sound (which were very underrated). But of course, the set is wound back up with a stunning version of the Verve’s ‘Lucky Man’ which sees the entire audience chanting the “oh-oh, my-my” parts well after the band have left the stage.

Richard returns to the stage for an encore beaming in gratitude to his adoring crowd. A solo acoustic version of ‘C’mon People(We’re Making It Now)’ is incredible. A track from his debut solo record ‘Alone With Everybody’ that has stood the test of time well. ‘The Drugs Don’t Work’ follows which, with the audience behind him, is powerful and moving. The band join him back on stage for a final and incredible rousing rendition of ‘Bittersweet Symphony’. Like the Manics with ‘A Design For Life’, it is now impossible to think of Richard Ashcroft closing his set with anything else.

Coldplay once described Richard Ashcroft as a singer who defined a generation and one who has the most rock n roll vocal they had experienced. After a powerful performance tonight, I totally agree. Richard Ashcroft is a legend who is still finding his confidence as a solo artist but is forever the legend he always has been.