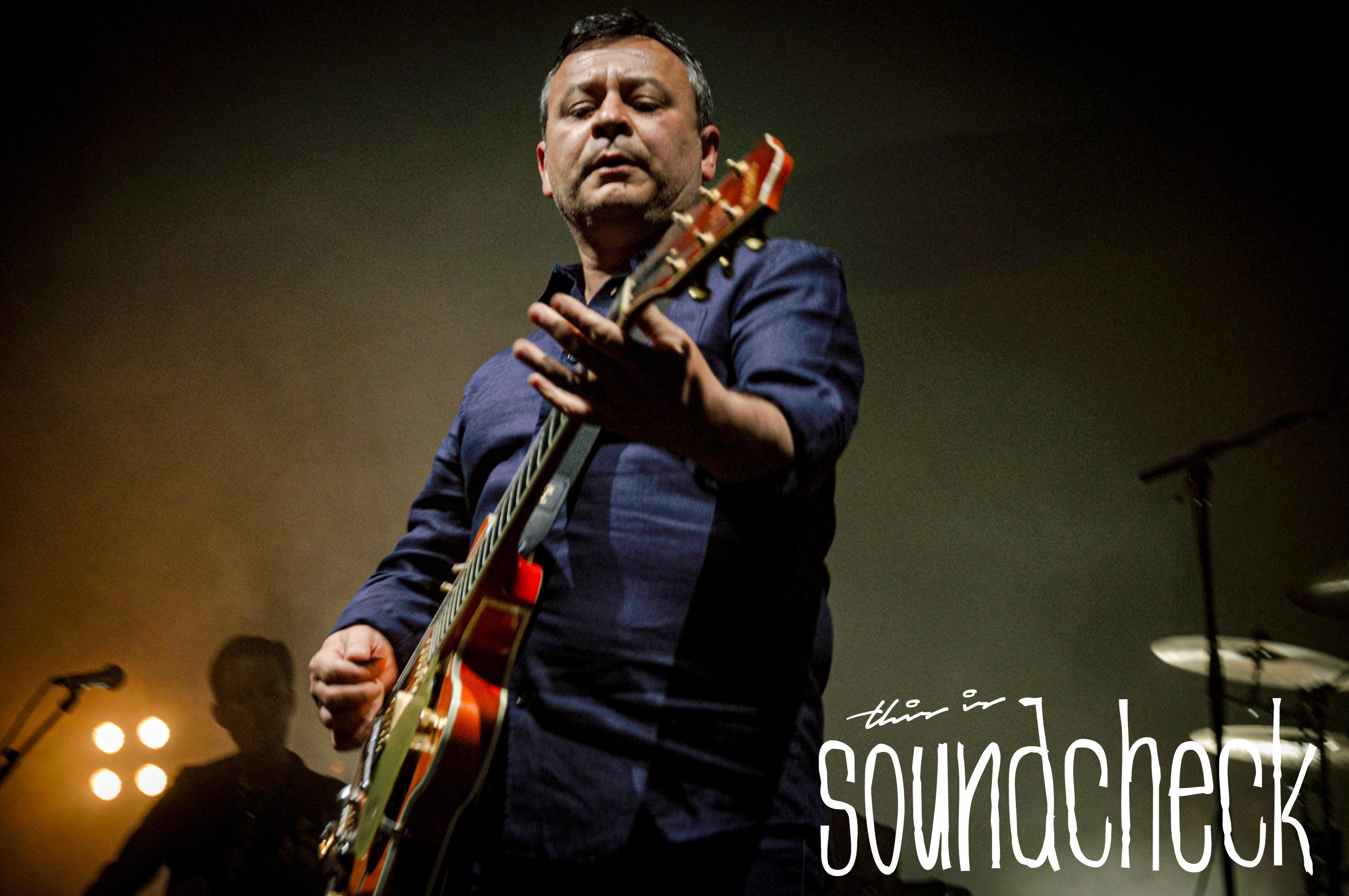 Twenty One years ago, the Summer of 1998, the world got it’s first taste of Manic Street Preachers’ fifth album ‘This Is My Truth Tell Me Yours’. This arrived in the format of lead single, and the bands’ first Number One single ‘If You Tolerate This, Your Children Will Be Next’. Fast forward to the present day and the Welsh boyos are the third date in to a UK Tour specifically geared around the 20th Anniversary of this gentle yet magnificent opus.

The setting for tonight’s show is the glorious Bath Forum, a beautiful art-deco old theatre in the heart of the Somerset city. With the wealth of melancholia surrounding these dates, it seems fitting that this venue is tonight’s show home. Content enough with selling out arenas, stadiums and headlining festivals across the UK, it is always a joy to see the Manics in such an intimate venue. This may have been part of the selling point for this Sold Out tour, back in 1998, they were playing the biggest venues around the country and some of the more mellow album tracks could not have been carried off well in a vast space. Condense the venues today, and the shrill claustrophobic atmospheres match perfectly how the album has aged.

The first half of tonight’s set is the entirety of ‘This Is My Truth Tell Me Yours’ but with a minimal change to the running order. ‘The Everlasting’ opens the show, an odd choice at any other performance, but it’s subtle driven tenderness accompanied by moody low light is the perfect opening. Skipping ahead slightly, ‘You Stole The Sun From My Heart’ is the Second song tonight and sees both the band and audience join in arms for the oh so familiar pogoing synonymous with Manics shows.

Sometimes it is easy to forget just how much of a solid album ‘TIMTTMY’ was. Album tracks such as ‘You’re Tender And You’re Tired’, ‘My Little Empire’ and ‘I’m Not Working’ are incredible. ‘Be Natural’ for me is a personal standout track, as is the tender James solo of ‘Born A Girl’. Even ‘S.Y.M.M.’ stands out as a beast in a live setting. But of course the album contained some massive hits. ‘Tsunami’ is performed almost at breakneck speed compared to it’s original incarnation.

The only major mix up is that on the original 1998 album, track 12 was listed as ‘Nobody Loved You’ and on the reissue, was replaced with the monster B-side ‘Prologue To History’. On a personal level, I would have loved the band to have kept the 1998 tracklisting, but, ‘Prologue…’ arrives and is flawless. The driving piano and electronic undertones, combined with Nicky Wire’s spiteful lyrics are a massive highlight welcomed by the capacity crowd. The final track of the set is of course ‘If You Tolerate This, Your Children Will Be Next’. The electronic chords in the opening signals a clap along by both band and audience as James, Nicky and Sean put in another excellent performance.

In previous album performances, the band have left the stage for a brief intermission. However tonight they choose to plow on and launch straight in to 1993 classic ‘Sleepflower’. We are then treated to a further 9 tracks from their back catalogue. We get the massive singles ‘Your Love Alone Is Not Enough’, ‘International Blue’ and the classic ‘Motorcycle Emptiness’. We even get a surprise and random inclusion of their Rihanna cover ‘Umbrella’.

Seemingly full of energy nearing the two hour mark, we are given a flawless performance of ‘No Surface, All Feeling’ from 1996’s ‘Everything Must Go’ and in traditional style, they end with the massive ‘A Design For Life’. Never a band to play an encore, this of course signifies the end of the show. The only gripes tonight are that Nicky is quiet on stage. Apart from reminiscing about the last time the band played Bath (way back in 1991!!) and introducing James Dean Bradfield midway through the set, he was unusually hushed. It was however refreshing to see a set that did not contain the likes of ‘Everything Must Go’ and ‘Kevin Carter’.

For a show based on melancholy memories, the band certainly delivered. Mixing the album tracklisting up a touch was a refreshing take, and a short act of hits to close the night was sublime. Many years ago, the band stated that they did not want to risk becoming a “touring museum band”. Having now done three albums worth of full album tours, it remains to be seen whether any more albums get the anniversary shows, but on this form, it really wouldn’t matter if they decided to do it all again.