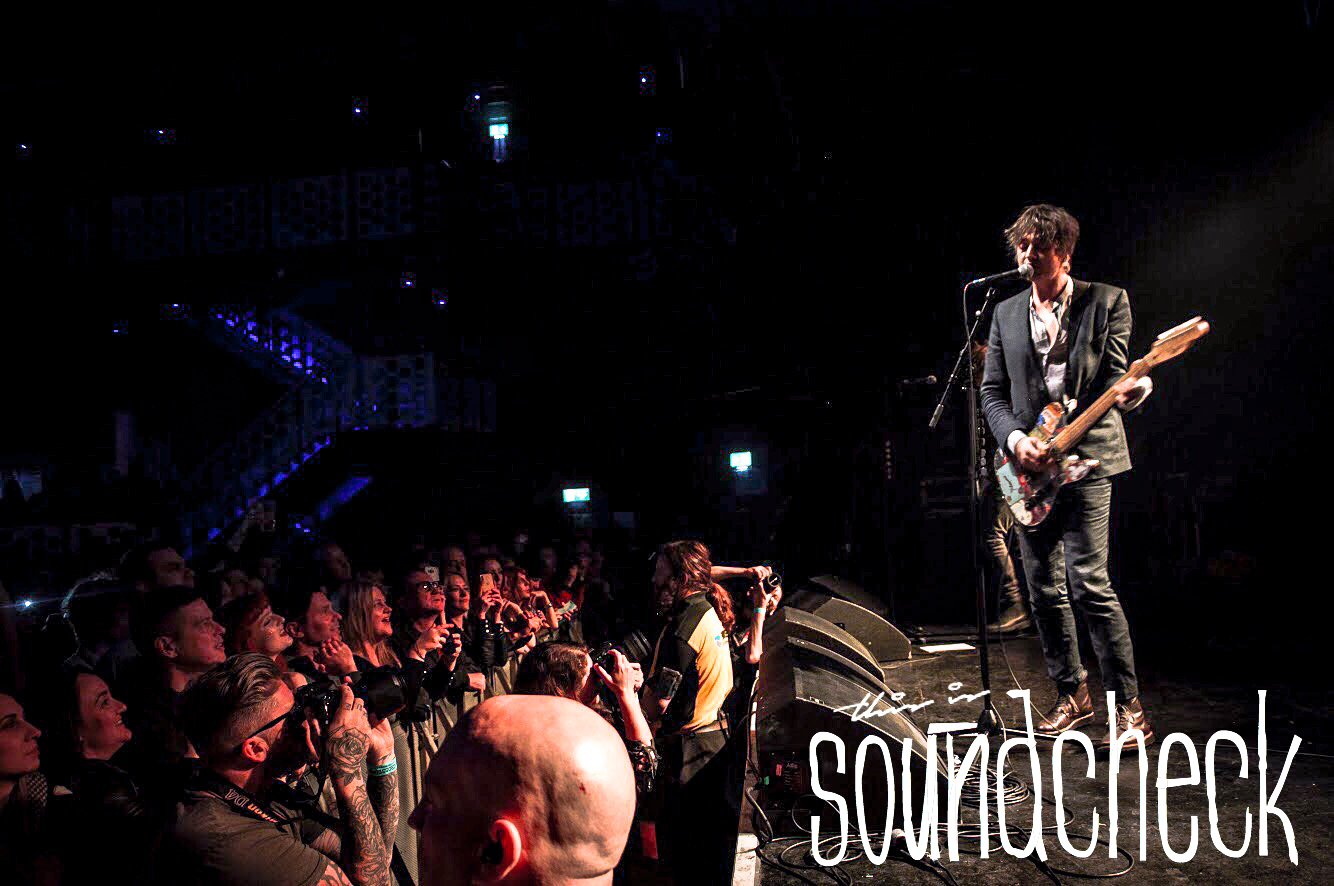 A Peter Doherty gig now is not what it was ten plus years ago. Gone is the shambolic drugged up drunken mess that made every gig so unpredictable, now is a reformed rock n’ roll star proving he is one of the best lyricists this side of the Millennium. Performing with his current band, The Puta Madres, tonight’s Bristol gig was a quiet affair for the solo Libertine. The approximately half full Academy Main Room was full of long time fans, but made the intimate affair all the more special.

Arriving on stage 15 minutes earlier than planned, Peter and his band launch straight in to The Libertines’ ‘All At Sea’. This segues in to one of Doherty’s solo tracks ‘Hell To Pay At The Gates of Heaven’. It is clear from the offset that tonight will be a more mellow affair than anything he has done with The Libertines or Babyshambles.

Third song in is ‘Narcissistic Teen Makes First XI’ and the first tonight of a number of tracks from the self titled debut album ‘Peter Doherty & The Puta Madres’. Peter is on brilliant form tonight. At times he is the shy and awkward type who hides behind his guitar, and at others he is the rock n’ roll crooner we know well. Singing his hearts’ content in to his microphone, stood atop a front of stage monitor leaning in to the front rows.

From his latest offering, we get the likes of ‘Who’s Been Having You Over’, ‘Travelling Tinker’, ‘Paradise Is Under Your Nose’ and the beautiful ‘A Fool There Was’. We even get a moody rendition of ‘You’re My Waterloo’ from his main band The Libertines. We also get a few reworkings of a handful of solo tracks; ‘I Don’t Love Anyone (But You’re Not Just Anyone)’, ‘The Whole World Is Our Playground’, ‘Kolly Kibber’ and ‘Last of The English Roses’.

As we get deeper in to tonight’s set, Doherty’s confidence grows. He becomes moretalkative with the audience, and even addresses his recent trip to A&E (due to a Hedgehog sting), by talking about the injury and peeling his bandage back to see how well it is going down. Covers of ‘Signed D.C.’ by Love and ‘Ride In To The Sun’ by The Velvet Underground close out the main set. Then there is a panic. Security officers run to the right hand side of the stage only to disappear towards the dressing rooms and we are left for the best part of ten minutes wondering if there will be an encore and what is happening backstage.

Fast approaching the fifteen minute mark, there are squeals of delight as the band walk back out, as Peter strides out last, he is accompanied by his two huskies who are left to their own devices and allowed to wander around the stage. As ‘Paradise Is Under Your Nose’ plays through, the two huskies could not have been any better behaved. Both are inquisitive by reaching out to smell the audience members who offer their hands out for a petting, they remain calm and at one point during ‘You’re My Waterloo’, are both lying down in front of the drum riser as Peter loving cowers over them stroking both as if only singing to them.

We are treated to an impromptu version of Babyshambles’ song ‘Albion’ to which Doherty dedicates to an audience member with “incredible tattoos”. The final track tonight is another Babshambles track, the punky ‘Fuck Forever’ which is given the Puta Madres chilled out vibes.

This was an incredible and slightly bizarre show from Peter Doherty. Lyrically, as mentioned before, he is one of the finest songwriters of his generation. Musically it was amore chilled out affair than anything he has done before. The smaller audience tonight made the whole experience more intimate, but there is a little niggle at the back of the mind that says as good as tonight’s show was, Peter Doherty was upstaged by his two huskies.