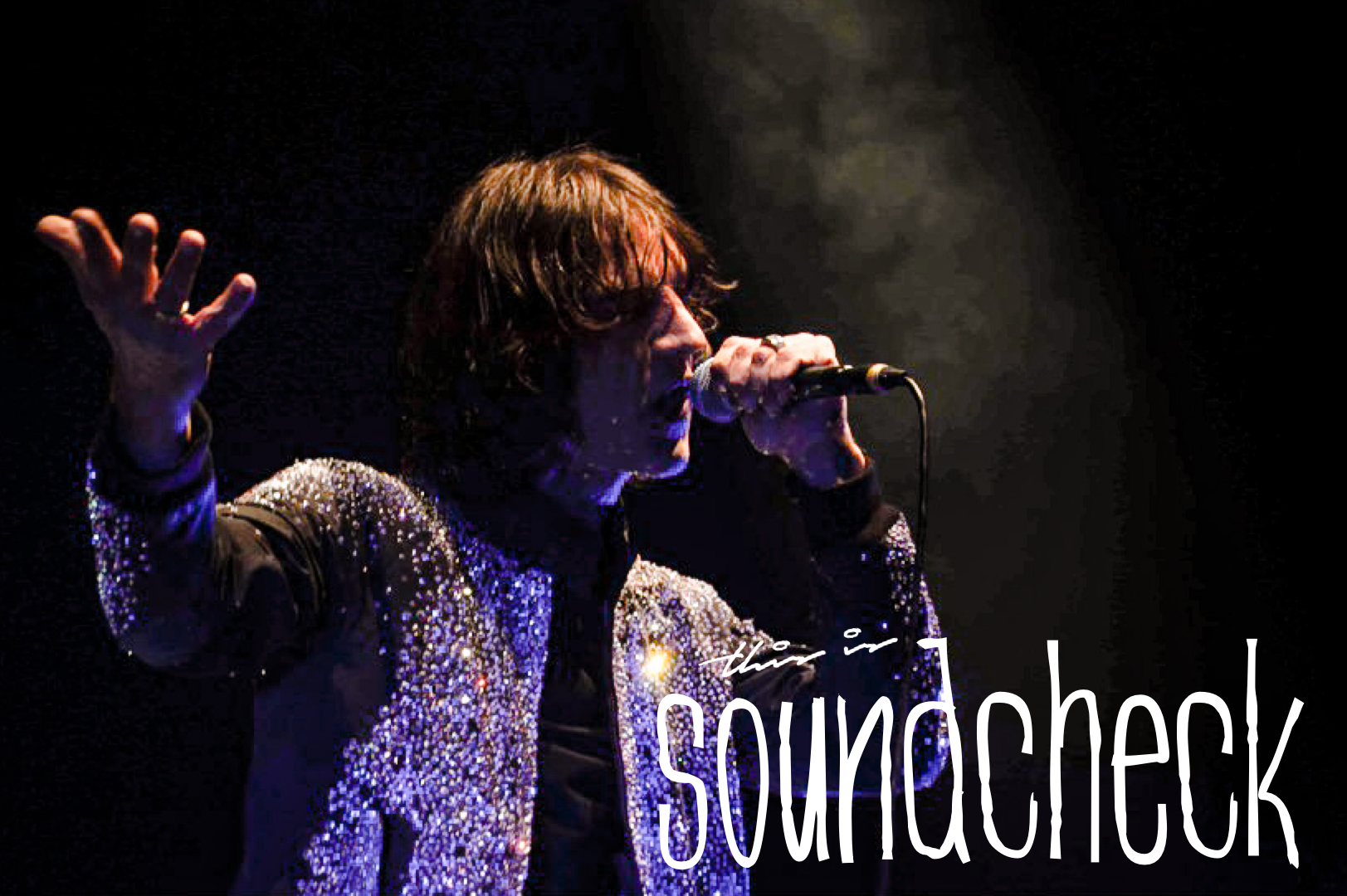 On the day he releases his latest album ‘Acoustic Hymns Volume 1’, Richard Ashcroft is playing one of two special shows across the UK to promote it. Tonight, headlining the M&S Bank Arena in Liverpool, there is anticipation in the air for Richard’s first show since before the Pandemic.

It is an odd sight to see the arena “all seated”. You would expect this for artists of an older calibre such as Genesis, Rod Stewart or Tom Jones for example, not the former frontman of the Verve. But, with it being what it is, the show opens with a 45 minute DJ set as the main support act. Again, it feels like a juxtaposition, a DJ playing to a seated arena.

Billed to arrive on stage at 8:45, it’s 8:55 that the lights eventually dim, followed by Richard and his band arriving. Beaming a smile as big as the Cheshire Cat, Ashcroft addresses the crowd and you can tell he is delighted to be doing this again. After a false start (He forgot to switch his guitar on) he kicks off with ‘Sonnet’.

The night is celebratory. Ashcroft is in fine form and at times gets lost in the music. Dragging out each track with a jam, its easy to see how a 14 song set list can exceed 90 minutes. Most of the set tonight are the songs that appear on the new “Greatest Hits”. With the exception of ‘Hold On’, ‘Out of My Body’ and ‘Music Is Power’, the only track missing from the acoustic collection is the United Nations of Sound song ‘This Thing Called Life’.

You get the feeling that with this collection, Ashcroft has reclaimed those Verve tracks that he proclaims should have been his debut solo album. ‘Sonnet’, ‘Space & Time’, ‘Weeping Willow’, ‘One Day’, ‘Velvet Morning’, ‘The Drugs Don’t Work’, ‘Lucky Man’ and of course ‘Bittersweet Symphony’ are now stripped of the essences that made them stunning Verve tracks and are now fully owned by Ashcroft himself.

The fact that tonight is majorly ‘Urban Hymns’ heavy with only a handful of his solo tracks backs this theory up. Especially now that the royalties for ‘Bittersweet…’ have been handed over to him, it is almost like a cleansing exercise. Of course, the performance of these tracks is exceptional, and sound exactly how he has played them since going solo. It is the solo tracks though that stand out. ‘Out of My Body’, ‘A Song For The Lovers’, ‘Break The Night With Colour’, ‘Hold On’ and ‘Music Is Power’ are stunning and cause as much of a singalong as the rest.

It is ‘C’mon People (We’re Making It Now)’ in the encore that causes a stir amongst the audience though. It was a great single when it was released following Ashcroft’s debut solo album ‘Alone With Everybody’ back in 2000, but has now been re-worked for his acoustic collection and features Liam Gallagher. During the break before the encore, the audience start chanting Liam’s name. Ashcroft saunters on stage in a parker, sunglasses and a bucket hat giving the impression that Gallagher is in the house. He picks up his guitar and performs the track solo until the very end when the band rejoin and they jam out the ending. A minor disappointment for the majority, but credit for playing along to Ashcroft.

Overall, tonight was a great night of music and Ashcrofts’ delight at being back on stage. It’s never easy to judge what Richard will do next, but hopefully more dates in the new year will ensue.