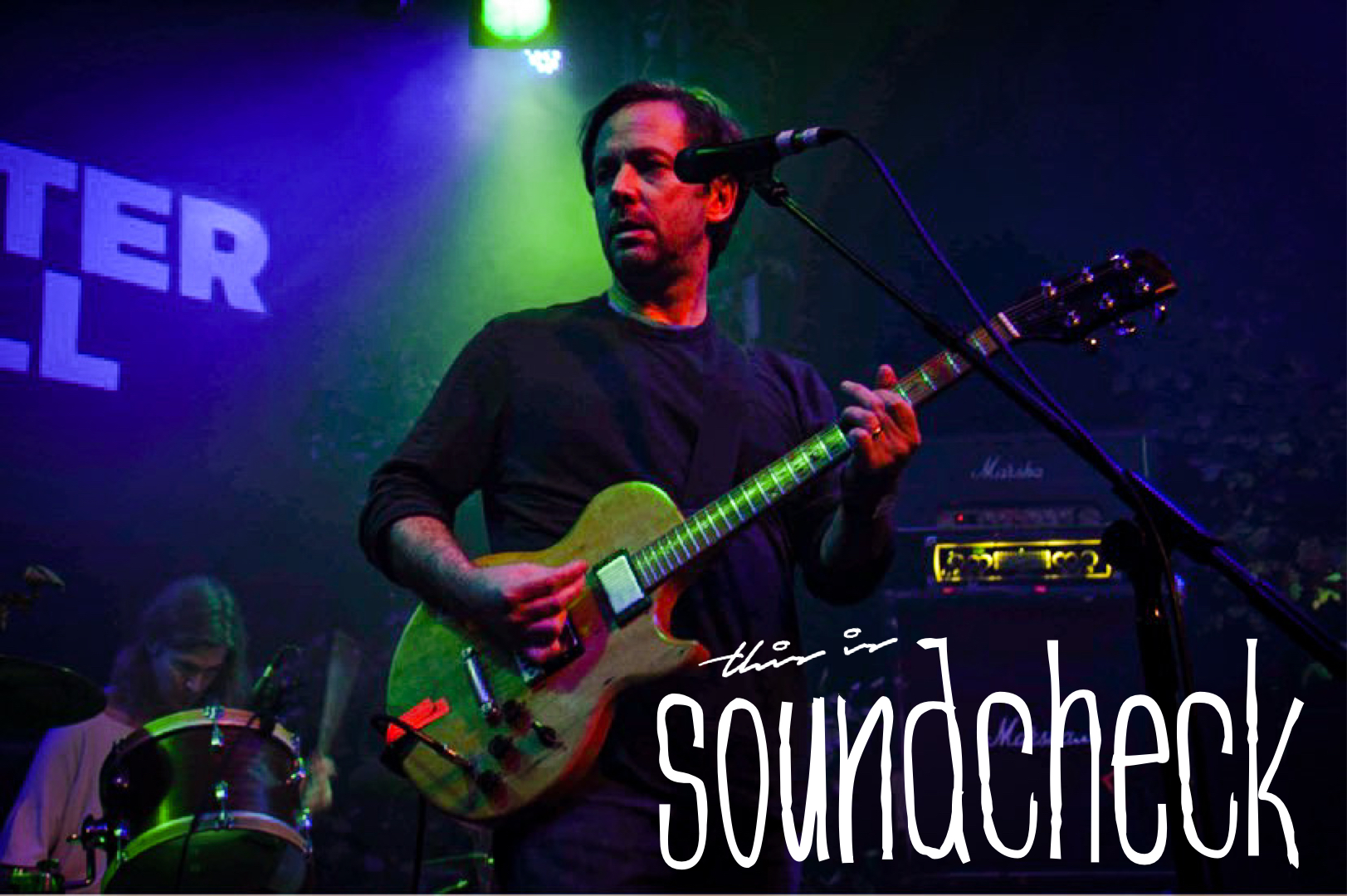 On an incredibly wet and windy night in the Cotswold town of Gloucester, Cumbria’s own Sea Power (The band previously known as British Sea Power) rock up to present a night of delicious indie tunes to keep us warm.

The band saunter on stage and launch straight in to intense instrumental ‘Heavenly Waters’ from their debut record ‘The Decline of… British Sea Power’. As this comes to a gentle close, the epic ‘Machineries of Joy’ kicks i, followed by the lucious ‘Oh Larsen B’.

At this point, frontman Yann addresses the audience and a comical interaction between the band and Security ensues as an audiece member carrying a tree branch is asked to hand it over. The band ask for them to come in to the pit and parade it around which is refused. followed by chants of “Free the Stick!” – security do not budge on this matter and the branch makes a retreat.

The forthcoming new album ‘Everything Was Forever’ is showcased tonight with four excellent tracks. ‘Doppelganger’, ‘Folly’, ‘Two Fingers’ and ‘We Only Want To Make You Happy’. Despite the name change, the music remains the same and is their trademark sound powered by images of old England beaming brightly.

Throughout the night we get delicious cuts from their back catalogue. ‘Spring Has Sprung’, ‘The Lonely’ and ‘Lights Out For Darker Skies’ are powerful. ‘No Lucifer’ and ‘Bad Bohemian’ show off their harder edge and delight the audience. But it is the closing trilogy of ‘Remember Me’, ‘Carrion’ and ‘All In It’ that sees both band and audience let go and give it their all.

Sea Power disappear and subsequently return for an encore. ‘A Trip Out’ teases us back in gently. The euphoric ‘Waving Flags’ comes next and again sees everyone give it their all, with both band and audience in fine voices. The final track of the night is the epic ‘The Great Skua’ and brings the night to a rousing close.

Sea Power have been constantly providing great tunes and even better live shows for over 20 years now, and long may this continue. If tonight was anything to go by, the new album is set to be a delight. Of course, look out for further live dates and festival appearances in the new year. Are we ‘All In It’ now? Yes we are.