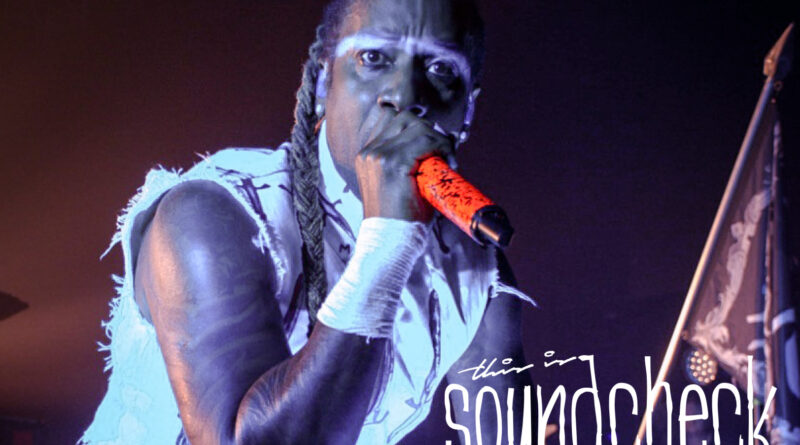 Losing a band member is always a tricky situation to be in, but when you lose one under sad circumstances as The Prodigy did in 2019, there is always a question of whether a band can survive this and can they do the legacy proud.

On one of the hottest days in the UK this Summer so far, a Sold Out o2 Academy is literally packed to the rafters. Before the band arrive on stage, the audience are treated to a high-octane DJ set from Jack Saunders that sees his blending hits and remixes, pulling shapes on stage and head banging like a hardcore mosher. By the time his set is over, it seems like most of the vibrant crowd are hot, sweaty and at least half of the guys are topless. Needless to say this crowd are up for it big time.

The lights dim, an air raid siren screams out and the audience go wild as The Prodigy make their way to the fore. Liam Howlett come to the front of the stage arms aloft and grinning at the reaction the crowd are giving. Live guitarist Rob Holliday and drummer Liam Crabtree take their positions. Howlett is at the ready on decks as frontman Maxim strides on stage questioning “Are you ready? Birmingham… are you ready?” as the notes of ‘Breathe’ kicks in.

The Prodigy are in the middle of their first set of dates since Keith Flint’s passing. There are a few references to him tonight, but the whole set feels like an intense tribute to him. ‘Omen’ is the second song of the set and by now the audience and band are in tune with each other and giving it their all. Maxim was always a great frontman in his own right, but tonight he is carrying the torch and putting on an effortless performance.

Tracks from the bands’ recent albums ‘The Day Is My Enemy’ (2015) and ‘No Tourists’ (2018) are given a thunderous reception having been well engraved in to the fans’ memories by now. ‘Light Up The Sky’, ‘Need Some1’, ‘Get Your Fight On’, ‘Wild Frontier’ and ‘Roadblox’ see the massive with their arms aloft, punching out the lyrics.

A mid-set reprise of ‘Omen’ is brief but gives way to the most poignant moment of the night; ‘Firestarter’. Traditionally this was Keith’s song. As the intro booms out around the venue, the lights dip and green lasers dance around the venue, giving way to a laser outline of Flint (much to the celebration of the audience) who continues to dance his way through the track. Flint of course is instantly recognisable in the lasers due to the trademarked horns from the video. The track is performed mostly as an instrumental, Maxim stands statuesque in the middle of the stage before screaming “He’s still here! He’s still fucking here! He’s in this room tonight, in your vibes! His presence is here!” as the track fades out – again this causes mass elation from the baying crowd.

The breadth of older tracks tonight is a treat and really proves that The Prodigy have so much in the arsenal. ‘Voodoo People’, ‘No Good (Start The Dance)’, ‘Poison’ and an epic set closer of ‘Smack My Bitch Up’ make you feel like you have travelled back in time to an early 90’s rave. The number of guys in the audience now with their tops off, drenched in sweat has doubled, the audience are still on fire along with the band, and the bars can not hand out free water quickly enough – but no one seems to mind.

The band return for an encore starting with ‘Take Me To The Hospital’ followed by ‘Invaders Must Die’. It feels like the whole venue has elevated to another plane. The final track is lifted from 2018’s ‘No Tourists’ and feels like it has taken on a new meaning now. ‘We Live Forever’. They close with an instrumental rendition of ‘Out of Space’ which sees everyone singing the chorus in unison to close a fantastic night.

There has always been a sense of urgency and vibrancy to The Prodigy’s performance and tonight was no different. No body seems to know what the plans are for the band after the tour, and no body is rushing them. It was utterly fantastic to experience them again, and a minimal but worthy tribute to Keith Flint in the process.