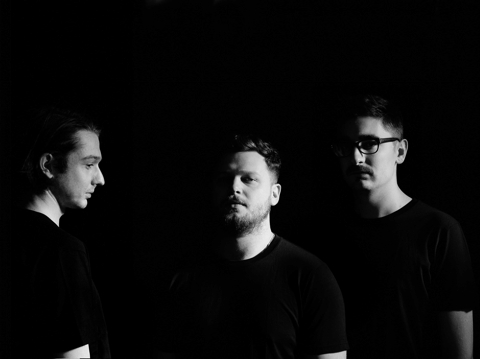 On the day that their second record; This Is All Yours hit the shelves in the UK, the Leeds trio ALT-J ‘∆’ played their first ever show in Wolverhampton. Their fourth date of the short tour to promote the album saw the sold out crowd pack the city centre Civic Hall venue.

It was emerging multi-instrumentalist Marika Hackman and her band which is provided the support for the tour.  The Hampshire born singer played a head-turning set which included tracks from her mini-album That Iron Taste. Her sound is expansive and mixes unusual beats between tracks; Marikas’ flawless voice filled the Civic Hall – silencing everyone.

Whilst Marika impressed, it was the main act which the crowd had come to see. Walking out with the repetitive note of ‘Hunger of the Pine’, with a flashing red backdrop, Alt-J took to the stage to huge, huge cheers. The hour long set was mixed extremely well between albums; after the first track, the band launched almost instantly to a rousing ‘Fitzpleasure’ and one of the set highlights ‘Something Good’.

With an impressive light show, the band stuck to the same set list as previous nights on the tour; which saw new material being welcomed by the crowd including the guitar heavy ‘Left Hand Free’ – which saw a nice sing-along chorus and the second installment to debut album track ‘Bloodflood’ – with ‘Bloodflood Pt II’. Whilst the crowd were unfamiliar with the track, they clapped the beat throughout, bringing a smile to the face of frontman Joe Newman.

The band closed the main body of the set with new album track ‘The Gospel of John Hurt’. The five minute track crescendos into a wall of noise and was welcomed emphatically as the band left the stage for a short break. Upon their return, the band performed a live debut of the Bill Withers track ‘Lovely Day’ – the song, a bonus on the album was almost unrecognisable to the original and given a true Alt-J stamp; after thanking the crowd for their support and commending the reaction to the new material; the band closed with fan favourite and breakthrough track ‘Breezeblocks’.

Alt-J haven’t reinvented themselves on the second album – instead built up from their debut. The material was mixed exceptionally well and has offered an interesting flavour of what’s to come on the next Alt-J tour which is expected to happen later next year. They are without doubt an exciting recording band, however they are an even more exciting live band.