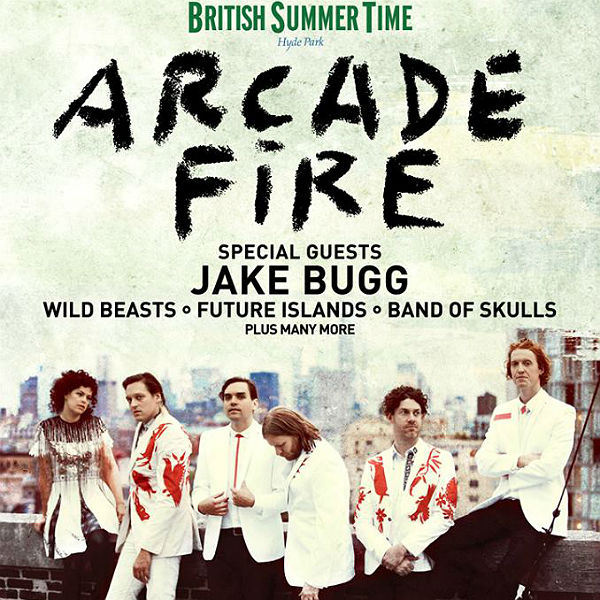 The band will be following their Glastonbury headline slot with a huge headline show at Hyde Park on 3rd July, supported by Jake Bugg, Wild Beasts, Future Islands, Band Of Skulls and many more. Tickets are on sale from 9am on Friday 23 May.

The Reflektor stars join the British Summertime series of gigs that also feature the likes of The Libertines, Black Sabbath, Neil Young, The National, McBusted and many, many more.

The Reflektor stars will be returning to the UK and Ireland this year for a string of live headline shows Dates are below.