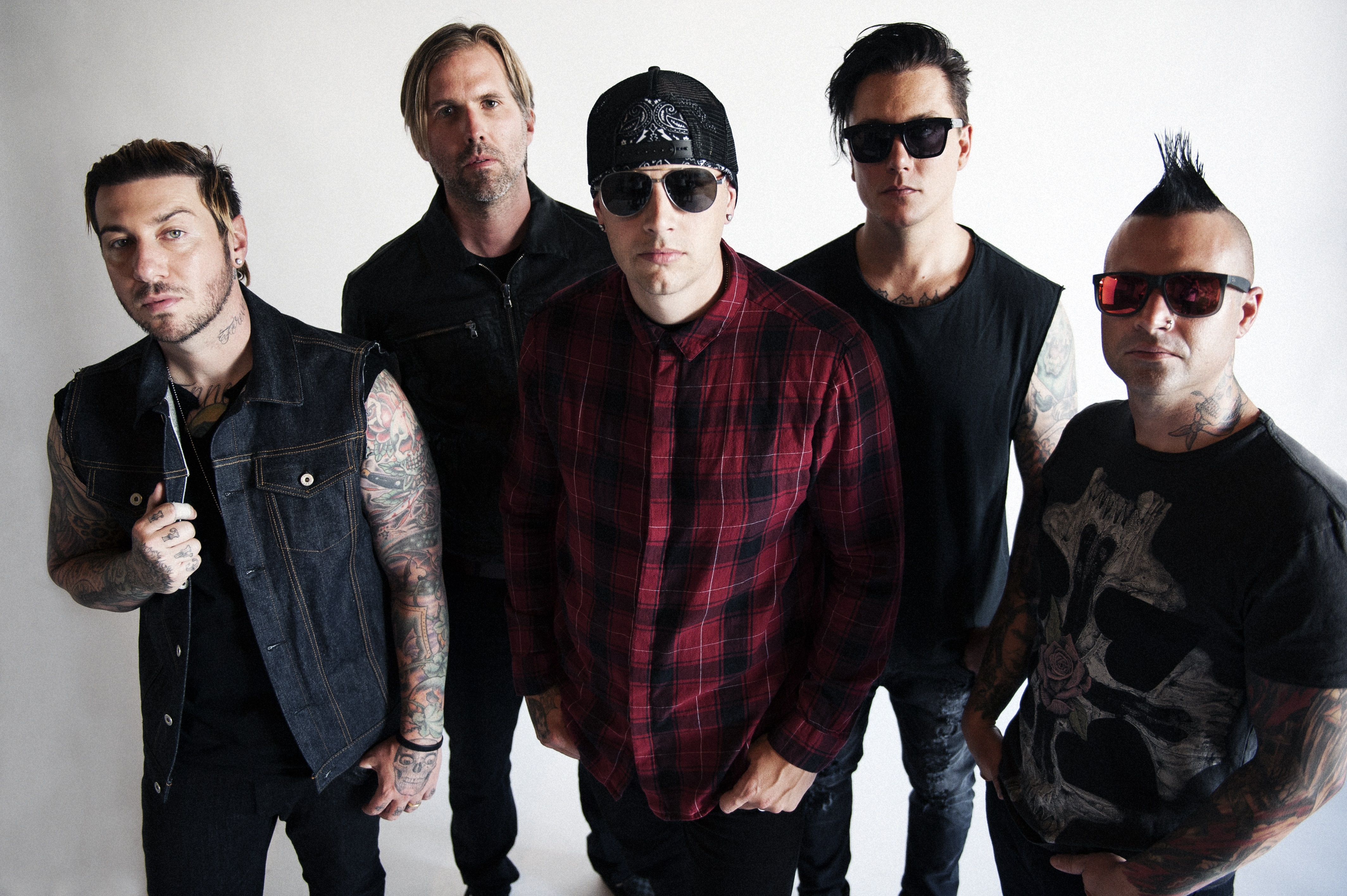 American rockers Avenged Sevenfold brought their ‘The Stage’ world tour to Birmingham complete with a stellar lineup of In Flames and Disturbed.

Opening up proceedings tonight are In Flames, playing to a half empty room is never an easy task and, combined with sound issues and poor stage lighting, they seem to be swallowed up in a total lack of atmosphere. After trying multiple times to get the crowd going, frontman Anders doesn’t get the reaction they needed or deserved. From what could be heard over the intense chattering of the audience, they seemed to be playing at the top of their game, it’s just a shame that it fell on deaf ears.

In what seems to have been billed as a ‘double headliner’, Disturbed take to the stage with a better sound, lighting and more of a “show”. Frontman Dan Donegan appears alone to play a short instrumental ‘The Eye of the Storm’ before being joined by his fellow bandmates for a riff heavy show. Complete with an impressive pyro display for each track, they are met with the type of audience they fully deserve. Older tracks such as ‘The Game’ and ‘Stupify’ sit alongside newer tracks like ‘The Vengeful One’. We even get a cover of ‘The Sound of Silence’ by Simon & Garfunkel. Their set finishes with the classic ‘Down With the Sickness’ which sees the audience really come to life, singing and mashing uncontrollably.

Finally, it is time for the main event. With the lights dimmed, Avenged Sevenfold take the stage to the biggest reaction of the night. Kicking off with an impressive rendition of the current title track ‘The Stage’ and launch straight in to the classic ‘Afterlife’. It’s easy to see how the Californian 5-piece have gained the following they have.

Overall, the band are tight and frontman M Shadows interacts with the crowd perfectly as long as putting in a stunning vocal performance. It is however Sinister Gates, lead guitarist and backing vocalist, who is the star of the performance tonight. Eclectic solos throughout the entire show bring together the rest of the band. However, it does feel like a tiny step down after the stunning show from Disturbed.

Highlights from the set include; ‘Chapter Four’, ‘Sunny Disposition’ and ‘God Damn’. The only song that feels out of place is ‘Angels’, the ballad doesn’t flow with the rest of the set and they could have chosen a better ballad from their back catalogue to showcase here. However, this is temporary and the heavy bass and riff-tastic ‘Nightmare’ blows the show back on course.

With the final duo of ‘Planets’ followed by a gorgeous ‘Acid Rain’, the band leave the stage to a thunderous applause. There are a few minutes of anticipation as the stage is reset and the band return. For the encore we are treated to a classic selection of hits which sees the anticipation unleashed and the crowd ‘going mental’ as the band delight. Starting with ‘Bat Country’, M Shadows gives a vocal delivery which is sublime. ‘A Little Piece of Heaven’ again sees the entire arena joining in on vocal duties. The show is brought to a conclusion with a cataclysmic ‘Unholy Confessions’. The band thank us for attending and reassure us that they will return to the UK soon.

Tonight was a great showcase of three major talents in the nu-metal scene. Amid sound issues, the three acts surprised and won over their legions of fans with a remarkable display. Whilst this may not have been a show for the non-hardcore fans of the scene, it would have won over some people and at least gained new followers for those who may not be aware of the back catalogues.