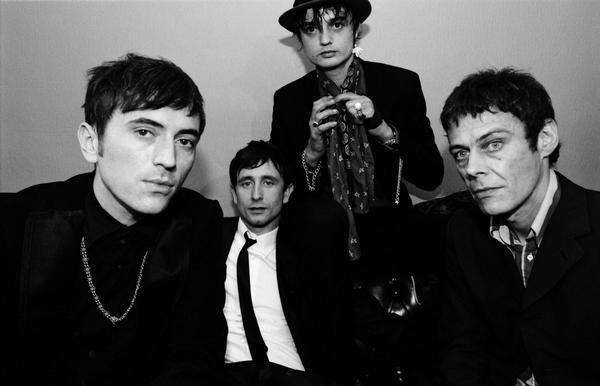 Arriving on time isn’t Babyshambles forte. With a history of either cancelling shows last minute or turning up many hours after their scheduled time, fans almost seem to expect disappointment when a Babyshambles ticket is purchased; but, the chance to see Pete Doherty live isn’t the easiest thing to come by.

Inside a moderately filled Birmingham O2 Academy, the time creeped towards 9PM; the time stated next to ‘BABYSHAMBLES’ on the sound desk, however as the time kept ticking, there was still no sign of the elusive Pete Doherty and band. After slow handclaps and jeers, It was 40 minutes before the crowd were able to erupted with cheers, as Pete Doherty led his merry men onto the stage and instantly into Shotter’s Nation track ‘Delivery’.

The ex Libertines legend led the group through a full set of hits, with newbie ‘Seven Shades’ leading the away amongst the early part of the set as fans screamed back the chorus. The bar was risen a few songs later as the opening guitar bars of ‘Kilimanjaro’ rang around the building. The audience bounced along as Pete lit a cigarette on stage, waiting to sing word perfectly to his ‘Down in Albion’ track.

With the release of forth album Sequel to the Prequel earlier this year, the set mixed between new and old well, with ‘Nothing Comes to Nothing’ receive a big cheer for the crowd. Pete was in jubilant mood, with each guitar change launching it into the air for his tech to catch off stage, each time getting gradually more forceful.

It wasn’t until the closing few songs of the set though did it really feel like a Babyshambles gig, an airing of ‘Time for Heroes’ felt right, followed shortly after with a rowdy version of ‘Albion’. It was the set closer ‘Fuck Forever’ , 20 minutes after the scheduled gig curfew, which left fans happy – not only did Pete turn up, he managed to put on a bloody good show as well.