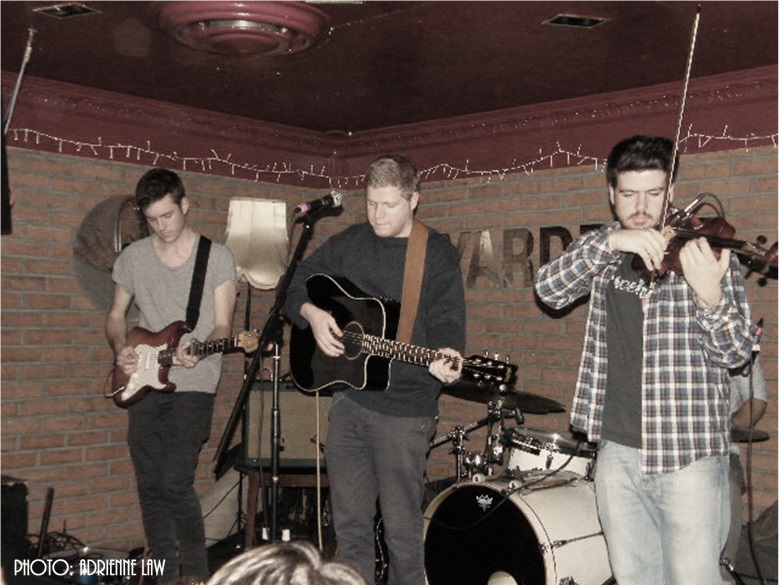 Phenomenal. Not a word to be thrown around lightly. Certainly not one I expected to be using to describe a walk-in gig on a cold Wednesday night in Birmingham city centre. And yet, as Dancing Years take unassumingly to the small stage nestled in the corner of The Yardbird, that’s exactly the impression I and the rest of the packed-out room will be left with.

On tour to promote their first single, ‘Here’s To My Old Friends’, the Leeds natives may already be a familiar sight to those who’ve seen them support the likes of Benjamin Francis Leftwich and Dry the River, or securing lucrative slots at The Great Escape and Wilderness festivals. Given the incessant chatter of the casual listeners that surround them, however, it seems that for tonight’s audience at least, they’re something of an unknown prospect.

During their hour-long set, Dancing Years more than rectify the situation.  ‘Borderline’, taken from their first EP, begins with a delicate blend of piano and violin, with David Henshaw’s fragile vocals hovering at the surface. Comparisons with the likes of Guillemots or Radiohead wouldn’t go amiss, the emotive lyrics and impressive dynamic range becoming apparent as it builds to a thrashing, heart-stopping climax, before fading back to the haunting opening refrain. Similarly, ‘Falling Wood’s acoustic sound ebbs and flows as the rhythm section dip in and out, lending weight to the gut-wrenching call-to-arms of the chorus, and greater poignancy to the quieter moments in the verse. “Bring out your heavy burden. Call off the hurts you hold in fear. Tell me how you feel.” It’s the kind of song-writing that stops you in your tracks, and it’s certainly having that effect in the Yardbird tonight.

With every song Dancing Years play, the applause gets that little bit louder, a little more enthusiastic. Older tracks like the beautiful ‘Suddenly Still’ and ‘April Makes Us Eager’ fill the room, sounding gigantic even in their calmest moments. Much of this is down to the sublime instrumentation that defines each and every song, pulling the listener in with a truly astonishing emotional and musical range.  Their cover of Broken Social Scene’s ‘Anthems for a Seventeen Year-Old Girl’ is no different, reworked so well that it fits seamlessly alongside their own back catalogue.

It’s on ‘Here’s to My Old Friends’, however, that it becomes clear just how a good a job the band have done. The whoops and cheers that follow its dying notes are those of dedicated fans, not casual drinkers, but in the past hour something of a conversion appears to have taken place. As they launch into their final track of the night, ‘Leaving the House’, there is only silence from the once-indifferent crowd, conversations abandoned as every head is turned towards the stage. It’s stunning to witness a band have such an impact on a room.

Phenomenal. Somehow the word doesn’t quite do it justice.