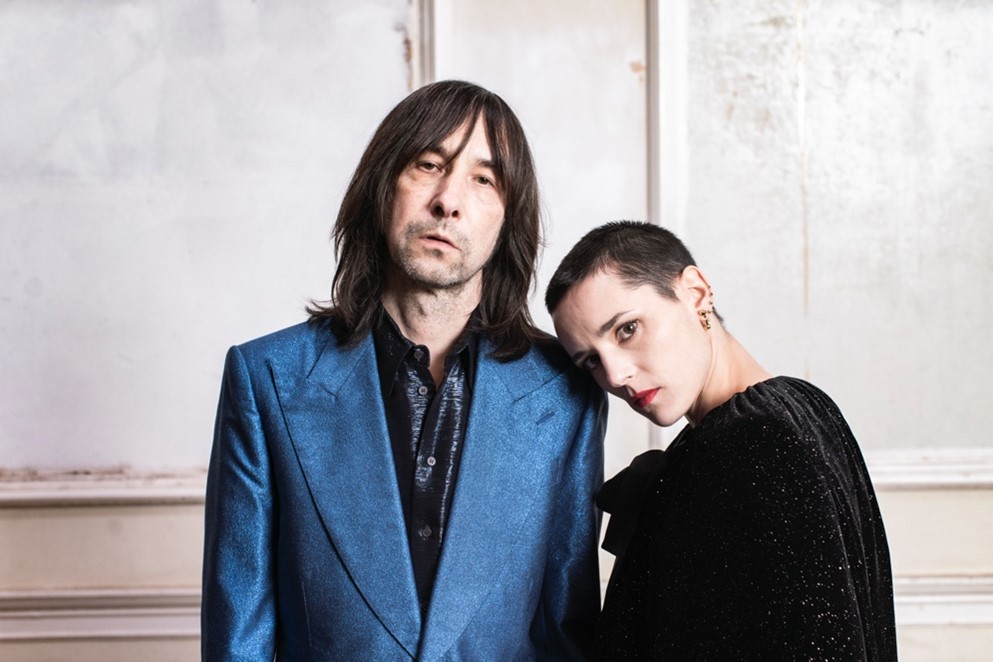 Bobby Gillespie and Jehnny Beth are the dream collaboration that no-one saw coming. But whether you’re a fan of Primal Scream, Savages or simply music coloured by drama and fervent emotion, their singles ‘Chase It Down’ and ‘Remember We Were Lovers’ are essential listening. In addition to initial critical acclaim, they’ve also picked up 6 Music airplay from Huw Stephens and Lauren Laverne plus key streaming support such as The Listening Post at Spotify.

As last Friday’s release of the duo’s debut album ‘Utopian Ashes’ draws near, Bobby Gillespie and Jehnny Beth can now announce details of their first live shows together. In addition to headline performances in specially selected historic venues, they will also play two shows for the inaugural London edition of the Pitchfork Festival. The tour concludes with a third Pitchfork Festival set, this time in Paris.

‘Utopian Ashes’ draws on the tradition of country soul classics, such as Gram Parsons and Emmylou Harris’s ‘Grievous Angel’ and George Jones and Tammy Wynette’s ‘We Go Together’, to deal with the heavy realities of love turning sour. It’s an album for people who have dealt with the inevitable sadness that comes with age and acknowledged the realities of life. There is no sweetening of the pill, but it does achieve what should be the goal of all good art: to make us feel less alone. And while it’s not autobiographical, it channels heartfelt truth from the songwriters’ own experiences.

Bobby Gillespie and Jehnny Beth first met in 2015, when they were both invited to perform with Suicide at the Barbican. The following summer she joined Primal Scream on stage for a duet of Nancy Sinatra and Lee Hazlewood’s ‘Some Velvet Morning’, which cemented their connection. In 2017, they convened in Paris for sessions, where their initial electronic-focused ideas gradually evolved into a richer tapestry of soul, country, blues and rock ‘n’ roll.